This article is written by Gaurav Kumar, from Surendranath law College (University of Calcutta). In this article, the author discusses unilateral clauses and the steps to avoid pitfalls in drafting such clauses.

These days the civil disputes are mostly resolved through the process of dispute resolution. The parties in the contract agreements exclusively choose the alternate dispute resolution clause stating that the arising disputes shall be referred to the arbitration. Since arbitration is a time-efficient process that requires less cost as compared with litigation, and the parties have confidentiality while their disputes resolve. Moreover, the parties have the liberty to choose adjudicators who are expert in the respective fields. Further, the parties are free to tailor the arbitral process according to their convenience. However, the arbitral awards are mostly binding except in certain cases where the awards can be challenged in the courts. The arbitration process may become costly where the parties challenge the award in the court of law. For the purpose of avoiding such situations, a well-drafted arbitration agreement is necessary. An agreement that is written skillfully and sounds clear, expedites the process, eliminating the confusions henceforth provides the arbitrators to make understand the rules and honours the parties.

There are certain circumstances, where the parties intentionally agree to have arbitration as an alternate dispute resolution mechanism along with the option to litigate and vice-versa. This option can be chosen by either of the party (unilateral clauses) or both of the parties (bi-lateral clauses). So, a party with strong bargaining power may seek flexibility in the unilateral clause. However, pursuing flexibility has certain risks. These risks come in the form of getting unilateral rights invalid and unenforceable due to a lack of certainty, mutuality and the doctrine of unconscionability. If any of the parties challenge the unilateral option to arbitrate, the beneficiary shall have the option to resolve the disputes through a way of litigation.

So, in case the court declares the unilateral option invalid and unenforceable when the award reaches the stage of enforcement, it also gets declared invalid and unenforceable, making the whole process a waste of time and money. So, in order to avoid such circumstances, the drafting of the agreement needs to be clear and precise. The courts have also emphasized the importance of drafting as the ambiguity in the drafting may cause delay and wasted costs making the award unenforceable. In this article, we shall discuss the use of optional clauses in the agreement and the difficulties pertaining to it. The steps taken while drafting to avoid future difficulties have also been discussed.

Unilateral clauses are the dispute resolution clauses that are preferred by either of the parties or a group of parties (not all) in an agreement to choose between arbitration and litigation to resolve a dispute. These clauses are one-sided, asymmetrical, non-mutual and sole-option clauses. The unilateral clause provides the facility to choose the dispute resolution method in the case which is at hand. These are most commonly used in finance contracts (loan agreements) where the parties having superior power of bargaining i.e lender preserves the advantage of opting for both arbitration and litigation. As such clauses provide the party to opt for arbitration in the regions where the judgement of the court is not enforceable in the jurisdiction of the counterparty where the assets are located and resort towards the court litigation if the unilateral option clause is unenforceable in some of the jurisdictions to obtain the judgement.

In a Clifford Chance Unilateral Option Clauses – 2017 Survey, it was noted that the courts in the UK and several other common law jurisdictions have upheld the unilateral clause as they represent the bargain of the parties, despite the advantages it confers on the parties. The other jurisdictions like Russia and Poland have found the clause to violate the equality of the arms and procedural rights of the parties. There are some of the jurisdictions like China, Bulgaria and some of the states of the United States which have found the unilateral optional clauses wholly invalid on the public policy grounds as morality, good faith, fairness, unconscionability, potestative condition, legal uncertainty and lack of consideration.

The unenforceability of clause in the light of unconscionability doctrine

Unconscionability is one of the major grounds on which the parties challenge the arbitration agreement. There are two major forms of unconscionability:

Several courts of the United States of America have taken into consideration the “unconscionability doctrine” while deciding the validity of the unilateral optional clause. In Armendariz v. Foundation Health Psychcare Services, Inc, the California Supreme Court held that an arbitration clause in a standard employment contract was unenforceable as it was unconscionable both substantively as there was unequal bargaining power between the parties and procedurally it was overly harsh and one-sided.  In Iwen v. U.S. West Direct, the Montana state court held the same position as decided by the California Supreme Court.

The Indian position in this regard is a little different. The Delhi High Court in Bhartia Cutler-Hammer Ltd. case held that where there is an absence of mutuality and conditional clauses in such cases the arbitration agreement shall stand invalid. The court emphasized the applicability of the bilateral option clause as it provides consent from both sides instead of a unilateral one. While deciding this case the court relied upon the judgement of Calcutta High Court in the case of Union of India v. Ratilal R. Taunk, where the court held that as per Section 2(a) of the Arbitration and Conciliation Act, 1996 when the arbitration agreement gives an option or liberty to one of the parties in the agreement to submit for any kind of development or differences to the agreement, such agreement shall cease to be an arbitration agreement. There must be an unconditional and unqualified offer in the favour of all the parties to the agreement, to exercise the option to submit if any kind of differences or development occurs in the arbitration. Further, the court further held that there need to be bilateral clauses and not unilateral ones for being valid and binding.

Similarly, in Lucent technology v. ICICI Bank, the Delhi High Court held the unilateral option clause to be invalid as it infringed the party’s right to recourse through the legal proceedings.

The position of Indian courts in this regard was quite unclear, as the clause was not applicable within Indian jurisdiction but it was applicable in the case of the English laws.

The arbitration law in Hong Kong states that the word “may” in the arbitration clauses can have unintended effects. It occurs in the context of multi-layered clauses where the parties need to resolve their dispute through negotiation before the parties can refer the dispute to arbitration. That means that if the clause leaves the space for the parties to commence litigation, the other party may request to stay the proceedings on the same page of arbitration where both of the parties are bound to stick to arbitrate, so that the word “may” effectively becomes “shall”. In  China State Construction Engineering Corporation Guangdong Branch v. Madiford Ltd, it was held that where the settlements can’t be reached by consultation, the matter shall be referred to arbitration.

Without knowing the other party’s preference that whether he wants to commence litigation or stick with the arbitration, the commencement of litigation by the first party on the use of the word “may” can result in unnecessary delay and costs. Moreover, if there is a breach of details it causes a loss of confidentiality. Further, if the clause uses may but lacks in any term defined as proposed arbitration i.e no place of arbitration, no referral to arbitral institution or rules, the clause doesn’t amount to a binding arbitration clause and if the defendant seeks a stay the courts will not compel arbitration. Such circumstances arose in the case of Hannice Industries v. Elite Union (Hong Kong) Limited, where the relevant part of the clause provided that “ where the negotiation is unsuccessful the parties may apply for arbitration where the arbitration clause lost its binding value. The intended flexibility is lost in such cases if the claimant commences the arbitration and the respondent seeks to challenge the arbitral tribunal jurisdiction on the basis of no binding value of the arbitration agreement.

If the parties wish to resolve their disputes under arbitration and no of the party goes to any forum seeking any kind of relief in such a case, the arbitral clause should clearly mention it by using the word “shall” instead of “may.” Hence, when there is a use of shall in the agreement and if the arbitration commences, no party can raise the dispute against such commencement. If another party turns for litigation it would be a breach of the arbitration agreement.

If the parties deliberately opt for an arbitration option by adopting a bilateral or unilateral clause in the agreement, there should be no use of the term “may” in the agreement.

The clause must clearly state that disputes shall be referred to the arbitration but either of the party or one of them has the option to refer the dispute in any court of that jurisdiction. The option clause needs to contain the following points:

The insertion of the “unilateral clause” in the agreement must be done with the utmost care, checking whether the clause considers the risks and it is necessary to have it or not. The specialised legal advice of the person must be taken with regard to these issues provided as under:

If there exists a main contract governing the relationship of the parties, the contract provides for amendments or modifications and one party’s action suggests amenability to arbitration then the party desiring the arbitration ought to amend the main contract by adding a clause. Further, if any other separate contract proposes litigation, then the drafter should include certain acts that will make the arbitration binding making the agreement void. The reliance over equitable estoppel to compel arbitration becomes unnecessary if these steps are taken.

The clauses must be drafted in a manner sounding clear and there shouldn’t be any kind of inconsistency while drafting the clause. The drafter should also check the test of the application of each of the provisions while reviewing an unfinished version to ensure that each of the provisions produces rational results.

The drafter needs to use the provision clearly and consistently providing singular meaning. There should not be any complex meaning that may lead the clause and arbitral award unenforceable.

The drafters of the arbitration clause must be well acquainted and draft it clearly without any kind of ambiguity. Any kind of ambiguity may lead to a deal and extra cost to the parties. An unclear clause opens the clause for more than one interpretation and the parties would be in a dilemma that they don’t have the understanding of their applied words. Further, it may create a risk of recalcitrant respondents taking the benefits of the ambiguity and make the dispute escape from resolving it through arbitration. 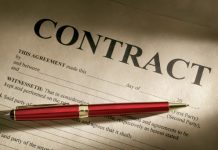 Landmark judgments on contract with a minor 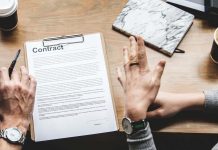