In this blog post, Supallab Chakravorty, who is currently pursuing a Diploma in Entrepreneurship Administration and Business Laws from NUJS, Kolkata, discusses the concept of insider training. 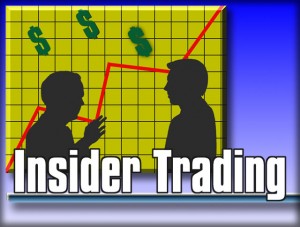 Insider trading is trading in company’s securities and bonds by those individuals who have access to price-sensitive confidential information which is otherwise not available to public about the company.  It is against the principles of fiduciary duty which an individual has undertaken in lieu of his duty and has in consonance of that duty got privileged access. A company is mandatorily required to annually report trading of stocks by corporate officers, directors, or other members of the company who are having access to privileged information to the Securities and Exchange Board of India (“SEBI”) and are duty-bound to disclose such information publicly.[1] 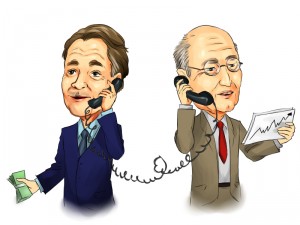 Problems are not restricted to insiders only, it extends to insiders “tipping” related persons and friends about such price sensitive information which will have the effect of influencing the price of publicly-traded shares/securities.  However, problem arose while prosecuting such individuals because friends or relative do not satisfy the definition of an insider. Presently, any person who is receiving is expected to abide by the same duty as an insider would be liable to.  Simply put, no person should take advantage of privileged information while trading in shares.  Thus, the scope of defining an insider has increased, and anyone trading in securities should be careful about not engaging due to the influence of price sensitive information. However, the person should have done so with knowledge of using price sensitive information is a pertinent pre-requisite to being prosecuted and convicted under insider trading laws.

Summarily, insider trading is dealing in stocks and securities of a public/private listed company by a member of the organisation, directors, workers or employees who have access to inside information or any other person such as an internal auditor, legal or financial advisor, consultant, data analyst etc., who have the knowledge or are in potential position to gain access to inside information of price sensitive nature which is otherwise not available to public in general. Exchange Commission all over the globe considers preventing such transactions as an essential obligation to regulate the capital market system because insider trading challenges the confidence of investor in the fairness and integrity of the securities markets.[2] 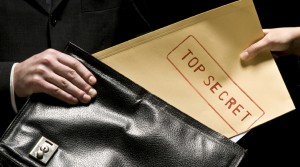 Who is an Insider?

Insider has not been defined in either of the Companies Act. However, the definition of an insider under Indian legal system is derived from a collective reading of three definitions under Insider Trading Regulations. Under the regulation, insider is defined as any person who is: i) a connected person; or ii) in possession of or having access to “unpublished price sensitive information.[3] As we delve into the definition of connected person, we can see that from an objective kind of definition the regulation is narrowing it down to a more subjective definition giving away a list of person who will be considered to hold the same duty of care as an insider.

(i) any person who is or has during the six months prior to the concerned act been associated with a company, directly or indirectly, in any capacity including by  reason of frequent communication with its officers or by being in any contractual, fiduciary or employment relationship by being a director, officer or an employee of the company or holds any position including a professional or business relationship between himself and the company whether temporary or permanent, that allows such person, directly or indirectly, access to unpublished price sensitive information or is reasonably expected to allow such access.

(ii) Without prejudice to the generality of the preceding, the persons falling within the following categories shall be deemed to be connected persons unless the contrary is established, –

(a) an immediate relative of connected persons specified in clause (i); or

(c) an intermediary as specified in section 12 of the Act or an employee or director thereof; or

(d) an investment company, trustee company, asset management company or an employee or director thereof; or

(e) an official of a stock exchange or clearing house or corporation; or

(g) a member of the board of directors or an employee, of a public financial institution as defined in section 2 (72) of the Companies Act, 2013; or

(h).an official or an employee of a self-regulatory organization recognized or authorized by the Board; or

(i).a banker of the company; or

(j).a concern, firm, trust, Hindu undivided family, company or association of persons wherein a director of a company or his immediate relative or banker of the company, has more than ten per cent. of the holding or interest;[4]

However, the definition takes help of rebuttable presumption of law in order to bring those people, like immediate relatives or those specified above within the ambit of duty of care, who may seemingly not occupy a position in the company but are in regular touch with the company and are also getting ready access to company’s operation and price-sensitive information. The act seems to close in on that person only who have access unpublished price sensitive information thus the final definition that should be collectively read is unpublished price sensitive information which is defined by the regulation as any information, relating to a company or its securities, directly or indirectly, that is not generally available which upon becoming generally available, is likely to materially affect the price of the securities and shall, ordinarily including but not restricted to, information relating to the following: –

(iv) mergers, demergers, acquisitions, delistings, disposals and expansion of business and such other transactions;

(vi) material events in accordance with the listing agreement.

Apart from the definition so provided by Indian statute, for a deeper understanding of the term it is useful to look into the American jurisprudence of the term because much of what we see today of insider trading regulation is actually derived from U.S. The first country to fight illegalities of insider trading was U.S. vide its exchange controller called Securities and Exchange Commission. It is empowered under the Insider Trading Sanctions Act, 1984 (“Sanction Act”) to impose civil and criminal liabilities of penal nature over and above criminal proceedings on people engaging in menace relating to insider trading.

Sanction Act defines “insider” as a company’s officers, directors, or someone in control of at least 10% of a company’s equity securities.  The nexus of criminalizing an insider is for using non-public information that violates the fiduciary duty with which the company has entrusted the person. The definition for determining an insider provided by the Sanction Act is quantitative, whereas definition provided by the decisions of the court is subjective in nature and holds all the people who are in possession of price-sensitive information responsible under Sanction Act.

U.S. Supreme Court gave a landmark decision while delivering the judgment of Dirks v. SEC[5] on insider trading wherein the Hon’ble Court held that a prosecutor could charge even tip recipients with liability under breach of insider trading laws if the recipient had reason to believe that disclosure of such information violated another’s fiduciary duty and if the tip recipient personally gained from acting upon the information. The case also gave birth to the constructive insider rule, which includes professionals working with a corporation on a regular basis as insiders if they come into contact with non-public information.

The recent emergence of the misappropriation theory of insider trading has given effect to press note on “Trading “by” material non-public information in insider trading cases”[6] which permits criminal liability to be imposed on individuals who deals on any stock based upon the misappropriated information.  Previously, the prosecution was restricted to insiders and only if the stock of the insider’s company had been traded.  However, the judgment and the press not has given a wider definition to violators of insider trading policy. Although gathering proof of insider trading can be difficult, the SEC actively monitors trading, by being on watch out for suspicious activity.[7] But a defendant can take the defense of an affirmative pre- planned trade.

The U.S. Supreme Court cases expounded on 10(b) in a number of cases like in Tellabs, Inc. v. Makor Issues & Rights, Ltd[8]  where the court decided that the required specification whilst alleging fraud the prosecutor needs to draw a strong inference that the defendant acted with the required state of mind.  By “strong inference”, the Hon’ble Court means a showing of “cogent and compelling evidence.” [9]

The key take away from this essay is that while dealing with stocks and securities of a company, one must be reasonably careful so as not to fall false of any insider trading laws. Because, given the growing ambit of the meaning of insider, any person which includes a corporation and its directors can get entangled in litigation proceedings unnecessarily. Proving one’s way out of such proceedings is even more difficult in such cases.