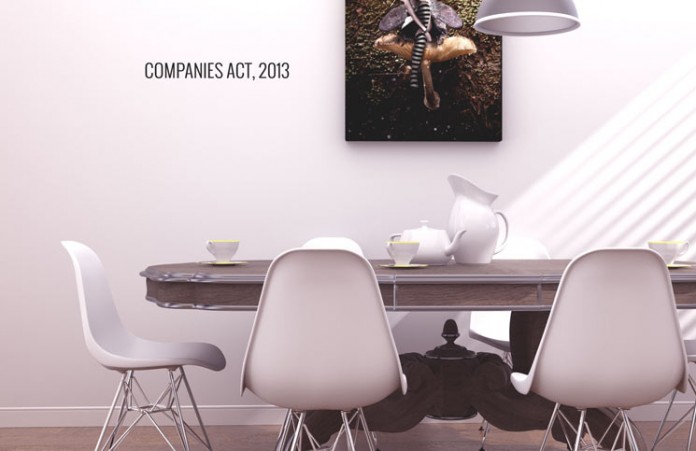 In this blog post, Rebecca Furtado, an Instructional Analyst and a Lawyer who is currently pursuing her MA from Indira Gandhi National Open University, New Delhi and a Diploma in Entrepreneurship Administration and Business laws from NUJS, Kolkata, discusses the process of calling a board meeting under the Companies Act, 2013. 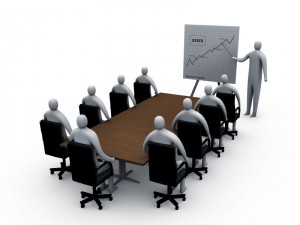 We witness the whole idea of a meeting or meetings in our everyday life. This may be an informal get together with a close friend, or a meeting for an interview, or simply a Society Annual General Meeting. The basic idea underlying the concept of a meeting is coming together to raise a common consensus for a matter or a particular cause.

A meeting as defined by the Miriam Webster dictionary as “a gathering of people for a particular purpose.” This purpose may be social business or a corporate business deal. A meeting is held with a specific purpose, that is, to debate upon certain related issues or to take decisions. Meetings are held specifically for an end game purpose at a pre-defined place, time and with a specific agenda in mind.

In a corporate set-up, a meeting is an important aspect in the running of the company. A meeting in this context is important not only because important resolutions are discussed and taken, but other matters pertaining to the running of the company and management are discussed herein. These meetings are classified into two main categories, i.e., organizational meetings and operational meetings. While the former deals with matters dealing with shareholders and the management, the latter involves meetings with the management and employees of different committees like the sales, marketing, etc.

Meetings are an important element in the running of a corporate set-up, and this is made evident through the laws set up under the Companies Act, 2013. 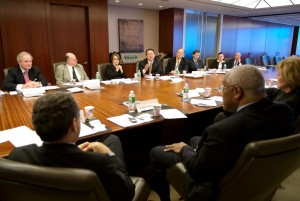 Calling a Board Meeting

A Board meeting is called by the directors of the committee. The company directors exercise their powers collectively at a Board Meeting. As per the old Companies Act, 1956, a board meeting had to be held once in three months with at least four meetings in a year. Under Section 285 of the Companies Act, 2013, every company must hold a board meeting at least once in every three months and at least four such meetings should be held every year[1].  If a meeting is called within the given period, then it would not amount to a violation, though it could not be held due to want of a quorum[2].

This meeting should be held within 30 days from the date of incorporation with a 120 days’ gap between two board meetings. The meeting can be held in person or through video conferencing. In Smith v. Paringa Mines Ltd[3]., it was held that a meeting held in the passageway outside the director’s office is valid and also constitutes a meeting.

Notice for the Board Meeting

There is no note about the form in which a notice is to be given, nor the mode of service to be used while delivering a notice. In A. Chettiar v. Kaleeswarar Mills Ltd.[6], the Court held that if the Directors are told in advance about the time of the meeting on a particular day of every month, this will amount to compliance with the law.

Agenda for the Board Meeting

Quorum for the Board Meeting

The quorum for a Board Meeting is one-third of the total number of the directors of the company or two directors, whichever is higher. If the quorum is not present then, the meeting will be adjourned to the same time and place on the same day in the following week. As seen in Hood Sailmakers Ltd. v. Axford BCLC[7], it’s pertinent to note that a “meeting” where one director is present irrespective of the number of the people present is not a valid meeting.

Conducting a Board Meeting

The Articles of Association of a Company provides for the manner or procedure in which an item or business has to be conducted at a Board Meeting. A majority of votes resolves all debates, questions, or resolutions and if a consensus is not obtained than the Chairman of the Board of Directors has the casting vote in case of an equality of votes.

Recording of the Proceedings of the Meeting

Resolution of the Meeting

Under Section 292, the following six powers can be exercised by the Board of Directors, with regards to passing of resolutions in a Board Meeting and not by Circulation:

A meeting of the Board of Directors on a periodic basis is always the wisest thing as it not only exponentially reduces the time taken on passing resolutions but also clears the air in case of disputes. It also paves the way for substantive dialogue when dealing with issues that are vital for the growth of the company. It ensures the upkeep of the company as well as improves relations between the Board of Directors. No one is kept in the dark about the day-to-day dealings of the Company.

If you want to learn more about COMPANIES ACT, 2013 you can take up a three months certificate course or a one year diploma from LawSikho.