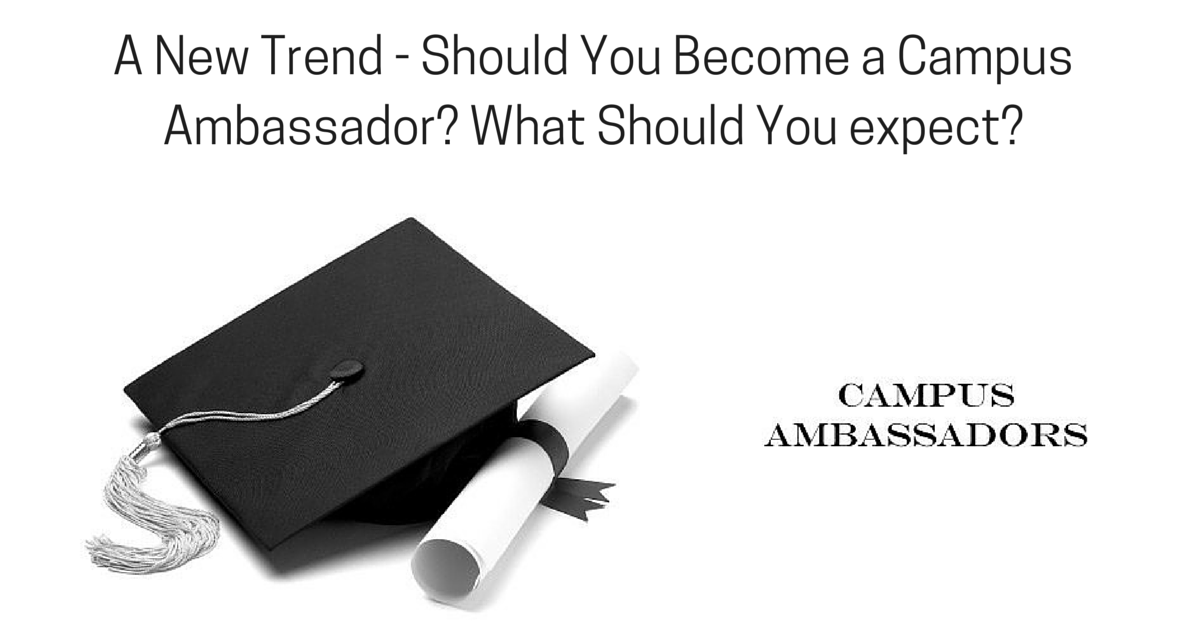 Do you want to become a campus ambassador? Does it help a student? Here is an article by Anupam from RMLNLU, Lucknow. What happened when he became a campus ambassador of MTV? Over to Anupam.

One summer evening I got a call from a person who told me he was calling from MTV. He asked me if I would like to become their campus ambassador in my college. I was surprised because it was out of the blue and to an extent flattered. I had never applied to them. And they offered incentives such as goodies, invitations to MTV parties and meeting with VJ’s. Even though I had my doubts about the genuineness of the offer, I agreed. I could see no potential harm.

These days the internet is full of Campus Ambassadors offers. It is the latest marketing technique and almost every brand is trying to make the most of it. Of late even political parties have used it as a tool to promote themselves among the youth. It’s a not at all expensive and gives a personal touch to the social networking promotions by these brands. So far, so good. But what about the campus ambassador? Does it help the poor guy doing the running around?

There is no straight answer to this. If you see the job from the lens of a student, the job might seem full of hardships. It for sure eats into your time, which can be better utilized for academic assignments. There have been times where I had to choose between the two. And that has lead me to overshoot deadlines and face the wrath of my handlers (obviously I can’t let my grades suffer). The college administration offers no relaxation as they don’t really care about the roles you pick up which are not concerned with college. Being in a student committee can at least get you attendance in case you are falling short. Also no</span> one is grateful enough for the work you do. Hardly anyone

Also no one is grateful enough for the work you do. Hardly anyone cares, unless you are distributing freebies and the most that will happen is some fellow students despising you for landing such an opportunity. But it also helps keep you busy for the times when there is nothing to do. I had of such moments when there was absolutely nothing to do (there is always an option to sleep but I was tired of that too).

But if you keep the role of a student aside, such opportunities have a lot to offer. If you look at the bigger picture it teaches you some qualities that never go waste. For one it teaches you how to control and make optimum use of the resources at your disposal. You may be given a task without a modus operandi and you have to figure out on how to go about it. There is almost total autonomy. Time management and prioritization are of essence. Sometimes some of your activities might suffer, so you end up finding creative ways to mitigate the damage. Making difficult choices might not seem difficult anymore. The feeling that you are a part of a big organization always makes you feel good. In my opinion it teaches you qualities that one can only garner through practical experiences.

Initially I was frustrated by the lack of clear communication with my handlers and thought my fears of it being a sham are coming true. But with time I got a hang of how things are to be done. Often I am rewarded with goodies and invitations to their parties. They also invite me to their shooting sets (unfortunately the sets are in Mumbai; too far for me to go). All in all, my experience as a campus ambassador has been very rewarding.