In this blog post, Varun Chauhan, an Associate at Dhir and Dhir Associates, New Delhi with the Corporate Advisory and Loan Structuring Team who is currently pursuing a  Diploma in Entrepreneurship Administration and Business Laws from NUJS, Kolkata, deliberates on whether the benefit of Indexation is available while computing Capital Gain arising on transfer of Short-Term Capital Asset. 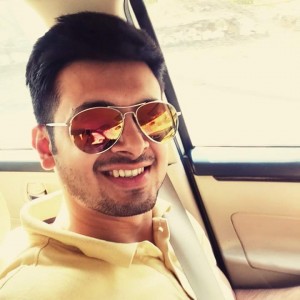 Before discussing the primary question on availability of benefit of indexation, it is important to apprise ourselves of some key terms and concepts that are going to appear in the forthcoming deliberation. 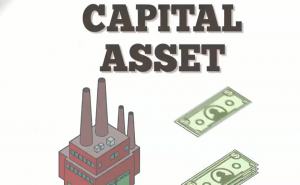 A capital asset is a type of asset that is not easily sold in the regular course of a business’s operations for cash and is owned for its role in contributing to the business’s ability to generate profit.[1]

“Capital Asset” means property of any kind held by an assessee, whether or not connected with his business or profession, but does not include-

Explanation – for this sub-clause, “Jewellery” includes-

Any gain/profit that is derived after disposing of/transferring a Capital Asset is known as Capital Gain. Such income in the form of gain/profit is taxable under Indian laws (Income Tax Act, 1995) under the head ‘Capital Gains’.

Categorization of Capital Assets as Short Term and Long Term:

Indexation is a technique to create a proportionate balance between the taxable incomes (capital gain) with the current rate of inflation. As the capital gain/profit is taxable, the technique of indexation provides a level playing field to an assessee so that only real component of his income (capital gain) is taxed. For this purpose, Government has prepared a Cost Inflation Index (CII) taking Financial Year 1981-82 as the base year. Every year Government updates the CII for taxation purposes. Following is the CII[4] updated till 2016-17:

Indexed Cost of Acquisition (ICA) is calculated to defeat the effects of inflation on your Capital Gain. This method, as already discussed, helps to achieve the real motive behind taxing the income of a person. As inflation engulfs a large portion of a person’s returns from different investments (by reducing the purchasing power of money), it becomes all the more important to chalk out a policy to minimize this risk of paying enormous unjustified tax on Capital Gains so that only real Capital Gain can be taxed. With the help of CII, Indexed Cost of Acquisition (ICA) can be ascertained as follows for computing Indexed Capital Gain: 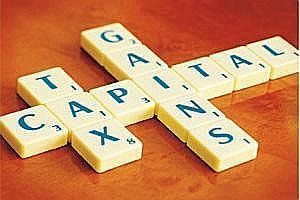 The rationale behind this rule is to revamp investment sentiment in the economy. By providing the benefit of Indexation only to the Long Term Capital Gain Transactions, Government ensures that people invest in the Capital assets for a comparatively longer period, thereby infusing steady money into the economy. Therefore, Indexation acts as an incentive for taxpayers and ultimately results in more money being pooled in for more productive endeavors.

Mr. A acquires a plot of land for Rs 10000 on 21st June 2010. He sells that land on 20th February 2015 for Rs 15000. Apparently, his non-indexed Capital Gain amounts to Rs 5000 (15000-10000). But Mr. A can take benefit of Indexation as his period of holding is more than three years (as the minimum period of holding for real estate asset is three years). For calculating ICG of Mr. A, we need to ascertain his Indexed Cost of Acquisition (ICA) by applying the formula mentioned in the preceding paragraph i.e.:

Therefore ICG of Mr. A amounts to:

An assessee can take the benefit of Indexation if he makes Capital Gain on his Long Term Capital Asset. Earlier, he also had the option to choose if he wants to use this benefit or not in certain circumstances, but now this practice has been done away. The following Table shows current tax rates for both the categories of Capital Gain Transactions:

20% with Indexation Benefit STCG 1.    On Shares (equity and preferential)

Added to Income of Assessee and taxed as per his Income Tax Slab Rate.

Therefore, any LTCG transaction can avail the benefit of Indexation which lowers the taxable amount of Capital Gain earned in that transaction. In this manner, the assessee is relieved of the tax burden to a great extent. And sometimes even the tax liability becomes nil when the Indexed Cost of Acquisition (ICA) amounts to a greater value than the actual sale consideration.

However, such benefit is not available to any STCG transaction. Any STCG is added to the income of the assessee and taxed according to his Income Tax Slab Rate only.

[1]Definition given by Investopedia, Can be reached at:

[3] With effect from the assessment year 2017-18 onwards. Currently, it is three years.

[4] As taken from the Website of Income Tax Department, Government of India, Can be reached at http://www.incometaxindia.gov.in/Pages/charts-and-tables.aspx, Last visited on 22nd June 2016.