Essentials of Section 494 of IPC 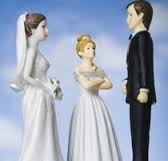 Who can file a complaint

Example: “A” was married to “B” who is his wife and due to some fights she left her in-laws place and went to her parental home. Then after some days, her husband married another woman. In this case, “A” is to be called as a bigamist.

Thus Allah was concerned about the suffering and thus polygamy was introduced as follows.

According to Section 493 of IPC

According to Section 496 of IPC

Essential ingredients to constitute the offence

Conversion for the purpose of polygamy

Why is bigamy illegal

Who can file bigamy charges

In the case of women

In the case of a husband

Rights of the second wife

Child from the second marriage