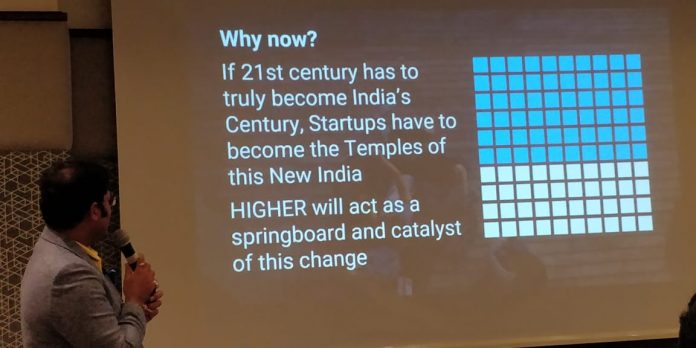 My friend Siraj invited me to an event. What is it all about? He said that the Congress President of Haryana wants to meet young startups and influencers and understand what should be the vision of Congress.

Sounds interesting, but I don’t think I can make it, I said.

Siraj insisted, why don’t you come once, you will not regret!

So that’s how I found myself in a room with Dr. Ashok Tanwar on a Saturday evening, at DoubleTree by Hilton. Mostly because I like Siraj and find it hard to say no to him.

At some level, I was curious too. What is Congress doing after the recent drubbing at general election?

To be honest, elections come and go. Some or the other party wins. But it is hard to find politicians with a vision. I would say When I walked out a couple of hours later, I began to feel that that there may be still some politicians who have vision, who care about getting things done and are not necessarily bad!

That is something Ashok Tanwar emphasized again and again. Politicians are not bad. There may be a small percentage of wicked politicians, but our country has come this far because we had well-meaning, powerful politicians who could unite people and move forward.

At the time of independence, we were in a horrible state. We were a country with one of the lowest per capita income in the world. Only 30 villages in the whole country had electricity. Famines and floods were ravaging the country.

Pakistan’s GDP were growing much faster than ours at that time, and their per capita income was higher!

We have come a long way from those days. And the fact that our country never became a military or political dictatorship, that we had rule of law and a working democracy is a big deal. And that is why India is a global player, a force to be reckoned with.

We have a long way to go, but we need careful steps. The economic slowdown we are experiencing today is threatening many things. In our generation, we have not ever seen a structural slow down, we have almost always lived in an economy that has been growing, in fact, booming.

My interaction with Dr. Ashok Tanwar made me feel that he could be one of those leaders that we so badly need.

Here are some of his ideas that I really liked:

The best thing is that these things are not one off initiative. It turned out that he has been engaging with entrepreneurs once a week through such events. Wow.

I really hope Dr. Ashok Tanwar succeeds. It is a pleasure to see a politician work so hard for entrepreneurs and engaging with the youth.

I told him about two problems that I really want to see addressed. One is rampant cyber crime. The government has pushed us into Digital India, which is great, but has completely failed to create a policing system or a security mechanism, and as a result we probably have nobody left in the country who either faced online fraud or at least faced an attempt for cyber fraud. This has to stop! Government must create a specialised force with adequate manpower to take on cyber criminals!

The other point I raised with him was about the reluctance of state governments to spend money on the lower judiciary! USA has 100 judges per 1 million population. Most developed countries have at least 50. We have about 10-12 posts of judges per million people, which also remain vacant half the time! Even many judges are forced to work with pathetic infrastructure!

How can our country progress with such low investment in the judicial system? Why can’t State of Haryana lead the way by having 50 judges per 1 million of population?

Dr. Tanwar heard me. He did not say much apart from saying that we need a lot of discussion around this at the highest level.

I promised Siraj by the time I left that I will write about Dr. Tanwar and his ideas. I had comfortably forgotten. Finally I penned this down today after some follow up from Siraj, but I am glad that I did.

If you are a lawyer in Delhi NCR and would like to meet Dr. Tanwar, I am thinking of organizing a meeting with him. I am yet to meet any other politician who is doing this kind of outreach in this part of the country. Why don’t you meet and share your ideas about what we need to transform the legal system of Haryana?

As he is in the opposition now, he can raise these issues with the government. And if someday he comes to power, I hope he will remember our suggestions. We will certainly remind him! After all, we all hope to see our country move forward.