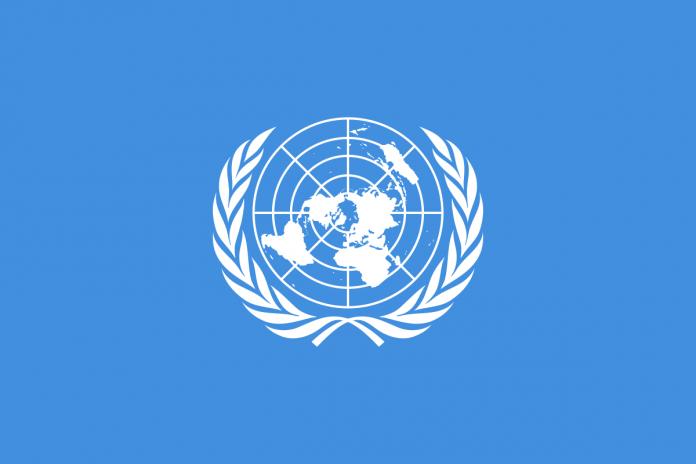 This article is written by A. Jonah Elisa Shiny.

The main idea behind the creation of the United Nations is to promote peace, dignity and Equality on a healthy planet and it is similar to the ideas of Kaniyan Poongundranar from the Sangam Age (6th Century BCE- 1st CE), an influential Tamil Philosopher who had Quoted in his literature  ‘Purananuru’ that all the people are kith and kin, all people are World Citizens. The failure of the League of Nations on the one hand and the horror ruthless destruction caused by the second world war on the other hand disturbed many minds, especially in allied countries.

They expressed the desire to establish peace even when the war was in progress. The first  ‘Declaration by United Nations’ dates back to January 1, 1942, when representatives of twenty –six nations pledged their governments to continue fighting together to defeat the Axis Powers and to obtain a “ just “ peace. Deliberations became intense after the termination of the war which resulted in the creation of the United Nations Organization on October 24,1945.

The United  Nations was therefore founded in the ashes of a war that brought untold sorrow to mankind. The Basic issue with which the drafters of the  United Nations charter dealt was, in essence, unchanged from the one Woodrow Wilson and his European counterparts had faced in 1918-1919. They wanted to create an Organizations that would, indeed, be a definite guaranty of Peace.

Chronological events towards the establishment of the United Nations

The important events leading to the establishment of the United Nations are as follows:

Importance of the United Nations Charter

The preamble of the United Nations is preceded by the words ‘Charter of the United Nations’. It indicated the title of that legal instrument and the name of the Organization constituted by it. The Charter is a multilateral treaty, albeit a treaty having certain special characteristics. The term ‘ Charter’ was regarded as more appropriate designation of the constitution of the International Community than the covenant, the name given to the Statute of the league of Nations. The term ‘ charter ‘ refers to the contents of the treaty whereas the term Covenant refers to the contract form of the contents.

The purposes for which the United Nations was established are laid down in Article 1 of the  Charter. They are as follows:

The International Court of Justice in the case concerning East Timor (Portugal v Australia) has also observed that the principle of Self- determination of peoples has been recognized by the United Nations charter and in the Jurisprudence of the Court, it is one of the essential principles of Contemporary International law.

Self –determination of peoples used in Article 1, para 2 means only sovereignty of states. Thus, in the general sense, Self-determination involves accession to independent statehood for those people who were subjected to colonial domination or to people who inhabit  a non- self-governing territory.

The principle of Self-determination has two aspects, viz; External and Internal. By virtue of external aspect, the people of a nation determine their International political status themselves either by Secession or by the formation of an independent State. The internal aspect recognizes their right in their economic, social and cultural fields.

The United Nations Declaration on the granting of Independence to colonial countries and People’s addressed the right to self-determination to territories under colonial possession. The International Court of  Justice endorsed this view in the Namibia case (1970) and in the Western Sahara Case (1975).

In both cases, the court found that the declaration of the General Assembly only affirmed the Principle of Equal rights and self-determination as a policy in relation to trust and non-self-governing territories. This principle has also been endorsed by the Court in the east Timor case.

During the Second half of the twentieth Century the International law of Self –determination developed in such a way as to create a right to independence for the peoples of non-self-governing territories and peoples subject to alien subjugation, domination and exploitation.

Article 1, Para 3 of the Charter lays down two purposes of the United Nations which are closely related to each other.

Essential principles of the United Nations

2. Juridical personality under National laws of the members

Article 104, Article 105 signifies that the United Nations possess the Juridical Personality in the field of the national laws of the members. The Convention on Privileges and Immunities gives a detailed enumeration of the Privileges and Immunities which shall be granted to the representatives of the members of the United Nations.

Major Achievements of the United Nations

The Charter of the United Nations in order to meet the challenges of the Present time is required to be amended. Reforms in the structure of the United Nations and its working system is desirably to be made so that all the member states may participate in all the decisions of the Organization. The Principle of Sovereign Equality of member States and the democratization of the United Nations system as a whole should be followed. It may be stated that reforms may be made by making amendments in the Charter.

Organs of the United Nations

The United Nations (U.N) is an International Organization founded in 1945. It is currently made up of 193 member states. It’s mission and work guided by the purposes and principles contained in its founding charter and implemented by its various organs and specialized agencies. Its activities include maintaining International peace and security, Protecting human rights, delivering humanitarian aid, Promoting Sustainable development and upholding International law. The forerunner of the United Nations was the League of  Nations, an organization conceived in circumstances of the First World War, and established in 1919 under the Treaty of Versailles to promote International Cooperation and to achieve Peace and Security.

The main organs of the United Nations are:

Here are the functions of the main organs of the United Nations :

The UN System, also known unofficially as the U.N. family is made up of the United Nations itself (6 main Organs) and many affiliated programmes, funds and specialized agencies, all with their own membership, leadership and budget. United Nations’ contribution to the world

APCTT- The Asian and Pacific Centre for Transfer of Technology.

UN WOMEN– United Nations Entity for Gender Equality and the Empowerment of Women.

ESCAP– United Nations Economic and Social Commission for Asia and the Pacific.

United Nations, being the World’s largest democratic body of all nations. It has played a crucial role making this human society more civil, peaceful and secure. Its responsibility towards humanity provides stability in the world. It aims to build a democratic society by preserving the Earth’s Ecosystem in Concern with climate change. The United Nations is a Unique International Character, who can take action on the Issues Confronting humanity in the 21st century such as peace and security, Climate Change, Sustainable Development, human rights, Disarmament, Terrorism, humanitarian and health Emergencies.

Like the human body comprises of the basic organs such as the Heart, Lungs, Liver, Kidneys, Stomach, Intestines, Pancreas for the Proper functioning of the homo sapiens. The United Nations body comprises of important organs such as the General Assembly, Security Council, Trusteeship Council, Secretariat, ECOSOC. The essential and proper functions of the organs in a human body lead to the healthy growth of homo sapiens in the world. The mandatory and proper functions of the United Nations Organs in a United Nations body leads to the development and growth of Homo-economicus in the World.