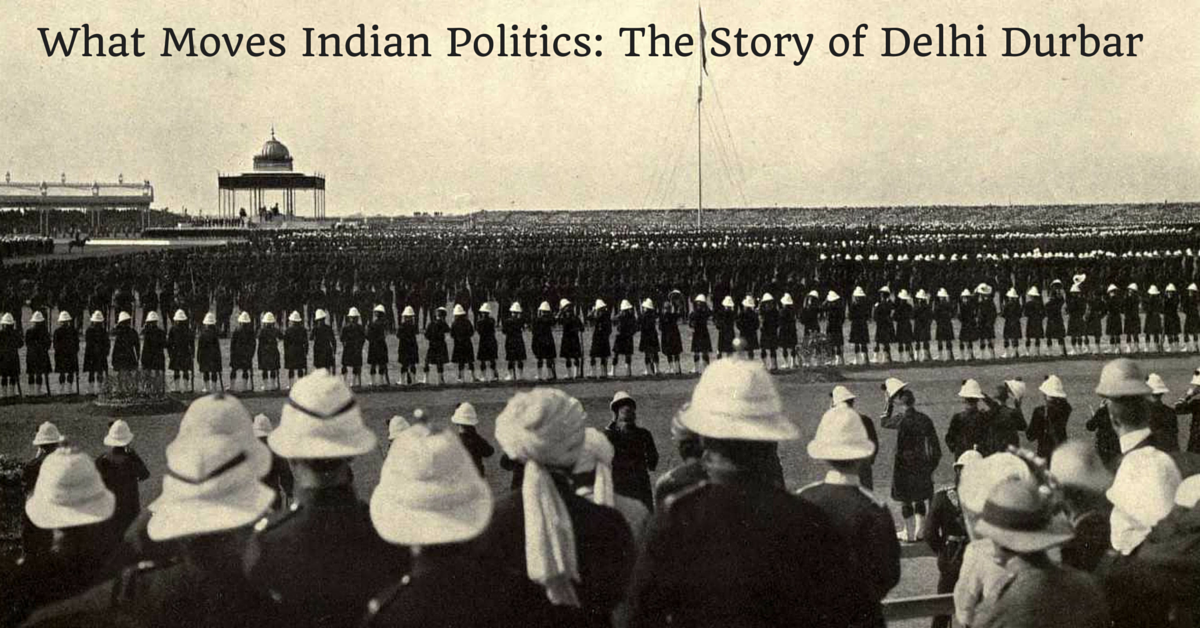 This article is being republished from A First Taste of Law archives.

Hello, good people, Merry Christmas! While I have been busy in other things and couldn’t write a single blog post in the last couple of weeks, Jay Sayta has again saved the day with his post on Delhi Durbar – a book on political fiction. He spoke to the author of this truly extraordinary and interesting political thriller, in which the protagonist manages the invisible funds of the political leaders. Read on if you want to know more.
If you are interested in buying the book, you can do so over here without even having to visit a bookstore at a 22% discount – Delhi Durbar (you can order it on Flipkart, pay cash on delivery).
Over to Sayta.
——————————————————
While I have always been an ardent fan of popular fiction, particularly the works of Jeffrey Archer and Frederick Forsyth, I have not been finding any Indian fiction author that I really liked – until recently. Bored with reading bestsellers, I was browsing through recent popular Indian fiction when a relatively obscure novel titled ‘Delhi Durbar’ caught my attention. The novel claimed to be a political thriller set in the backdrop of a hypothetical third front government coming to power. The publishers even gave a ‘Love it or money back’ guarantee. Curious, I purchased the book and immediately started reading it.

And the novel did not disappoint me. The novel is the narrative of the protagonist-Jasjit Singh Sidhu, a political wheeler-dealer whose job is to shovel the money looted by our ‘men in khadi’. His latest assignment is managing the funds of the recently elected third front Prime Minister, Paresh Yadav. The novel then goes on to describe the horse-trading and arm-twisting that takes place during the BCCI elections; the caste and reservation politics played by our politicians for petty electoral gains; and the mind-boggling amounts of unaccounted wealth in the hands of our politicians.

The main theme of the novel, however, is the threat of a military takeover of the third front government by the President (who happens to be an ex-Army chief). It raises pertinent questions as to the threat to India’s democracy by the executive; while the post of the President is a ceremonial one, India’s first citizen still enjoys a number of discretionary Constitutional powers which may be used to wretch the pillars of democracy (especially when the President is a person with considerable clout in India’s armed forces). Delhi Durbar serves as a reminder of the gory excesses of the Indira Gandhi government during the emergency and the potential threat of a military takeover.

While India’s armed forces have always remained subservient to its political masters; an organized revolt led by an ambitious military leader can easily usurp India’s democratic institutions. The examples of a number of military coups in South Asia and the discipline and capability of our armed forces reaffirms the possibility of such a coup d état impossible.

Delhi Durbar succinctly portrays the indiscriminate looting of national wealth by our politicians. The author, Krishan Pratap Singh (a former investment banker and the son of a diplomat) was kind enough to share some of his thoughts with me over e-mail. Says Singh, “I first got the idea to write about political fiction when I read Jeffrey Archer’s First Among Equals. But that was years ago, and I didn’t do anything about it. But after the 2002 Gujarat riots I began to strongly feel that our politicians were rascals, not up to the job, and began to think of an alternate universe. From this thought process emerged the Raisina Series. Delhi Durbar is the second/middle novel where I wanted to show the rot in the political system and vent my frustration at the loot that was taking place in Delhi all around me, yet was invisible to the rest of the country.”Singh feels vindicated after the unearthing of the various scams this year which has reaffirmed his statements about the rot in our political system.

All in all, Delhi Durbar will not be known for its eloquent language and Singh’s literary skills may not match that of Archer’s (his legendary book “First Among Equals” never ceases to amaze me and Archer may also have a reason to feel vindicated as the political situation that he predicted in his 1984 came true in the 2009 British elections), but his depiction of the nexus between India’s media, bureaucrats, politicians, military, and lobbyists/wheeler-dealers/power-brokers is worth reading.

There are few writers who write good political thrillers these days; Frederick Forsyth would undoubtedly top that list; Delhi Durbar reminds me of his bestselling masterpiece Icon (a novel where he depicts the turmoil in Russian politics after the disintegration of the Soviet Union). Though Krishan Pratap Singh has a lot to prove before he joins the elite list of bestselling novelists, fast paced Delhi Durbar effectively represents the deep-rooted rot in the political system without being monotonous or boring. It shows that manipulation, dishonesty and bribery are the only skills required in politics.

Delhi Durbar will certainly not let you down if you are looking for an entertaining read and at the same time provide you with insights as to what greases the wheels of political India.