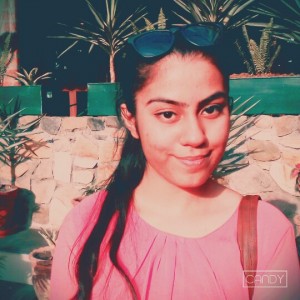 So there is another field of law? But why is there a need for nuclear laws anyway? The answer is quite simple (unlike nuclear laws), nuclear technology can reap plentiful benefits to humankind but at the same time, it can be the cause of the destruction of the humankind from the face of the planet. Mind you the utility of nuclear technology is not just limited to energy production but it is known (not by many people though) to have made strides in the field of medicine and agriculture as well. So a technology that can be both a bane or a boon calls out for regulation and not for prohibition. It is in the interest of the humankind to develop nuclear technologies for the true purposes rather than prohibit it altogether because of its potential misuse.

Humans have already devised a mechanism to keep in check the mischievous tendencies of some individuals. You guessed it right! It’s none other than law! So to keep in check the potential misuse of nuclear technologies and at the same time ensure that it is employed for the welfare of humankind, we have nuclear laws.

International Atomic Energy Agency (an organisation that supervises, controls, regulates and lays down norms for the use of nuclear technology), defines nuclear law as:

The body of specific legal norms created to regulate the conduct of legal or natural persons engaged in activities related to fissionable materials, ionizing radiation and exposure to natural sources of radiation. 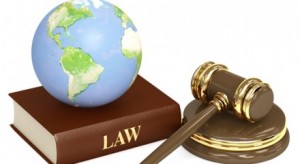 This definition highlights certain important aspects of nuclear laws. Firstly, that nuclear law is an important part of national legislations in countries that employ nuclear technology while at the same time it consists of special rules and regulations tailored for the technicalities of this field. Secondly, the laws made addresses the need to regulate the misuse of the technology. Thirdly, just like any other legal regime, the laws made relates to both natural and artificial personalities, be it commercial, governmental, academic, scientific or any other recognized as per the laws of a given nation. Lastly, radioactivity that is produced through fissionable materials or ionizing radiation is the defining feature of the technologies and materials that the nuclear law relates to and thus, justifies a special regime of norms for their conduct.

What are the ground principles upon which nuclear law is based? What distinguishes it from other fields of law? This would be examined hereunder:

Safety Principle: Given the risks associated with the nuclear technology, the objective of the nuclear law is to promote foresight and caution on the part of developers so as to negate the possibilities of harm that may be incurred from the use of it. An offshoot of the safety principle is the precautionary principle. It lays down that the operators or the developers of an industrial activity must take all the precautions conceivable so that there is the least possibility of an occurrence of a nuclear disaster. This principle has its roots in the environmental law and has a significant place in the nuclear law as well. 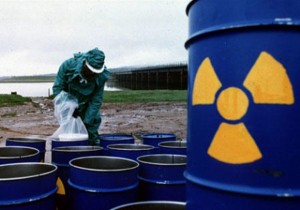 Security Principle: Nuclear technology has a great risk of being put to non-peaceful uses. The acquisition of radiation sources by terrorists or other criminals can pose immense risks to the security. This concern is well reflected in various nuclear disarmament treaties signed by various nations at the time of the cold war. Moreover, IAEA has laid down norms concerning the limit up to which uranium enrichment is allowed for the civilian purpose of generation of electricity. IAEA itself regularly sends for inspectors to check if the nuclear power plants are not diverted for non-peaceful purposes.

Responsibility Principle: There are numerous entities involved in the nuclear industry such operators of nuclear installations, manufacturers of the equipment or sources of ionizing radiation, processors of nuclear material, medical practitioners, professors of nuclear material, construction companies, engineering-architect firms, research and development organizations, financial institutions and regulatory bodies. With so many parties involved in nuclear-related activities, the question arises as to who would be responsible for the incident of nuclear damage? According to the major civil nuclear liability conventions, such as Vienna Convention on Civil Liability for Nuclear Damage, Paris Convention on Third Party Liability in the Field of Nuclear Energy, 1960 and other such conventions and protocols, the operator of the nuclear installation is strictly liable for the nuclear damage. Thus, even in cases where the fault of the operator cannot be proven, he would be liable to pay compensation for the nuclear damage. This has been mandated so as to simplify the legal proceedings for the victims of a nuclear disaster as it would have been excruciating for them to file suits against multitudes of parties involved in nuclear activities. This principle, however, does not form a part of the customary international law as the conventions that stipulate it have not been ratified unanimously by countries possessing nuclear power.

Permission Principle: It is conventionally presumed that all the activities in a state are allowed until they are expressly prohibited by law. As already mentioned before, nuclear activities, by its very nature has an element of risk attached to it. Thus, ‘permission’, ‘authorisation’, ‘license’, ‘certificate’, ‘permit’ or ‘approval’ is essential before any enterprise or entity is allowed to carry out any activity involving fissionable material or radio-isotopes. Before the grant of the approval, it is necessary to examine the benefits and harms of conducting nuclear activities in a particular area. Factors such as the rights of those living in the vicinity of the nuclear installations must be given due consideration. In any eventuality that the costs or harm of carrying out a nuclear activity exceeds the benefits, other alternatives must be considered. 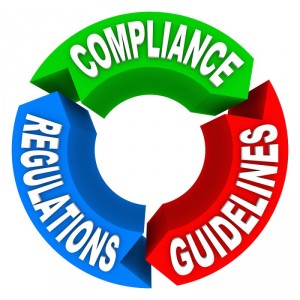 Compensation Principle: The use of nuclear technology and materials imposes a great risk to the health of humans, animals and plants and also to the environment and its regenerative quality. Despite taking all the precautions conceivable, there is still a risk of the occurrence of a nuclear accident. The nuclear law provides for the compensation of victims for such eventuality.

Sustainable Development Principle: This principle forms part of the foundations of the environmental law. It identifies a duty of each generation to conduct its activities in a way that the harm is not caused to the next generations. This principle is of particular importance given the fact that if a nuclear activity is not conducted in a safe manner, the damage caused could prevail for a very long time.

Compliance Principle: Nuclear activities through radiological contamination have a great potential to cause trans-border damages. It is one of the founding principles of environmental law and also forms part of the customary international law principles that when a country carries out any activity within its jurisdiction, it would be responsible in the event of the occurrence of any damage to the neighboring countries. This is known as a no-harm principle and is especially relevant to the nuclear law.

Independence Principle: The establishment of a national regulatory body is germane to nuclear law. It is essential that this body remains to be an independent one and not guided by the interests of those who seek to promote nuclear activities for commercial and military purposes. The rules and regulations formulated by this body must be abided by every entity in letter and spirit so as to ensure maintenance of safety.

Transparency Principle: Nuclear technology developed in the wake of Second World War. At that time it was kept confidential and was a closely guarded secret of the states. However, with the use of nuclear technology for peaceful purposes, it is essential to take public`s confidence. Thus, the regulatory bodies, governments, media, research and development organizations and any other relevant organization must keep the public updated with regards to the costs, benefits, and harm associated with the conduction of nuclear activities. Intimation of the occurrence of any nuclear accident is especially essential in this regard. International Cooperation Principle: The final principle is concerning the maintenance of co-operation between different states that employ nuclear technology. This would serve the common purpose of achieving greater developments in the nuclear technology. Second, in the area of environment and safety, as the nuclear technology is known to have the potential for trans-boundary impacts, it is essential that the governments harmonize their policies and develop co-operative programs so as to reduce the risks of damage to their citizens and territories. Moreover, the lessons learned in one State on enhancement of safety can be very relevant to improving the situation in other States. In pursuance of achieving improvements in the safety standards of nuclear installments worldwide, such lessons must be promptly and widely shared. Third, the use of nuclear material involves security risks that know no national borders. Threats associated with illicit trafficking in nuclear material and the proliferation of nuclear explosives and their misappropriation and misuse by terrorists have long been recognized as matters requiring a high level of international co-operation.

All about Section 420 IPC