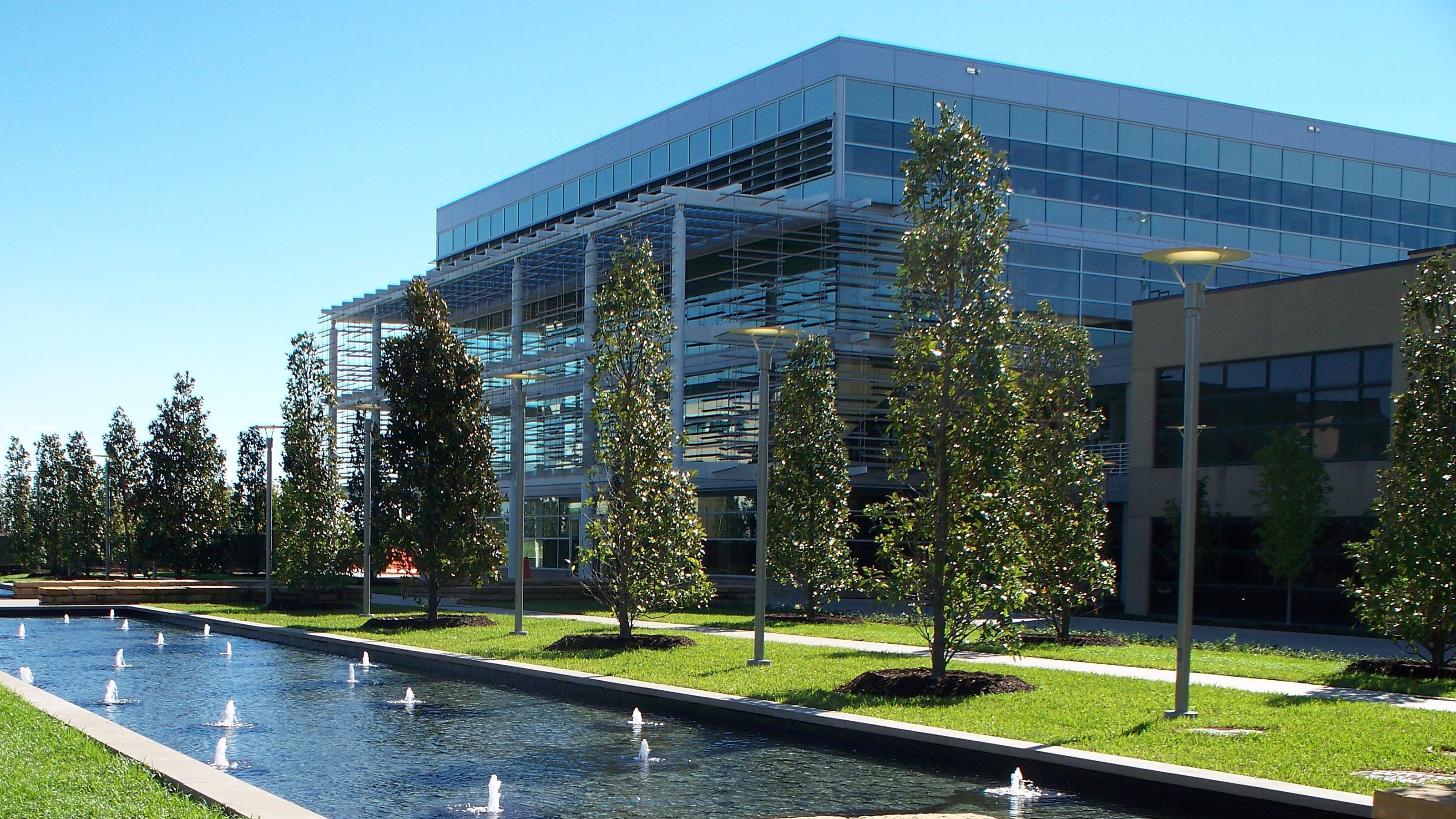 This article was submitted by Adarsh Raj Singh Chaudhary,  a 2nd year student of B.A.LL.B. (Hons.), University of Petroleum and Energy studies, Dehradun as a part of a blogging contest which may lead to his selection as an iPleaders Energy Law Fellow. The fellow will be selected on the basis on engagement on these posts as well as quality of writing and research. We emphasise on engagement because it shows one’s ability to generate interest in an otherwise arcane subject like energy laws. The selected fellow will receive a paid internship with a boutique energy law firm in Delhi (stipend of INR 7000), an opportunity to be mentored by very senior lawyers  and a free course worth INR 5000 from iPleaders. If you want to participate, write to [email protected] for instructions.

What, thence would have had happened if not even a pint of petrol for jet planes, a single block of coal for steam engines and the last droplet of water in dams had gone depleted, well there are an n amount of comments and well researched speeches been delivered for such circumstances and some even declared it in their very calculated prophecies as a next approaching. If presumed for an instance going by the empirical data analysis yet available to the researchers, economists or scientists etc., that such dusk is to come then for such a contingency, on September 29th of 2001, there roared a paladin attested by the signature of president of India, with a name – “THE ENERGY CONSERVATION ACT”[1] (hereinafter act), This been duly believed by the Indian govt. that in a developing country like India, with such a growing amount of population, it’s consequential that energy consumption at this rate would lead to the depletion of the natural resources or fossil fuels which are as a matter of fact substances, once used cannot be retained to their previous state, thus awarding them a very limited existence, So to meet such challenges i.e., global warming, huge energy consumption, carbon emissions etc. a special body was enacted under this very act in Chapter 2 sec- 3 titled by Central govt. like “BUREAU OF ENERGY EFFICIENCY” (hereinafter bureau), with expressly laid objectives and functions of the board, deriving authority from the govt. of India or its federal states.

In Chapter; 2, the act clearly expresses the intention for the formation of a bureau as under section-3(1, 2, 3 . . .) and from the chapeau of the chapter – 2, which also describes the bureau as a person,[2] where the bureau’s office being at Delhi, also leaving a choice to the bureau for setting up offices elsewhere within the territory of India.[3], wherein the bureau shall be organized by the members of governing council, having members ranging from 20 to 26, as appointed by the central government.[4],

Also, there shall be a procedure for deciding or reaching upon a conclusion that is by a majority vote and in case the secretary of the bureau is absent than the person presiding over him, shall have a casting vote, whereas as per sec – 9 of the act, following are the criteria for becoming the secretary of bureau –

u/s – 8, there shall be an advisory committee from 6 months of enforcing of the act, for the efficient functioning of the bureau, where the committee should have a chairperson and other members for discharge of functions, where the members may have the technical expertise so required for the bureau.

As being a govt. Body the bureau has its own inherent powers, and with the advent of powers certain functions are allocated which need to be performed from time to time as given u/s – 13

(a) Recommend to the Central Government the norms for processes and energy consumption standards required to be notified.

(b) Recommend to the Central Government the particulars required to be displayed on label on equipment or on appliances and manner of their display of appliances of the nature as described in sub – clause (a);

(c) Recommend to the Central Government for notifying any user or class of users of energy as a designated consumer under clause, which as provided in 14(e) provides for switching of energy usage appliances which inhales less intensity of energy;

(e) Take all measures necessary to create awareness and disseminate information for efficient use of energy and its conservation;

(f) Arrange and organize training of personnel and specialists in the techniques for efficient use of energy and its conservation;

(g) Strengthen consultancy services in the field of energy conservation;

(h) Promote research and development in the field of energy conservation;

(i) develop testing and certification procedure and promote testing facilities for certification and testing for energy consumption of equipment and appliances;

(j) Formulate and facilitate implementation of pilot projects and demonstration projects for promotion of efficient use of energy and its conservation;

(m) Give financial assistance to institutions for promoting efficient use of energy and its conservation;

(n) Levy fee, as may be determined by regulations, for services provided for promoting efficient use of energy and its conservation;

(o) Maintain a list of accredited energy auditors as may be specified by regulations;

(p) Specify, by regulations, qualifications for the accredited energy auditors;

(q) Specify, by regulations, the manner and intervals of time in which the energy audit shall be conducted;

(r) Specify, by regulations, certification procedures for energy managers to be designated or appointed by designated consumers;

(s) prepare educational curriculum on efficient use of energy and its conservation for educational institutions, boards, universities or autonomous bodies and coordinate with them for inclusion of such curriculum in their syllabus;

(t) Implement international co-operation programs relating to efficient use of energy and its conservation as may be assigned to it by the Central Government;

(u) Perform such other functions as may be prescribed.[7]

As clearly specified in Sec – 22 – 24, of act; that at each financial year there will be a budget adduced for the next financial year showing the estimated receipts or requirements and expenditures for the previous financial year in the annual report which would be produced before each house of parliament, after passing through the central govt. and,

Also, every year the annual report that is made in accordance with the instructions of the Govt. of India, be checked or audited either by Comptroller & Auditor General of India (hereinafter CAG) or by the person appointed on behalf, where the person appointed shall have the same authority as that would have been of CAG, where any expenditure so incurred shall be paid by the bureau to CAG, as under Sec – 25(1 – 3)  and the bureau should submit all the books, vouchers or any and all details as may be necessary for the auditing of the accounts, by CAG or any other person so appointed.

At first, the bureau is trammeled of the directions passed by the Government on questions of policy, upon the actions of authority, which are to be exercised by the Bureau, while discharging its functions, and whether a question is of or pertaining to related with policy or not, shall be left for determination by the Central govt. but the Bureau may have a voice, so it can at any time or whenever possible would disclose its view on any such directions as ordered by the Govt.[8]

But, if in case there exist a disability, of the bureau where disability taken in a sense of dysfunction within the limits of law set for the bureau. Thus in such cases for the sake of nation’s smooth functioning and interests so involved, the Central govt. may supersede or succeed to the bureau and would take all the authority back. And would function as a bureau in itself, but not more than the period of 6 months, but for all of this a notification be made containing all the reports of circumstances showing a disability for which it is believed that the bureau won’t be able to function due to such reasons and thus the central govt. should hold the bureau for now until bureau being capable of doing its functions, and this notification would then be laid down in the parliament.[9]

The causes for such dismissal of the bureau in the opinion of Central Govt:

Now a common question which twinkles at our minds is what would happen then if the bureau is so dismantled and taken away by the central government, well the answer is given by sec- 47(2,3) as follows –

Thus, as described above was the bureau of Energy efficiency, with its functions to members, authority and limitations so imposed, and is thus believed that? The board is of a vital nature as a constituting body of central govt. for meeting of the challenges of today up to tomorrow relating to environment protection, low energy consumptions etc. and hence it is hoped that the work done by the bureau would continue to preserve the energy of nation as it being one of the treasures of country.

[2] Sec- 3(2), act (The Bureau shall be a body corporate by the name aforesaid having perpetual succession and a common seal, with power subject to the provisions of this Act, to acquire, hold and dispose of property, both movable and immovable, and to contract, and shall, by the said name, sue or be sued.)