This article is written by Chandana Pradeep, from the School of Law, University of Petroleum and Energy Studies, Dehradun. This article analyzes whether the personal assets of an individual would be affected due to a business being sued.

A business while being formed has to go through all the necessary procedures according to the legislations which has been enacted, but one aspect that is not thought of at the initial stages is what the liability would be on the people who have invested in a business and if their assets will be at risk or not in the event of the company being sued? This article seeks to analyse the extent of it.

When can you sue a business?

A company that is registered under the Companies Act, 2013 has a separate legal entity from its members, this is one of the core features present, which makes it clear that a company can enter into contracts by itself and also can be sued and can sue. There are many scenarios when a business can be sued, they are the following:

What type of lawsuits can be initiated against businesses?

According to the description, a company can sue and be sued, it can be sued based on different types of lawsuits, some of them are based on:

The process of how a company should be sued depends on what type of company it is, whether it is a sole proprietorship, a company, a limited liability partnership or any other type of company.

When a business is being sued, it can be done for various reasons and if personal assets will be affected once the business is sued, is dependent upon the type of company it is.

In the case of a company being sued, the directors are the main persons in authority. A director is defined as a director appointed on behalf of a company according to Section 2 (34) of the Companies Act 2013. The company though by law is given the scope of a juristic person, cannot take its decisions by itself and the directors are the ones that make decisions that are beneficial for the company.

In the case of Tristar Consultants vs. M/s. customer Services India Pvt. Ltd. & Another(2007), the director of the company had to pay off the debt of the company, and it was clearly stated that “Directors of companies have been described as agents, trustees or representatives of the company because of the fact vis-a-vis the company they act in a fiduciary capacity. They perform acts and duties for the benefit of the company. Thus, directors are agents of the company to the extent they have been authorized to perform certain acts on behalf of the company.”

The directors are bound to have any duty of care or otherwise to any third party which has agreed with the company. However, there are exceptional cases when it is proved that it is the director’s negligence that caused the company to be sued. There are certain cases where a director will be personally liable, such as:

In the case of Mukesh Hans & Anr. Vs. Smt. Uma Bhasin & Ors, it was held that It is equally well settled that a Director of a Company though he owes a fiduciary duty to the Company, he owes no contractual duty to third parties. There are, however, two exceptions to this rule. The first is where the Director or Directors make themselves personally liable, i.e., by the execution of personal guarantees, indemnities, etc. The second is where a Director induces a third party to act to his detriment by advancing a loan or money to the Company. On the third-party proving such fraudulent misrepresentation, a Director may be held personally liable to the said third party. It is, however, well settled that this liability would not flow from a contract, but would flow in action at tort, the tort being of misrepresentation and of inducing the third party to act to his detriment and part with money.”

Other situations where a director will be held personally liable are

However, if personal liability comes into question, then if the partner has done something which is their fault caused by negligence or wrongdoing they will be personally liable and not the other partners who are present in the company.

For example, if the partnership dissolves and there are still outstanding debts to suppliers or lenders, those creditors can sue you personally to pay for the debts. Debts of the partnership will expose your assets to liability unless you’re a limited partner, in which case your liability is limited to the money you’ve invested.

Though the partners of this type of company are the only liability on a limited basis there are exceptions as well where there is unlimited liability given to the partners and they are:

But this type of company has its cons as well, there is no distinction between personal assets and business assets, and if a business is sued, that means the personal assets will also be included in the companies assets to recover the creditors’ damage.

There are methods to protect personal assets in some types of companies, they are the following. In the case of a sole proprietorship, the owner can always change the type of company to a limited liability partnership or a company to avoid personal assets being involved in the scenario of the business being sued.

Once a business is being sued, the question of whether the personal assets will be at risk or not depends upon the type of company the business is and it varies accordingly. In the case of an unlimited liability partnership and a sole proprietorship, the personal assets are at risk as there is no distinction between the unlimited liability partnership assets and that of the owners or partners’ assets. 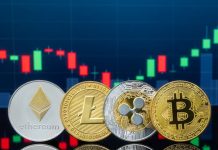 Status of cryptocurrency in India and foreign countries 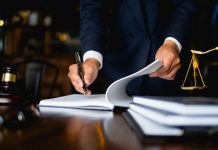 Issues regarding taxing of e-businesses-ESS EQL 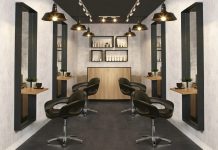