This article is written by Himanshu Sinha.

Difference between a dancer and a choreographer

The Indian Copyright Act specifically mentions dancers as a performer under Section 2(qq) of the Act. The section states that a “performer” includes an actor, singer, musician, dancer, acrobat, juggler, conjurer, snake charmer, a person delivering a lecture or any other person who makes a performance.

There are some specific rights given to performers under Chapter VIII of the Act. It includes both the economic and moral rights of the performers but for choreographers, separate rights are provided.

The Indian Copyright Act exclusively mentions choreography as a “dramatic work”. Dramatic works are protected under Indian Copyright Act 1957 under Section 2(h). The section includes any piece of recitation, choreographic work or entertainment in dumb show, the scenic arrangement or acting, form of which is fixed in writing or otherwise but does not include a cinematograph film.

A plain reading of this section we can understand that to have a copyright on a choreography one needs to create a fixed form of one’s work. Examples of “fixation” are defined by the World Intellectual Property Organisation (WIPO) such as work written on paper, stored on a disk, painted on canvas or recorded on tape. So, if one wishes to obtain a copyright in choreography, one needs to reduce it into a fixed form such as a written format or videotaped “ or otherwise” but should not be included in cinematography.

The words “or otherwise” and the exception of “cinematograph film” makes the scope of this section as regards choreography limited.

If the choreographic work is in a fixed form and not a part of cinematograph film then it satisfies the condition to be a dramatic work. Under Section 14(a) of India Copyright Act, 1957, a dramatic work has an exclusive right of reproduction, issuing copies, adaptation etc, given under the Act.

Section 2(h) and 2(f) creates an ambiguity for the choreographic work as a video recording of the work does not fall under dramatic work. Instead, it falls into cinematography. So, if a person records a video of his/her dance, as per Section 2(xxa) of the Act which defines “visual recording”, then the creator of that work cannot have the copyright on it. Instead, the producer of that work will have the right over the work. But, this applies to the cases where the producer of the video and the choreographer both are different people.

Courts view on copyright in choreography

Issue subsisting on dance moves was dealt with by the Supreme Court of India in the case Academy Of General Edu., Manipal vs B.Malini Mallya. As per the facts of the case, Dr Karanth developed Yakshagana ballet where he executed the will in favour of Manini Mallya, transferring the copyright of the dance to her. Mallya filed a suit for declaration, injunction and damages alleging copyright infringement by the Academy by performing the dance without her prior permission. She stated this had infringed her copyright. The Hon’ble Court held that the rights were vested with Ms Mallya because a new form of a ballet dance that is reproduced in a literary format is considered as a dramatic work that is copyrightable.

However, the Court clarified that the Academy could take the benefit of the fair use provisions of the Copyright act 1957 and observed as follows:

“When a fair dealing is made, inter alia, of a literary or dramatic work for the purpose of private use, including research and criticism or review, whether of that work or of any other work, the right in terms of the provisions of the said Act cannot be claimed. Thus, if some performance or dance is carried out within the purview of the said clause, the order of injunction shall not be applicable. Similarly, the appellant being an educational institution, if the dance is performed within the meaning of provisions of clause (i) of sub-section (1) of Section 52 of the Act strictly, the order of injunction shall not apply thereto also. Yet again, if such performance is conducted before a non-paying audience by the appellant, which is an institution if it comes within the purview of an amateur club or society, the same would not constitute any violation of the said order of injunction.”

In another case, Anupama Mohan vs State of Kerala, the petitioner, who is a famous Kuchipudi dancer, filed a Writ Petition in the High Court of Kerala alleging copyright infringement by the government of Kerala. The dancer who claimed to have copyright over the dance alleged that the state government without her permission circulated her performance among the public. The court ruled in the favour of the dancer.

It is clear that the choreographic work is copyrightable but the ambiguity due to exclusion of cinematography film as a form of fixation is very unique in India. In the United States and the United Kingdom, choreography can be fixed through any medium which also includes videotaping. This appears irrational as why can’t dramatic work on video recording be copyrightable.

Hence, it is clear that law relating to copyright in choreography is murky and unsettled. However, for dancers, it is quite plain as it provides performers right. The need of the hour regarding Intellectual Property Law in India is more awareness and exposure of creativity in dance which will not only encourage more choreographers to safeguard their rights but also highlight an increase in application for copyright in choreographic works. 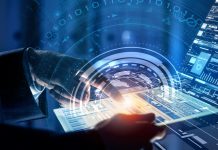 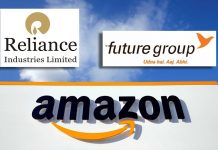 The legal battle between Amazon, Future Group and Reliance 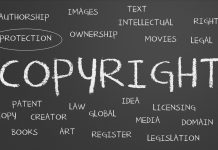 Doctrine of work for hire under the Copyright Law : a critical survey of US cases