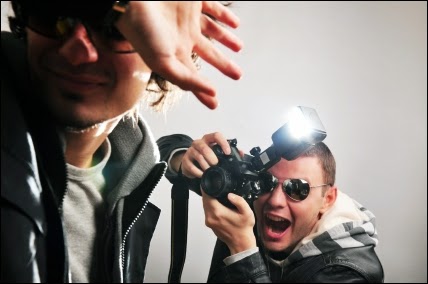 In this blog post, Abhiraj Thakur, a student of NALSAR University of Law, writes about a pertinent but highly underrated topic in India, i.e., celebrity rights. Celebrities in our country have often raised their voice against the non-consensual commercialization popularity. It is important for celebrities to know what remedies are available to them for the protection and restoration of their privacy.

“He works hard all his life to become known, and then wears glasses to avoid being recognized”

The above phrase by Fred Allen adequately puts forward the dilemma faced by a person when his words and deeds begin to be celebrated by the society. He now struggles to live his life out of the sight of people, he is followed everywhere both by his lovers and his haters. He yearns for his privacy. His name is exploited by other entities for commercial gains and his life is now a mess. 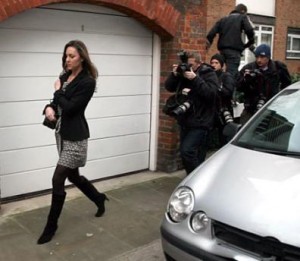 Celebrity rights in our country are an issue which has not received the attention it deserves. With tremendous growth of electronic media in the country over past two decades, it has become very possible to bring the private life of an individual into the public domain. There has been a significant increase in the instances where the privacy rights of celebrities have been abused and infringed by the general public. What is the remedy available if such a situation arises?

A broad classification rights, celebrities are entitled to

Personality encompasses a range of qualities and characteristics around which an image of a person is created in the society. These may include voice, hairstyle, acting etc. One of the theories supporting such ‘personality rights’ is the theory that the celebrity has the ‘moral right’ to reap the fruits of his labour since a ‘commercially marketable image’ must be viewed as the celebrity’s own product, created through conscious and sustained effort in a chosen field of endeavour.[1] There have been numerous cases of unauthorised exploitation of personality of the celebrity thereby infringing their personality rights. An instance being, when Amitabh Bachchan issued notice to a tobacco company for faking his voice to promote their product.[2]

How to protect Personality Rights?

In India as of now, there is no legislation or judicial precedent expressly dealing with protection of personality rights of a celebrity. However in USA and UK, these rights are well recognised and have been brought under the framework of civil law with remedies available in the form of redressal against defamation and passing-off.

In India, a claim under defamation can stand only when an injury is caused in terms of reputation, profession etc. Under the existing framework, it is uncertain whether ‘commercial loss’ by wrongful appropriation of one’s persona will come under defamation. When an injury is caused to the business, goodwill or reputation of a person when his goods are passed-off by another in name of him, an action can lie in passing-off. In India the question as to whether the personality of a can person be ‘passed-off’ is an area of ambiguity.

The basic idea behind this right is that a person, who has put in capital and labour in building repute and stature associated with his name, has the exclusive right of commercially exploiting it.[3] It also has the implication of creating a negative right of unauthorized use of one’s name and fame. There has been an increase in the instances of unauthorised recording of live performances with the advent of camera phones and other modern devices. These recordings are then sold in black market and thus the people who have no right reap the economic benefits from the name and fame of a celebrity. This is popularly known as bootlegging.

The Indian courts have dealt with the issue in a few cases. One such landmark case is of the case of Sourav Ganguly v. Tata Tea ltd. Indian cricketer Sourav Ganguly performed fantastically in the 1999 Indian tour of England, scoring century at the Lords Stadium. After his return to India was extremely disturbed to know that Tata Tea Ltd., one of the companies he endorsed was promoting the 1kg tea packet by giving an opportunity to the customers to congratulate Sourav through a postcard that was there inside every packet. Ganguly being disturbed by such behaviour on part of company filed a case wherein the court ruled in his favour. The court held that his fame and popularity is his intellectual property and same cannot be commercially exploited.

How to protect publicity rights?

Intellectual property (IP) laws as of now provide the best recourse available to a celebrity to protect his/her publicity rights. In USA and UK, the IP laws adequately cover the publicity rights unlike India where the current set of IP laws is inadequate with regard to publicity rights. Many a times, a film star’s character name is used to promote products by companies in an unauthorised manner. Names are often used in merchandising which at times becomes problematic for celebrities. This is how publicity rights can be protected:

Trademarks are widely used today to protect movie names, characters etc. from unauthorised commercial exploitation in the form of merchandising. Commercial use can only be done through licensing or assignment and not otherwise.

Movie and character names are often protected through copyrights. Though the Indian Copyright Act of 1957 does not accord protection to name and image of a celebrity, but they can protect their works like paintings and other artistic works.

Celebrities, though famous, are in no way a public spectacle and have every right to retain their privacy in every circumstance. People most of the time become curious about the lives of the celebrities they like. This curiosity may extend their personal relationships or to the clothes they wear. In this process, the public often infringe the privacy rights of celebrities.

Paparazzi – a menace to aloofness Paparazzi are photographers usually not associated with any press or media house who often take pictures of celebrities while going through their daily routines. In many cases, the celebrities are often caught up in bizarre situations and these photographers then sell these pictures to media houses at high prices, thus exploiting the privacy of an individual solely for monetary profits. They are often a source of humiliation and embarrassment to celebrities.

In USA, the issue of Privacy of celebrities has received widespread attention in the case of Barber v. Times Inc. Paparazzi took photographs of Dorothy Barber while giving birth to a baby boy. Ms Barber was awarded $3000 as damages on account of ‘invasion of her right to privacy’.

A long line of jurisprudence flows on issue of Right to Privacy in India. The Supreme Court dealt with many cases that ultimately led to development of right to privacy as a fundamental right guaranteed through the Constitution of India. In the case of M.P Sharma v Satish Chandra, the Supreme court referring to Munn v Illinois held that though our Constitution does not expressly refer to right to privacy, yet it can be traced from “Right To life” enshrined in Article 21 of the constitution and this right is available to all the citizens unless prohibited by constitutional prohibitions. Thus, any celebrity in India can avail right to privacy when he believes his right is infringed by the acts of other people.

Why is protection of Celebrity rights important? 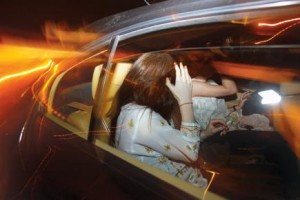 In this age marked by the spread of knowledge, education, resources and opportunities, when people often through their capabilities acquire fame and the society starts revering them, it becomes important that this fame does not become a problem of life. Thus, there needs to be enough measures available to such people to protect their privacy and gain rightful benefits of their hard work. While many countries of the world are trying to integrate such rights in their respective framework of law, the lack of any specific legislation in our legal framework is alarming. The skyrocketing endorsement industry provides vast opportunities of exploitation to a large section of the society and so it becomes very important that the law keeps pace with the commercial practices.