In this Blog Post, Abhiraj Thakur, a student NALSAR University of Law writes about how Indian courts have dealt with the issue of enforceability of non-compete or Restraint of Trade Clause in Contracts. He also highlights the key issues that surround this matter.

A ‘Restraint of Trade’ clause in a contract that is intended to not allow one party to practice a certain profession, trade or business is only valid under certain conditions of the given and is otherwise void as per Section 27 of The Indian Contract Act, 1872.[1] The ‘Non-Compete’ clauses in certain contracts that are of similar intention lead to the question of enforceability in the Indian courts. Employees that enter into a contract with an employer may agree to neither compete with the employer nor join a competitor during their term of the employment and/or a period after. A contract or part of a contract that is not valid makes the said clause or agreement itself void and it cannot be enforced in court of law. This limits parties to an extent, depending on the contract, in their ability to restrict certain practices of one party that may compete with the other party, despite their agreement. 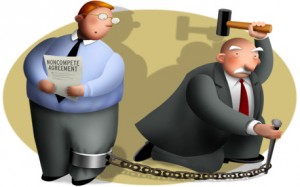 Section 27 of the Act that makes a clause of certain intention void and allows it to be valid only when it meets the conditions to be considered as an exception. Courts are obligated to take into consideration the terms of the contract in each individual case and assess the case based on reasonableness, nature of circumstances, and even the nature and relation of the parties in this context. The following interrelated aspects of Non-Compete and Restraint of Trade clauses in employment contracts have been dealt with:

Circumstances under which the clauses are valid – test of reasonableness, situation of employment and fairness to both parties; Protection of employer and right of employee.

The negative non-compete covenants used in agreements can be broadly categorized into term and post term covenants. The legal position in India, in accordance with the Indian Contract Act, 1872, is that the provisions of restriction imposed on employees during employment are reasonable and enforceable while the ones that apply to post employment period are void.[3]Although non-compete clauses for the duration of the term of employment are not regarded as ‘restrictive covenants’ under Indian law, the application of such provision after a party is no longer a part of the organization is not enforceable as it is against the Indian Contract Act.[4]

To validate such non-compete clauses certain reasonable restrictions may be imposed. 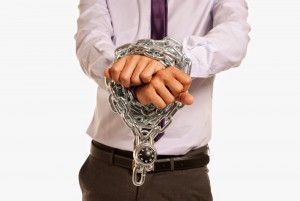 Appropriate restrictions on employee that may prohibit from practicing some profession within a reasonable stipulated distance.

If there is a reasonable time period provided in the clause, then it would be considered under reasonable restrictions.

The employer may put reasonable restrictions on disclosure of trade secrets.

Article 27 of the Indian Contract Act, 1872, provides an exception for the cases of distribution of goodwill.

‘Injunction’ is used in addition by the Judiciary with the intention of preventing one party from releasing confidential information, using trade secrets, and for the purpose of ‘compensation’.[5]

In the 1967 case of Niranjan Shankar Golikari v. The Century Spinning And Mfg. Co.[6], it was held by the court that non-compete clauses are not to be considered as ‘restraint of trade’ if they operate during the time period of employment. This was largely due to the apprehension of the employer of the possibility of the employee disclosing confidential information throughout the time of employment.[7]It was held to be valid. The injunction is restricted to time, nature of employment and area. It cannot be thought to be wide, unreasonable or unnecessary.[8]

In the 1967 case of it was held by the court that non-compete clauses are not to be considered as ‘restraint of trade’ if they operate during the time period of employment. This was largely due to the apprehension of the employer of the possibility of the employee disclosing confidential information throughout the time of employment.It was held to be valid. The injunction is restricted to time, nature of employment and area. It cannot be thought to be wide, unreasonable or unnecessary.

In Superintendence Company Of India (P) Ltd v. Krishan Murgai[9], after reference to previous cases, it was assumed that when the object of a contract is restraint of trade, it is prima facie void. Partial restraint or restrictions, qualified or unqualified[10], were also required to fall under the exception[11]. There had not been any test of reasonability. The wording of the agreement would determine whether it was void or not under Section 27. Court found that with adequate proof, restriction can be justified as being reasonable, depending upon the case and contractual agreement.[12] It was held by the apex court that a covenant is void when it restrains the employee from work in the future after termination of his service.[13]The appeal was dismissed. 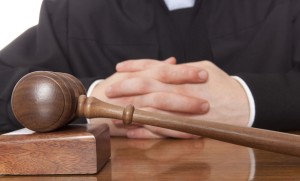 In the case of Percept D’Mark (India) Pvt. Ltd v. Zaheer Khan, with regards to the issue of the ‘right of first refusal,’ the Supreme Court found that a restrictive covenant beyond the term of the agreement renders it void and thus unenforceable. It is one of the recent landmarks judgments in which the Supreme Court has upheld the validity of the section.[14] The court also understood that the doctrine of restraint of trade is not limited to employment contracts.[15] In 2009, this was evident in the case of Desiccant Rotors International Pvt Ltd v. Bappaditya Sarkar & Anr. in a conflict between employers protecting themselves from competition and employees working wherever they choose. It was held that livelihood of employees must be given importance and should prevail.[16]

In 1995, the Indian Supreme Court, in M/S Gujarat Bottling Co. Ltd. & Ors. v. The Coca Cola Co. & Ors.,[17] held that a non-disclosure clause shall be applicable for the period of service only. Restraints beyond the period of service would be considered to violate Section 27. Further, the court took into consideration the reason behind the ‘restriction’ in this case, which was just indicated by the obligatory actions by both parties to facilitate sale of goods and ultimately have mutual benefits, as opposed to a one-sided contract. This was observed to not be an explicit restraint of trade, as per the agreements and the circumstances.[18]

One can understand that the section implies that to be valid, an agreement in restraint of trade must be reasonable between the parties and consistent with the interest of the public. The question that arises is what the public policy is and what can be considered as ‘reasonable’ in this context. Under Section 27, “Restraint of trade” is impermissible. Hence, the Indian courts consistently refuse to enforce non-compete clauses in employment contracts after termination, holding them as void and seeing them as against the public policy due to the possibility of depriving one of their fundamental right to earn a living.[19]

Courts have had the presumption that all employees are alike and an individual should not have the ability to injure the company when furthering a lawful profession and restraint on the employee is treated as void. Indian companies classify ‘key’ employees and ‘non-key’ employees. Key employee contracts provide for a non-compete restraint during employment along with either a ‘garden leave’ or a fixed-term clause.[20]

Employees are restrained from competing by being paid full salary during that period. In V.F.S. Global Services Ltd. v. Mr. Suprit Roy[21], the Bombay High Court held that a fully paid three-month ‘garden leave’ agreement with a manager did not renew the employment contract and constituted a ‘restraint of trade’ unenforceable by V.F.S. It was argued that such a clause is prima facie in restraint of trade and hence void as per Section 27. Its aim is to prohibit the employee, after employment, from taking up other employment during the period of three months. The Court held that such a practice is “not fair or proper” and unreasonable restraint of trade.[22] Courts have ruled that an employee can be restricted from joining a competitor during the term during employment period

An employee after training is to work with the company for a certain period. He is liable to pay compensation if he fails to do so.[23]

Certain cases deal with key employees, confidential information and trade secrets. In V.V. Sivaram and others v. FOSECO India Limited, an employee was restrained, after leaving the job, from using secrets and confidential information that was gained during the job, including information about the patent ‘Turbostop’. After leaving under voluntary retirement, injunction in his contract that restrained him from manufacturing and marketing products similar to ‘Turbostop’ was held valid under Section 27.[24]

Article 21 and 19 (1) (g) of the Indian Constitution guarantee fundamental right to practice profession and right to livelihood.[26] This right is subject to the authority of law and not unqualified, although such restrictions must be reasonable and in accordance with public interest.

In the case of Pepsi Foods Ltd. & Others v. Bharat Coca-Cola Holdings Pvt. Ltd. and Ors., the enforceability of the negative covenant restraining employees from employment elsewhere was viewed as ‘economic terrorism.’[27] Post-employment restrictions were held to be invalid, in violation of Article 19 (1) (g) of the Constitution.[28]

To Conclude, The validity of non-compete clauses vary from country to country. In this aspect of contract law, the Indian law has parted from the English law. English law is flexible, governed by the judicial precedents in contrast to the rigid Indian law which, in this context, is governed by Section 27 of the Indian Contract Act, 1872. After much evolvement, in the present day English law, general restraint is completely void and partial restrain is permissible so long as it is reasonable, according to the English judges.[29] “Reasonableness” would be the appropriate matter for creating better terms of agreement between employer and employee for their interests in the present day context.[30] The recent trends of the Indian Judiciary leaning towards validating the non-compete clauses to a reasonable and just extent in agreements is an indication of change.”[31]

It is essential that foreign investors in India need to be aware about the current and changing consequences of Section 27, as they organize their employment relationships and incentives with management.

Indian courts in this aspect fail to find a wider and effective scenario as seen in foreign countries. Article 21 and 19 (1) (g) of the Constitution of India guarantees the right to livelihood, making the enforcement of non-compete clauses in India problematic. Even with the difficulties in its effective operation, it is appropriate to acknowledge that the socio- legal, economical & corporate circumstances have changed and developed in India and abroad.

[20]Non-compete provisions in employment contract: Are they enforceable?,supra note 5.