This article is written by Diganth Raj Sehgal, Student, School of Law, Christ University, Bangalore. The author in this article discusses capital punishment in India and modes of execution in India and around the world. 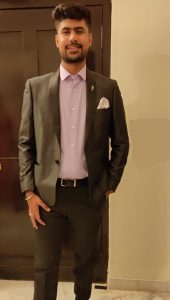 Capital punishment or death penalty or death sentence is a form of punishment which allows for the person who is convicted to be killed by the state. Such punishment has to be sanctioned by the government and is an extension of the deterrence theory of punishment which aims at deterring the commission of crime by imposing severe punishments as consequences. The crimes that are punishable by death are serious and heinous offences such as murder, terrorism, mass killings, treason and espionage, war crimes and crimes against humanity or against the state.

Under the Indian Penal Code, death sentence as a punishment is given under Section 53. But such punishment is very scantily used in India. In the case of Bachan Singh vs. State of Punjab (1980) (2 SCC 684), among other cases, it was made clear by the courts that Capital punishment in India can be given only in the rarest of rare cases. These precedents of Capital punishment law have also laid down the aggravating and mitigating factors to be considered before awarding a death sentence.

Even though this punishment is rarely executed, it is still awarded more often than expected. Often people of different classes, castes, genders, social status are treated differently. On several accounts, it can be seen that person from a lower socio-economic background, who cannot afford proper legal services are at the receiving end of such punishment.

Position of the Indian law on capital punishment

It was famously said by Emperor Ashoka “State should not punish with vengeance“. It is said that by killing a person who is convicted of murder, the state is in a way avenging the death of the victim, which is not the purpose of punishments.

Death penalty has been a mode of punishment since time immemorial. There are several contradicting opinions in the modern world on capital punishment and its place in the legal system. Some argue on religious grounds claiming that humans cannot take life of another, a person’s sins will be acknowledged by God. Others look at it in light of humanity and morality claiming that everyone has the right to life and the state should not be allowed to have a say in whose right to life can be waived.

In India, the punishment system followed is primarily a combination of reformation (aims at reformation of the convict through the punishment so as to make them contributing members of the society) and deterrence (aims at stopping the commission of the crime due to the heavy consequences which follow it). This is where the concept of capital punishment is questioned claiming that capital punishment is a form of retribution that is the idea of ‘an eye for an eye’ and so by killing the person who has killed, the system is not in concurrence with the theories it aims to follow.

The Law Commission of India also took up this subject suo moto and discussed that the death sentence must be abolished and laid down the exception of cases of terrorism. Further, when such recommendations were not heeded to, the Law Commission report stated that looking at the present technological and medical advancements, at the least, the mode of execution must be changed from the present mode of hanging.

“We find that there is a considerable body of opinion which would like hanging to be replaced by something more humane and more painless…in carrying out this task the Commission did not confine itself to the four main methods of execution, (lethal gas, shooting, electrocution, guillotine). It persuaded enquiry whether there was any method still untried that would inflict death as painless and certain as hanging but with greater decency and without the degrading and barbarous association with which hanging is tainted…”

The commission report also mentioned the 1949-1953 report of the Royal Commission on Capital Punishment which stated the three conditions which should be fulfilled in executing the death sentence, which are-

At present, the death penalty as a punishment, as discussed above, is awarded only in the rarest of the rare cases. If the lower courts award a death sentence, the same has to be confirmed by the High Court. The decision can be appealed to the Supreme Court, then a review petition can be filed, followed by a curative and mercy petitions. The Supreme Court has also laid down that the order for the execution of a person cannot be given before the person has exhausted all available remedies.

Prisoners under death row are persons and have a right to dignity under article 21 of the Constitution. They also hold the right to study while in custody and it is mandatory for them to get regular health check-ups. They also have a right to defence and if they cannot afford a lawyer, it is the duty of the state to appoint a counsel. Therefore, it is important, in keeping with their fundamental rights that the execution of the sentence awarded to them is quick and simple and after allowing them to employ all legal resources.

Arguments for and against capital punishment

The death penalty guarantees that convicted murderers will never kill again.  There have been countless cases where convicts sentenced to life in prison have murdered other inmates and/or prison guards.

This type of punishment maintains justice in society. It is said, “life is sacred and innocent lives should be valued over the lives of killers.” Innocent victims who have been murdered and in some cases, tortured, had no choice in their untimely and cruel death should be given justice by punishing the offenders.

Historians, Jurists and constitutionalists agree that the death penalty was an acceptable and permissible form of punishment for premeditated murder and should be given to the offenders who commit murders of innocent people

If the offenders such as terrorists etc who, by their acts, inflict harm on a large number of people on the society and the community has a possibility of any future harm or threat, then the concept of capital punishment is justified.

There is an idea of ‘eye for an eye’ that if a person commits a murder, then he also should be murdered but if reformation is the aim, then the capital punishment is of no use.

Contrary to popular belief, the death penalty is actually more expensive than keeping an offender in prison, even for life. While the cost of the actual execution may be minimal, the overall costs surrounding a capital case (where the death penalty is a potential punishment) are enormously high.

Execution and its modes

The sentence that someone should be punished with death is referred to as a death sentence whereas the act of carrying out the sentence is known as an execution. In India, the primary and only mode of execution is by ‘Hanging by neck till death’. Hanging is execution by strangling or breaking the neck by a suspended noose. Hanging is an ancient mode of execution and it was a part of the Roman law, Anglo-Saxon laws, English Laws and well as German Laws. Hanging as a punishment was the prevalent and the standard mode of execution until the abolition of capital punishment in Great Britain in 1965.

This traditional method of execution may involve suspending the victim from a gallows or crossbeam until he has died of asphyxiation, or it may be that the condemned person stands on a trapdoor and when the trap is released he falls several feet until stopped by the rope tied around his neck or a knot in the noose helps jerk back the victim’s head sharply enough to break the neck. Now, the mode of execution in most countries has moved from hanging to other methods such as lethal gas, lethal injection, electrocution, firing squad. At times, it may even be the option of the person who is being executed to choose how he is executed.

In the United States, both electrocution and gas chamber are authorised methods of execution, while in Iran the mode of execution used is pushing individuals from an unknown height. Sudan uses a method which calls for retributive sentences to be carried out in the same manner in which the offender caused death. Some countries use hanging as a mode only in military court. There are twenty-eight countries that authorize shooting by firing squad as a method of execution and twenty-two more that authorize shooting.

In the case of Rishi Malhotra v. Union of India, a writ petition was filed by Advocate Rishi Malhotra. He challenged the method of Execution of Death sentence in India i.e. by hanging by neck till the prisoner is dead. It said execution as contemplated u/s 354(5) CrPC is not only barbaric, inhuman and cruel but also against the resolutions adopted by the United Nations Economic & Social Council (ECOSOC), which had categorically resolved by way of safeguard, which state that “where the capital punishment occurs it should be carried out so as to inflict minimum suffering”. It states that execution should be as quick and as simple as possible and should produce immediate unconsciousness passing quickly into the death.

Malhotra cited the Law Commission reports of 1967 and 2003 which stated that there was an increase in the number of countries where hanging to death had been abolished or substituted by different modes of execution such as lethal injections, shooting and electrocution. It also relied on the dissenting judgment of former Justice P.N. Bhagwati who had observed that most of the developed and developing countries had replaced execution by hanging by intravenous lethal injection or by shooting which would be a more humane method of executing a death sentence, involving less pain and suffering. So, the petitioner wanted the court to quash the relevant provisions under the criminal and declare them to be ultra vires of Article 21 of the Constitution.

“23. On a consideration of the various circumstances which we have mentioned in this judgment, we are of the opinion that Section 303 of the Penal Code violates the guarantee of equality contained in Article 14 as also the right conferred by Article 21 of the Constitution that no person shall be deprived of his life or personal liberty except according to procedure established by law. The section was originally conceived to discourage assaults by life convicts on the prison staff, but the legislature chose language which far exceeded its intention.”

The debate on the morality of death sentence is an ongoing one. There are several countries that have already abolished capital punishment and there are some, like India, who have an elaborate process of deciding whether death sentence should be awarded or not. The Indian Law Commission recommended the abolition of this punishment but such recommendation was not heeded to.

At present, the law prevailing is the law laid down by the Supreme Court, that is the doctrine of the Rarest of the rare case. This along with a list of aggravating and mitigating factors is used to determine whether a person should be given such sentence or not. Even the mode of execution that must be used by the state is a matter of debate and such mode which is decided must be as per the International norms ‘quick and painless’.

Lastly, proper scrutiny must be undertaken before awarding an order of execution of a person, such punishment is permanent in nature and irreversible and therefore it is important that all relevant materials are accounted for before such decision and if there is even a smallest of doubt, such punishment should not be awarded. 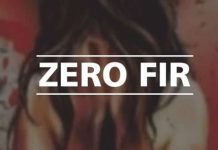