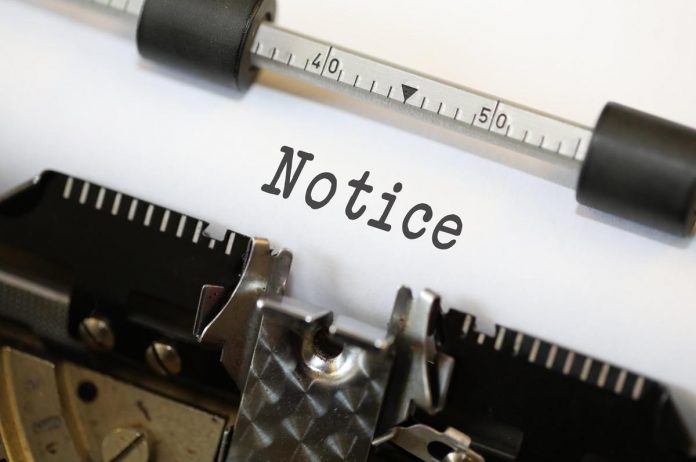 This article is written by Tanya Bharti, Student, School of Law, Christ University, Bangalore. The author has analysed the position of UK and India with respect to Constructive notice under corporate law and also seeks to discuss the reasons why such principle is no longer a part of the English law and the legal consequences of it being a part of the Indian Corporate laws.

Doctrine of Constructive Notice was first propounded in the 1850s under the English Law with respect to Deed of Settlement, which discussed that if a person is dealing with a company, it would be deemed that such person has notice of that company’s registered constitutional documents. In furtherance to this, such notice also included that the person would be deemed to have also understood the provisions of these documents. Though the ambit of constructive notice included the articles and the memorandum of association, but also special resolutions, it did not cover matters filed by a company to disclose the financial information and other information, in order to assist the shareholder to make an informed judgement. So, the scope of this doctrine remained uncertain.

Even though the Principle originated from the common law, is no longer a part of the English Corporate laws. Nevertheless, the doctrine of Constructive notice is still a part of the Indian laws. It is not in its original form but remains, in essence, the same doctrine.

What is Constructive Notice?

Constructive notice, in its technical signification, is the legal cognizance of a fact or facts which the law imputes to a party. This means that the knowledge of facts is deemed by the law and may or may not be actually present. So, there is no reliance on evidence or proof of whether there was actual knowledge or not and this makes this doctrine contrary to the doctrine of evidence. Here, the party is accountable even if it is evident that they did not have actual knowledge.

According to this theory, the law does not presume that the party has knowledge but it lays down that by intendment of law, he has knowledge. This means that in the eyes of law, he occupies the same position as if he had knowledge. It is thus a matter of legal intendment, rather than of legal presumption, or inference.

The characteristic feature of constructive notice is, that it will not admit of rebuttal. This means that a person who is said to have constructive notice, cannot try to prove that there was no actual knowledge. This is because when a person has such notice, it is irrelevant if they did or did not have actual knowledge and therefore they cannot rebut such application of this doctrine.

The above definitions make it evident that a constructive notice is enough proof that the person had the knowledge and such proof is “conclusive unless disproved,” and “in most cases insusceptible of explanation or rebuttal”. Though this does not mean that there can be no contradiction at all about whether there was constructive notice in the first place or not.

The Doctrine of Constructive Notice to be studied in depth requires a preliminary study of various doctrines that have together blended in to create the situation that in turn led to the inception of the Doctrine of Constructive notice. These doctrines are The doctrine of Apparent authority of an agent on one hand and the doctrine of Ultra vires on the other. This area of company law represents its blend with the law of agency. The company, as is clear to us, only acts through its agents. Hence, the law of agency is applicable to the acts of the company’s agents who enter into contractual relationships on behalf of the company.

An agent may possess two kinds of authorities, actual or apparent. While actual authority indicates factual conferment of authority on an individual, apparent authority should first be taken to mean that there is no real authority but a kind of presumed authority due to suggestive circumstances. This principle was suitably defined in Freeman and Lockyer’s case, but it is still often confused with implied authority. But it must be remembered that apparent authority is nothing but the impression in the mind of the third party. The crucial distinction between the two lies in the fact whether there exists a relationship between the principal or the agent.

Such emphasis on representation then brings apparent authority to be further grounded in the rule against estoppel. The former conduct of the principal is more easily linked to the rule of estoppel but the latter, general, conduct of the principal is a link made more artificially. Often the two categories overlap as every representation, as a matter of practice has some elements of both generality and specificity. However, it must be kept in mind that the representation should have the credibility to be reliable. Thus, for this purpose, the principal, who makes the representation should have actual authority to do that act, otherwise, it may not be tenable to assume that one may create a chain of agents and sub-agents with no actual authority at the root of such ostensible authority. This rule was applied to company law as well in Hely-Hutchinson case wherein it was held that de facto discharge of duties of a position results in ostensible authority.

Now we must look at the issue of the agent exceeding his/her authority. The agent of a company may exceed his/her authority in two ways. Firstly, the act of the agent may be ratified by the Company and secondly, the act may be outside the legal capacity of the company to ratify. We shall deal with the latter case first while we elucidate the doctrine of Ultra vires vis-à-vis the authority of an agent.

Now turning to company law, this general rule of agency has to be more specifically applied. The authority of an agent here, actual or apparent, are both hit by the Doctrine of Ultra vires. Here, the company is not bound by a contract or any other act of its agent, in the exercise of his/her agency, that the company, by virtue of its Articles or the memorandum, had no legal capacity to enter. Such an act may not be binding on the company whether the authority of the agent is actual or apparent.

However, sometimes while the act may not be ultra vires the company’s legal authority, it may still not be in the agent’s power to perform that act in the course of his/her agency. In case he/she still goes ahead to perform that act, the question of the authority of an agent becomes applicable in the company law. The negative application of the wider Doctrine of Apparent Authority came to be known as the Doctrine of Constructive notice.

The problems with constructive notice

The doctrine itself creates an unfavourable climate for business as it creates a disproportionate burden on part of the third party, which was, in turn, impeding smooth trading. This perception of the doctrine is strongly criticized, unanimously by the jurists as well as writers. It is not at all a logical chain of reason that, because the law gave everyone the opportunity to find out about a company’s registered documents, there was a corresponding duty on part of the third party to peruse through these documents.

One justification of having this rule in place was that limited liability companies did not exist at that point of time and the risk was always on the unwitting shareholder. Thus, the effort of the third party was counterbalanced by the risk on part of the shareholder. However, once limited liability became the general norm in company law, the real risk shifted from the shareholder to the creditor and the rule ceased to have such a justification. Moreover, in modern times, the business decisions must be made promptly and the registered documents may only be obtained from the registrar’s office at great expense of time and effort.

Even before the Limited Liability company was in existence, the Doctrine of Constructive notice had the potential of creating an unnecessary risk in the minds of the Third party. Hence, as early as 1856, legal measures were taken to mitigate the worst of the implications of the constructive notice rule.

Since the early times, the Indian courts have shown a certain degree of caution and reluctance in applying this doctrine to the detriment of the third party. The first application of the doctrine of constructive notice was in the Charnock Collieries case in 1912. The judge in this case simply holds that the stranger to the company has an obligation to read the articles of the company, but nothing beyond.

However, the mode of application is typically the position before the Kreditbank and the Houghton cases in the common law. The judge in this case, simply holds that the stranger has an obligation to read the articles of the company, but nothing beyond. Since the articles of the company give the borrowing power to managing agents along with providing security on the company, the judge holds that the company is bound by the agent’s acts. As early as 1924, the court in Mufassil Bank case, held that so long as the power of delegation exists in the articles and the act of the agent is not hit by the doctrine of ultra vires, the company is estopped from denying its obligations under the contract in question. The same was continued in other cases.

The first negative application of the Doctrine of Constructive Notice is found in the case of Kotla Venkataswamy v. Rammurthy, where the doctrine was applied in its usual sense and the third party mortgagee was denied relief on account of the transaction being irregular in nature.

Indian law on agency and contracts has evolved differently from the Common law. One of the most important reasons as to why the doctrines of Constructive notice does not gain a substantial foothold in the Indian Jurisprudence can be attributed to the Indian Contract Act, 1872, that also deals with the law of agency in India.

The law of agency was needed so as to repair the damage which was seen in various cases where ostensible authority became a prerequisite for the application of the doctrine. This was the position of common law until the enforcement of Companies act of 1989. This act introduced several conflicting provisions in order to abolish constructive notice.

Contrasting this common law concept with the Indian law, we see that the Companies act of 1913 expressly endorsed the doctrine. Later, although the 1956 act did not contain any such analogous principles, the Indian law continued to treat the directors as fiduciaries or trustees of the company and as long as the acts of the directors were for the benefit of the company, they would bind the company.

This principle was further enforced by the provisions relating to agency in the Indian Contract Act, where it is laid down that an agent’s’ power is to do anything lawful to achieve the object of agency and also that agents can do any legal thing they like, if there is an emergency, to prevent losses to the principle. Thus, except for a rare breed of cases where the constructive notice was applied, Indian courts have been immune to useless complications in the form of constructive notice.