In this blog post, Pramit Bhattacharya, student, DamodaramSanjivayya National Law University, gives an overview about the capital punishment in India. The post discusses the concept of  “Rarest of the Rare” doctrine and also highlights some landmark judgments with regards to the issue.

Although the death penalty has existed from time immemorial, the movement to abolish it has gained a lot of momentum in the recent times. This movement can be traced back to the works[1] Of one of the great criminologist named CessareBeccaria, who convinced many people that death penalty should be abolished because it is inhuman, useless and technically speaking, a public assassination. In the year 1846, Michigan became the first State to abolish the capital punishment, followed by Portugal and Venezuela in 1867. Abolition of the death penalty was also supported by the United Nations during the drafting of Universal Declaration of Human Rights in the year 1948.[2]

Around the world, 58 countries still practice awarding the capital punishment. 102 countries do not award capital punishment for any crime, i.e. total abolition.[3] According to the reports of Amnesty International China, Iraq, and Iran have awarded highest number of death penalties in the recent years. In Europe, the death sentence has been almost abolished completely, except The Republic of Belarus retaining it.[4]

Article 21 of the Indian Constitution states that no person shall be deprived of his life and liberty except according to the procedure laid down by law. Under Article 21, every person has the Right to Life which has been guaranteed by the Constitution.

The Indian Penal Code, 1860 provides for the provision of a death sentence for various offenses like criminal conspiracy, murder, waging war against the nation, dacoity and murder, etc. Various other legislations like the NDPS ACT and Unlawful Activities Prevention Act also provides for the death penalty. Under Article 72, the Constitution has created a provision for clemency of capital punishment. Under this Article, the President of India has the power to grant pardon, or commute or remit the death sentence in certain cases. Similarly, Article 161 provides for powers of the Governor of the State to grant clemency.

Also, when a Sessions Court awards the capital punishment, it must be confirmed by the High Court of the particular state, and then only the execution can be carried out.

These measures are necessary so as to remove any room for error. These days, awarding life sentence has become the rule, and death penalty an exception, which is awarded only in the rarest of the rare case. The case of Jagmohan Singh v State of U.P[5] Was the first case in which the court had the opportunity to discuss the Constitutionality of capital punishment. The council for the appellant put forth the argument that capital punishment takes away all the rights guaranteed under Article 19 (1) of the Constitution. The second argument which was given that the discretion of which capital punishment was awarded did not follow any fixed standard or policy. Thirdly it was argued that this unguided and unfettered discretion violated Article 14 of the constitution, which guarantees equality before the law. It was stated that in many cases, the situation arose that where two individuals had committed a murder, one was awarded the capital punishment, and other was awarded life imprisonment. The last argument which was put forward was that the law does not provide any guidelines which considers different factors and circumstances while awarding death penalty or life imprisonment.

The Report stated that the issue of abolition or retention of capital punishment should be decided after balancing the arguments given in favor and in against of death penalty. A single factor cannot decide the question of abolition or retention of death penalty in the country. The Report also vocally stated that the question of protecting the society must be given prime consideration while deciding the issue.

The Commission did consider the strong arguments given for abolition of capital punishment. They also considered the concept of irrevocability attached with the punishment of a death penalty. Nor did they ignore the fact that capital punishment was very severe, and a modern approach was required to deal with criminals. But considering the state of the nation, the Commission stated that, keeping in mind the way of upbringing of the citizen, the disparity level in educational and moral levels of the people, the vastness of the area, the diversity of the nation and the utmost need to preserve law and order, India cannot risk abolishing the capital punishment yet. 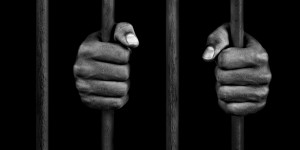 In the judicial pronouncement of Ediga Anamma v State of Andhra Pradesh[7], Justice Krishna Iyer commuted the death sentence of the accused to life imprisonment considering factors like gender, age and socio-economic background of the accused. In this case, the Court laid out that apart from looking into the circumstances of the crime, the Court should also look into the condition of the accused. This case was followed by some important developments. Section 354 (3) was added to the Code of Criminal Procedure, 1973 which stated that in cases where capital punishment was being awarded, the Court has to give special reasons for it. This made life imprisonment a rule, and death penalty an exception, which was the other way round earlier.

In 1979, India also became a signatory to the International Covenant on Civil and Political rights (ICCPR).[8] In the case of Rajendra Prasad v State of U.P[9] the Apex Court, however, stated that the question whether capital punishment should be abolished or retained was a question for the Legislature and not for the Courts to decide.

The case of Bachchan Singh v State of Punjab again brought up the question of the validity of capital punishment and in this case, the doctrine of “rarest of the rare” was formulated. The five Judge Bench stated that the taking of human life shouldn’t be encouraged even in the form of punishment except in “rarest of the rare” cases where no alternative method can be used and is foreclosed.

When the validity of capital punishment was questioned, the bench (majority decision) opined that capital punishment did not violate either Article 19 or Article 21 of the Constitution. They also pointed out to the fact that the makers of the Constitution were fully aware that the capital punishment may be awarded in some cases, and it was proved by the existence of the provision of appeal and provision of pardoning powers of the President and the Governor. It was also laid down that mitigating, and aggravating factors should be considered while deciding the matter.

In the judicial pronouncement of Mithu v. State of Punjab[10], mandatory death sentence, under Section 303[11] Of IPC was declared unconstitutional and deleted from the IPC. This section was based on the logic that any criminal who has been convicted for life and has committed a murder while in custody is beyond reformation and do not deserve to live.

The case of Machchi Singh v State of Punjab[12] elaborated the doctrine of “rarest of rare.” The Court gave guidelines regarding the things to be considered when deciding on the issue that whether the case falls under the category of “rarest of rare” or not. In the case of Allauddin v State of Bihar,[13] The Court stated that in case the Court was unable to give a special reason for awarding the capital punishment, the Court should go for a lower sentence. In the case of Kehar Singh v Union of India,[14] Assassins of the then Prime Minister, Indira Gandhi, were sentenced to death. Kehar Singh was one of the conspirators who took part in the planning of the murder but did not commit it. The Court stated that even this fell in the rarest of rare category. 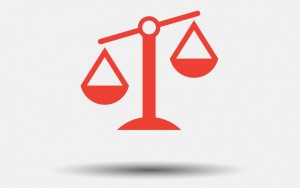 The case of Santosh Kumar Bariyar v State of Maharashtra[15] Can be considered one of the cases where a major step towards abolition of the death sentence was taken. In the following case, the accused along with three other people kidnapped a person and then demanded a ransom of 10 lac rupees. When the demands were not met, the kidnappers killed the victim and chopped his body into pieces and then disposed of the victim’s body by throwing, the pieces are various locations. Although the manner in which the crime was committed was extremely brutal, the Court considered the mitigating factors and opined that the case was outside the ambit of “rarest of the rare” category. The reasoning of the Court was that the accused were not professional killers, and they committed the crime with the sole motive of collecting money. The Court opined that in such circumstances, there was a chance that they might be reformed and opted for the lesser punishment of life imprisonment.

In the year 2012, the judicial system had to suffer two major embarrassments.[16] The first instance was when fourteen retired judges asked for thirteen cases of capital punishment to be commuted admitting that the capital punishment was awarded out of ignorance or error in these cases. The second instance was where, the then President Pratibha Patil commuted the death penalty of a convict to like imprisonment, and it was later known that he had already died five years previously.

After these incidents, the protest against awarding of capital punishment gained more momentum. In 2012, Ajmal Amir Kasab was executed by the State for his involvement in the Mumbai Terror Attack. Then in 2013, Mohd. Afzal, the mastermind of the 2001 Parliament Attack was also executed. The verdict of the Nirbhaya Rape case was also given in 2013 where the accused were awarded death sentence; this decision also reignited the debate regarding the death penalty.

India’s view on the issue of capital punishment is still very topsy-turvy. The debate is not only about the legality of the punishment but also include social and moral aspects. If the question of law is kept aside, two views can be given on the issue. The first view is the security of the society, and the public sentiments. The counter view is that it promotes the principle of “eye for an eye” which can’t be accepted in a civilized society. On one hand by retaining the death sentence, we may condemn someone to death, who turns out to be innocent. On the other hand, by giving a second chance to someone, we might be giving them a bullet to shoot us, just because they missed the first time.

[1]Dei delitti et DellePene (On Crimes and Punishment), written in 1764

[8]Article 6(2) of the ICCPR says:  “In countries which have not abolished the death penalty, sentence of death may be imposed only for the most serious crimes in accordance with the law in force at the time of the commission of the crime and not contrary to the provisions of the present Covenant and the Convention on the Prevention and Punishment of the Crime of Genocide.”

Sub- section 5 of the same Article says that no sentence of death shall be imposed on anyone under the age of 18 years and none can be carried out on pregnant women.