Today, ownership and management have assumed a very separate role from each other. The owners are now unable to control the management effectively and efficiently. The running and operations of a corporate totally depends upon the Board or the Management and the owners have very less to do with the running of the company.

Under the old Companies Act, Section 397 governs the issue of oppression and mismanagement.Section 397 is based on Section 210 of the English Companies Act, 1948.[1] Before proceeding further, it is important to understand the relevance of Section 210 of the ECA, 1948. Section 210 of the ECA provides for an alternative remedy to wind up in case minority shareholders are being oppressed. This Section states that if any person feels that the activities are business are carried on in such a manner that it is oppressive to a part of members (including himself), then the Board of Trade may file an application in this regard to the Court. The Court after forming its opinion on the issue, and with a view to stopping such practices which are oppressive may make any order including regulating the affairs of the company or regulate the purchase of shares of the company, etc. 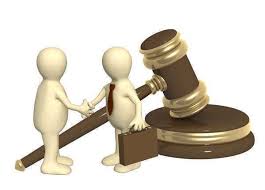 Coming back to the Indian Statute, Section 397[2] allows a person to file an application to the Company Law Board for relief, in case there is any oppression.

Section 397 reads that if any member of the company feels that the activities of the business are being carried on in such a manner which is oppressive to any member (s) or is against public interest, the person may file an application to the Company Law Board, seeking a remedy, provided that the person is eligible to file the application under Section 399.[3] 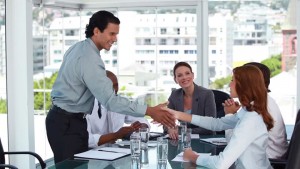 Under this Section, the condition for maintainability of the application is very clearly mentioned. The activities of the company should be such that they are prejudicial to the interest of the company, or against the public interest, or is oppressive towards a part of members. The burden is on the applicant to prove that winding up of the company would be unfairly prejudicial to his interest, but prima facie, the facts clearly indicate that it would be justifiable to wind up the company on fair and equitable grounds. There are two conditions which are to be fulfilled to get relief under this Section. The first is that the person should have the right to file an application (he should be a minority as specified under the definition of “minority”). Secondly, there should be allegations to support winding up. In case there are no such allegations, an application cannot be filed under this Section.

In the judicial pronouncement of Killick Nixon Ltd. v Bank of India,[4] it was opined by the Court that it is not necessary that a personal prejudice has been caused to the applicant. The cause of action arises from the fact that the company was operating in such a manner that they were against the public interest, or oppressive and prejudicial to some of the members of the company. Oppression of other members can also be a valid locus standi.

Due to the use of the term “public interest” in the Section, the ambit of the Section is very wide. So the cause of action can be justified when the oppression is not taking place against any member of the company, but a third party is suffering. In cases of corporates, the concept of public interest in very important because operations of a company affect not only the “shareholders” of the company but other “stakeholders” also. It is argued that when a company is operating in society, it has some responsibility towards the society, and anyone who is impacted by the actions of the company and is reasonably connected with the enterprise, is a “stakeholder.”

In India, the statute and the Courts have borrowed the definition of oppression from the words of Lord Keith, which he said in the case of Scottish Co-operative Ltd. v Meyer.[5] The definition given by Lord Keith was used in the Indian case of Needle Industries (India) Ltd Needle Industries Newey (India) Ltd.[6] According to Lord Keith oppression meant lack of morality and fair dealings in the affairs of the company, which may be prejudicial to some member of the company. Scope of the Law

In the case of Shant Prasad Jain v Kalinga Tubes Ltd,[7]  the Apex Court gave its view on the requirements of filing an application under Section 397. It stated that it is not enough to show there is a just and equitable ground to wind up the company. It is necessary to show that the majority shareholders acted in such a way that it was oppressive towards the other party. The events have to be seen as a whole. The majority party should act in an oppressive way continuously, up to the date petition is filed. Their conduct should have been wrongful and harsh towards the minority shareholders. Just the mere lack of confidence between the two parties do not give rise to a cause of action. There should be an element of lack of probity and fairness in the dealings between them.

From the above statement, it can be said that the burden lies on the shoulders of the applicant. Through this judicial pronouncement the requirement of “continuous activities” have been added as a requirement. Thus, a one-off incident would not attract Section 397. 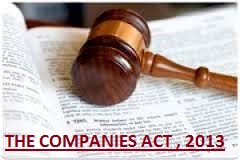 Under the new Act (2013), Section 241 and 242 govern such cases. These two Sections are very similar to Sec 397 of the old Act. The only major difference is that Section 241 (1) (b) of the new Act has provided an additional ground for filing an application. It states that-

“ the material change, not being a change brought about by, or in the interests of, any creditors, including debenture holders or any class of shareholders of the company, has taken place in the management or control of the company, whether by an alteration in the Board of Directors, or manager, or in the ownership of the company’s shares, or if it has no share capital, in its membership, or in any other manner whatsoever, and that by reason of such change, it is likely that the affairs of the company will be conducted in a manner prejudicial  to its interests or its members or any class of members.”[8]

Interpreting this clause, it can be understood that this clause gives the minority shareholders a pre-emptive remedy. Under this clause, they can file an application to prevent any change in the original structure of the company, if they have the grounds to believe hat such a change would be prejudicial to their interests.

The legislature has tried to provide as much safeguard as it can to every shareholder of the company. The minority shareholders are also given some rights to protect their interests. Under the 1956 Act, the minority group was given specific rights exercising which they could convey their opinion to the management and the Board and also challenge the decisions of the majority shareholders.

There is a concept of minority “squeeze out” also in the corporate law. The concept follows the principle that the majority through various means try to obtain the share of minority shareholders and acquire administrative stronghold. In the old Act of 1956, Section 395[9] directly dealt with this issue. Under the new Act, this concept is dealt under Section 236.[10]

[9]Power and duty to acquire shares of shareholders dissenting from scheme or contract approved by majority.