This article is written by Dhawal Srivastava, a student currently pursuing B.A. LL.B (Hons.) from the Rajiv Gandhi National University of Law. In this article, the author has made an exhaustive analysis of the concept of carbon pricing, the role of the World Trade Organization, abbreviated as WTO, specific emphasis on the Border Carbon Adjustment (BCA) as a form of carbon-pricing and its compliance with WTO rules.

Ever since the foundation of the General Agreement on Tariffs and Trade (GATT) in the year 1948 and the subsequent evolution of the World Trade Organization (WTO) in 1995 after much deliberation happened in the Uruguay Round (1986-94), a paradigm shift has been observed in the sphere of international trade and its governance, including a decrement in trade barriers and taxes, redressal mechanism of disputes and the germination of several trading regulations thereafter. Climate change, a phenomenon that is here to stay, has been described by many economists around the world as a market failure due to the fact that the future generations will have to bear the repercussions and the additional costs due to the lapses shown by the current generation with respect to working towards this issue. One of the most viable opportunities for including conservation norms within the global trading structure is capitalising on the pivotal role played by carbon pricing on controlling the emissions of toxic gases into the environment.

What is carbon pricing

Carbon pricing can be described as monetization of the pollution, particularly carbon emissions, imposed with the intention of promoting the polluters and industrialists to reduce the quantity of discharge of such greenhouse gases into the environment. It is a general consensus amongst many economists that the introduction of carbon pricing is one of the most effective methods by which countries can contribute their bit to the cause of taking precautionary measures against climate change.

Besides the regulation and impact on the behavioural pattern of the polluters, carbon pricing also helps in raising money for financing the ‘clean-up’ activities, such as investment in the research of technologies that can promote environmental conservation. As a result, carbon pricing helps in an equitable distribution of the monetary liabilities of stopping climate change amongst all the generations alike, instead of just burdening the future ones with it.

Politics play a pivotal role when zeroing in on the price for carbon. Around 40 countries from across the world have some of the other monetary amounts fixed for carbon pricing, ranging from USD 1 to 130 per ton of carbon dioxide emissions. These policies can be classified into two categories: cap & trade and carbon tax.

A carbon tax is a price that is levied on carbon emissions and is a form of the policy followed for carbon pricing. It has been proved to be an effective methodology in reducing the discharge of toxic gases into the environment. It helps in maintaining an equilibrium of demand and supply at a level most conducive for social standards. It is important to set the right price for this as prices lower than the actual social cost can lead to an increase in the disagreeable amount of pollution.

Cap and Trade is a kind of emissions trading that restricts (by putting a cap on) the discharge and monetises it. It is supposed to get stricter with time. The trading part is basically a market for corporations to transact allowances for permitting them to emit a certain amount of carbon, as it is basically the supply and demand that sets a price. Trading, thus, provides companies with a reasonable opportunity to cut down on emissions in the most cost-effective methods.

The cap is set by the respective governments of different countries either across the entire economy or on a particular industry that demands restrictions the most.

The role of WTO with respect to climate change

After the commencement of the Doha Rounds in 2001, it has been observed that regulation of trade tariffs has not been the sole objective of the World Trade Organization (WTO) for the past few years. In fact, its supervision over norms has increased significantly. Many parallel this with the fact that the Doha Rounds happened to take place at a time when the vocalization about environmental issues and climate change has started happening at a rapid rate. This, of course, has a substantial impact on the way international trade works and WTO is bound to act.

Article XX of the GATT provisions and enlists issues like the environment, culture, health and labour which provides validity to the inclusion of norms around environmental conservation in the international trade governance of the WTO. In specific, clause (b) and (g) of Article XX talks about having exceptions in order to save living beings and natural resources respectively. There is, thus, a documented authority that vests with the WTO regarding addressing these concerns, in particular, carbon usage in production and trade whose emissions are causing climate change.

The relationship between carbon pricing and WTO can be explained under the following heads:

The exceptions that are mentioned in Article XX of the GATT provides for the national treatment of the matters. But a heterogeneous treatment of an overwhelming global issue like global warming (directly originating from uncontrolled carbon emissions) by letting individual states decide the adequate carbon content and pricing can lead to the eventual smoothening of these measures. This is where a WTO coordinated Border-Carbon Adjustment (BCA) or a tax regime centred on the principle of an internationally recognised and the agreed price comes into the scene.

As of now, there is no efficient internationally acclaimed and agreed carbon pricing regime. The field is basically constituted by various:

But barring few countries, the majority of the States of the world do not have any effective carbon pricing system in place. However, it must be remembered that a phenomenon like climate change has no territorial and border biases and if not controlled has the potential to ravage the entire civilisation. Globalised coordination and effort are required in order to curb such toxic emissions in the environment. In order to facilitate this process, a World Trade Organization supervised BCA regime is the need of the hour and should be recognised to the earliest by the global community.

After the implementation of carbon tax regimes in America and Canada and the subsequent observations made in this regard, it has been concluded that there is no harmful impact arising out of a standardised carbon pricing system on the local economies of a country. However, certain economic and political risks are still associated with the kickstart of such a project; companies can move to other countries with less strict or no carbon pricing regimes where they could continue their ceaseless production without holding any accountability regarding the carbon content of their products and solely focussing on their price advantage. This translocation of industries or companies can spark carbon “leakages” or increment of carbon emissions in other countries as well which could later suffer immensely due to the absence of any adequate regulation. A WTO-backed Border Carbon Adjustments (BCAs) can help in preventing this from happening. BCAs can increase the price of the less accountable products made in foreign lands and match them with the national environmental accountability mechanisms.

Need to comply with the WTO Rules

There are a total of 164 members who are a part of the World Trade Organization. Since BCA, as a tax regime, is applicable to foreign-manufactured products, it cannot avoid the necessity to comply with the rules and regulations of this international trading organization. The main premise on which international trade is based on according to WTO is that of non-discrimination on two levels: international and domestic.

Some other considerations that should be kept in mind while having a BCA tax regime which is compatible with WTO’s rules are:

All in all, in order to show the compatibility between a domestic and WTO law, the country, instead of imposing partial or biased taxes and meting out unequal treatment to the imported goods can well work on the amelioration of their own carbon emissions and environmental problems.

For a problem as gargantuan and troubling like climate change, which is getting increasingly catalysed due to an issue like greenhouse gas emissions, a solution like Border Carbon Adjustments, an integral aspect of carbon pricing norms, is needed which can be carried out on a larger scale by institutions such as the World Trade Organization. The member nations of WTO, which constitute a major chunk of the world, can very effectively carry on their international trade and simultaneously work towards the conservation of the environment without compromising or adversely affecting the former. If implemented properly and with full compliance of the WTO rules, carbon pricing or BCA regime can help secure a better future for the upcoming generations. 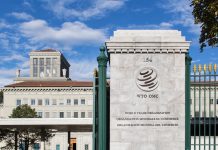 Policy proposals for export-led growth in compliance with WTO law 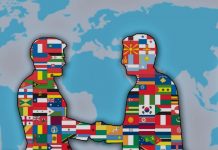