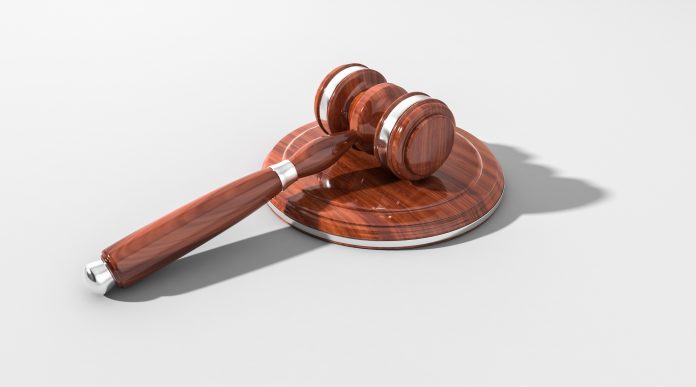 This article has been written by Ria Goyal, a 3rd-year law student, pursuing BBA-LLB(H.) from The NorthCap University.

This case was about the military activities which were conducted directly, or with the help of the United States.

In 1909, the United States of Americas’ military and marine rule deposed the President of Nicaragua and established their rule by occupying the territory of Nicaragua.

A Pro-US government was constituted which led to the formation of several treaties between the two States. These treaties gave exclusive rights and privileges of trade, transport, commerce, and access of Nicaragua to the United States. This led to a rebellion in Nicaragua between 1927 to 1934 which resulted in forcing the United States to leave Nicaragua while withdrawing the marines.

In 1972, an earthquake occurred in Nicaragua, which led to large-scale destruction in the country. After the earthquake of 1972, the Sandinista (FSLN) Movement was seen rising. The purpose of this movement was to provide support to the affected people, regardless of their position in society. This Movement later ended up transcending to a rebellion against the Somoza governed dictatorship rule of the Country.

This threatened the control of the United States over Nicaragua. As a consequence, the United States stopped its aid to Nicaragua around April 1981, and later in September 1981, Nicaragua claimed that the United States decides to plan and undertake activities directed against the country. This was followed by armed activities being conducted against the government which was formed in Nicaragua. These activities were mainly carried on by FDN (Fuerza Democratica Nicaragüense) and ARDE (Alianza Revolucionaria Democratica). The former operated along the border of Honduras and the latter along the border of Costa Rica. Later they resorted to the formation of Contras. Contras was a rebel group formed for the purpose of suppressing the Sandinista (FSLN) Movement and continuing with the dictatorship rule. This was still covert support.

The US claimed that the International Court of Justice had no jurisdiction to try and adjourn the matter as the UN Charter and the Charter on the Organization of the American States are multi-lateral treaties and an essential element to try a case as such is that all members of the treaty are parties to the case. Given the absence of other members, the United States claimed that the International Court of Justice doesn’t have jurisdiction in the present matter.

The United States also claimed that the provisions invoked by Nicaragua have been reserved by them and so the International Court of Justice is not competent to pass any judgment based on them.

Nicaragua argued that the role that the United States played by giving rise to Contras and assisting them directly to suppress the Sandinista (FSLN) Movement was a clear intervention in the internal affairs of the country and hence in violation of the Convention on the Rights and Duties of the States.

Apart from this, Nicaragua also claimed that the attacks done by the United States by way of land, air, and sea where a violation of the International Laws of Land and Seas. It was an act of aerial trespass which violated several international laws and treaties

The argument raised by Nicaragua was that the United States had recruited, trained, and equipped the recruits with arms to cause disruptions and stir up violence in Nicaragua. This was a clear violation of Article 2(4) of the U.N. Charter as the members were refrained to use force against the political independence and territorial integrity of any State. The United States government had taken unauthorized military actions against Nicaragua and since this was not an act of self-defense, it was a clear violation of Article 18 and 20 of the Charter on the Organization of the American States.

The United States also pled self-defense to surpass the accusation of violating Article 18 of the Charter on the Organization of the American States.

The following are the laws that were claimed to have been violated by the United States.

Article 2 of the UN Charter

All Members shall refrain in their international relations from the threat or use of force against the territorial integrity or political independence of any state, or in any other manner inconsistent with the Purposes of the United Nations.

The American States bind themselves in their international relations not to have recourse to the use of force, except in the case of self-defense in accordance with existing treaties or in fulfillment thereof.

All international disputes that may arise between the American States shall be submitted to the peaceful procedures set forth in this Charter, before being referred to the Security Council of the United Nations.

No state has the right to intervene in the internal or external affairs of another.

This was a 142-page judgment, containing 291 points of the verdict. The arguments put forth by the United States regarding multilateral treaty reservations were valid. This made it difficult for the Court to depend upon the UN Charter. So, the court ended up developing a significant jurisprudence on customary international law.

The Court in passing this judgment observed that:

It was also observed that the independent nature of treaty law in comparison to the existence of customary laws.

A controversial aspect of this judgment was the definition given of armed attack.

The court held that an armed attack includes action taken by an armed force beyond the international border and sending any groups of people to carry out acts of armed force against another state.

This part of the judgment closely resembles Article 3(g) of the UNGA Resolution 3314 (XXIX) on the Definition of Aggression.

When the court decided to apply customary law in its decision, the burden fell upon the court itself to make sure that the rules of customary law were relevant to the present case. To conclude that it was in fact a customary law, opinio juris and state practice had to be established.

The court observed that opinio Juris was easily established by looking at the General Assembly resolutions passed. But what lacked in the judgment was the presence of state practice. It was a common belief by many scholars that establishing state practice was more essential than opinio juris. It is only after State Practice was established beyond reasonable doubt that Opinio Juris would even be considered.

The Court while justifying their decision stated that the conduct of the States should be consistent with the established rules and any inconsistent behavior should be treated as a breach of that rule and not the formation of a new rule. So, a general consent of member states is enough to establish opinio juris.

This opinion made this judgment a landmark judgment as it went against common practice and belief.

This was a blow on the United States government. The court in passing this judgment crossed all the restrictions that were placed against it and surpassed all the diplomatic pressure that was being put upon it because the United States is a global dominator. This is considered to be a major achievement for the court because it was able to surpass the pressure to deliver an unbiased decision.

A notable fact that I’d like to highlight is that the dissenting opinion given by Judge Schwebel was twice as long as the actual judgment.

Where the judgment was celebrated by many, it was barely an achievement. This case also highlights the weakness of international law as after the judgment was passed by the United States refused to pay the reparations to Nicaragua and withdrew its declaration of compulsory jurisdiction. The United States also blocked Nicaragua’s appeal to the UN Security Council. On 18 January 1985, the United States even announced that it had no intention to participate in any further proceedings relating to this case.

So, regardless of the landmark nature of the judgment, there was a lack in the implementation of the order and there isn’t really anything that can be done about it.

Article 18 of the Indian Constitution