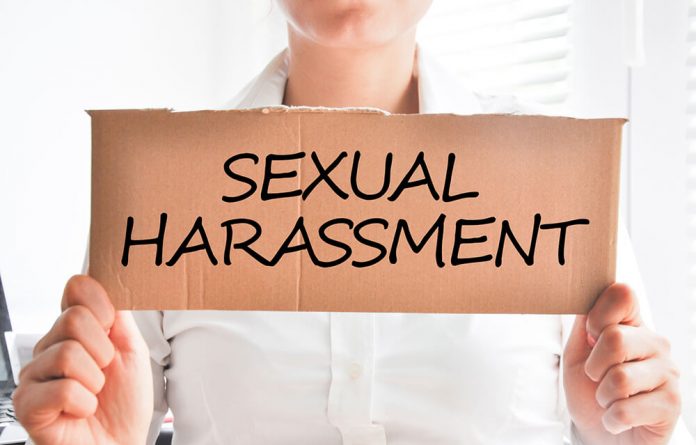 This article has been written by S.Sujitha.

I raise up my voice—not so that I can shout, but so that those without a voice can be heard. We cannot all succeed when half of us are held back.

As Malala Yousafzai gave voice to numerous women who weren’t heard, similarly, there was a woman who raised her voice against sexual harassment at the workplace in the late 1990s. In the present scenario, we all have the appropriate legislation of Sexual Harassment of Women at the Workplace, 2013 to be claimed in instances of any harassment or to safeguard and provide a safe environment for working to women. But have you ever thought what would be the scenario back in 1992, which is almost 15 years before 2013? This case of Vishaka vs. State of Rajasthan showcases the picture of one such instance of discrimination against women. Owing to the need for distinct legislation in this regard, the Supreme Court ruled the Vishaka guidelines in this case for the protection of women from sexual harassment in the workplace.

At the outset, it is necessary to put forth the facts of the case in detail to render a better understanding. Firstly, there was an immediate cause responsible for initiating this fight for gender justice which was the case of the alleged brutal gang rape of a woman in a village in the State of Rajasthan. Bhanwari Devi, a social worker was gang-raped for doing the noble act of preventing child marriage. Unfortunately, this criminal case pursuant to the insufficient evidence proving the crime was dismissed [1]. However, this incident gained momentum among various social activists and NGOs, enforcing the necessity for specific legislation for sexual harassment of women at the workplace in the light of Gender Equality. Subsequently, this writ petition was filed by certain social activists and NGOs under Article 32 on the ground of violation of Articles 14, 15 and 21 of the Constitution.

Before delving into the analysis, let’s have a look at the issues raised:

The Council on behalf of the Petitioners contended that the sexual harassment undergone by women at the workplace is a violation of Articles 14, 15, 19(1)(g) and 21 of the Constitution. Adding on, the counsel pointed out the need for the legislation by highlighting the lacuna of appropriate provision of law in the view of a safe working environment for women. The counsel on behalf of the respondent, indeed, extended considerable assistance required to aid the Court in dealing with the discussed social evil. Additionally, Ms. Meenakshi Arora and Ms. Naina Kapur also lent a helping hand to the Court. Further, Shri.Fali S. Nariman being appointed as Amicus Curiae as well assisted the Court. Therefore, it goes without saying that the judicial assistance provided, portrays the willingness to work together, towards a better upshot on taking the interests of the people into account. [2]

Firstly, the court ruled that such an incident is a crystal clear violation of Article 14, 15, 19(1)(g) of the Constitution. Furthermore, the Court indicated few other provisions relevant, in particular, Article 42 (Provision for Just and humane conditions of work and maternity relief) and 51A (Fundamental duties of the citizen). [3]

Secondly, the Court dealt with the application of international conventions in the absence of required Domestic Law. The court highlighted that a relevant International Convention which is consistent with the fundamental rights as well in harmony within its scope can be applied for the promotion of the Object of the Constitutional guarantee as implied under the Article 51 (c) and Article 253 (Power of the Parliament to enact laws for the implementation of the International Conventions and Norms) read along with the Entry 14 under the Union List in the 7th Schedule of the Indian Constitution. In addition to this, the court also emphasized Article 73 (Extent of Executive power of the Union).

Thirdly, the court acknowledged the need for guidelines to render Gender equality and emphasized the significance played by the International Convention and Norms as the very nature of protection of sexual harassment and right to work with dignity being universal.

The court envisaged the Beijing Statement of Principles of the Independence of the Judiciary in the LAWASIA region [4] which sets the minimum standards required to be taken into account to ensure the Independence and effective functioning of the Judiciary. On moving forward with the problem at hand, the Court adverted to Articles 11 and 24 of the Convention on the Elimination of All Forms of Discrimination against Women [5]. Subsequently, the Court relied on the cases of the High Court of Australia in Minister for Immigration and Ethnic Affairs v. Teoh [6] and Nilabati Behera v. State of Orissa [7] to reiterate the application of International Conventions for the better understanding of the fundamental rights explicit in the Constitution through the prism of gender equality.

On considering the absence of domestic law regarding gender equality and protection from sexual harassment at the workplace, the Court formulated the guidelines and norms to be observed at all the workplaces until the enactment of legislation under Article 32 for the enforcement of the Fundamental Rights of the Constitution. Adding on, the court declared this as a law under the ambit of Article 141 of the Constitution. The guidelines prescribed are:

Duty of the Employer

It is defined as an unwelcome sexually determined behaviour either directly or indirectly which includes physical contact, demand/request for favours based on sexual nature, Showing pornography, any sexually coloured remarks or other unwelcome physical verbal/non-verbal conduct of sexual nature.

An efficient complaint mechanism should be engendered ensuring the time-bound remedies to complaints. In addition to this, a complaint committee can be set up, headed by a woman, comprising of a special counsellor, a third party related to this issue and not less than half the members being women. This committee and the employer are required to submit a report annually to the concerned government department regarding the complaints and the actions taken thereon.

Employees should be encouraged to come forward to raise such issues at the appropriate forums.

Awareness should be created among the employees regarding the prescribed guidelines.

The court puts a request to the Central or State government to enact appropriate legislation in the private sectors in this regard.

First of all, the inputs put forth by the Hon’ble Supreme Court is highly worth mentioning. On a serious note, this case deals with one of the most sensitive and needed issues for women and indeed, has shed light on the same, to a certain extent. Further, the acknowledgement of the loopholes in the provisions and the need to formulate the necessary solution for the social evil, by the judiciary, reinforces the very essence of democracy. Without a doubt, the court‘s decision on incorporating the International Convention in the absence of suitable domestic legislation is absolutely pitch-perfect. On drawing parallels between the situations back then and now, Sexual harassment still prevails to be a menace to women. One such incident in a women’s life has got all the power to have adverse repercussions on all the spheres of her life.

Even after eight years of the enactment of the Sexual Harassment of Women at Workplace Act, 2013, there are several incidents of sexual harassment being reported, moreover, many go unreported.

The Act has not lived up to the high expectations that would be expected of a bill that has been in limbo for over 16 years. Many sections are self-defeating and nullifying, and certain essential features have gone unnoticed. Essential mechanism procedures such as the provision of legal expertise, clinical counselling facilities, medical insurances related to the violence, compensation from the employer, and so on have not been made available.

The Act, which was supposed to be very victim-friendly, causes complications for the victim at every turn. Laws should reflect cultural developments, particularly in areas like sexual assault and exploitation.

In many situations, the inability to correlate legal growth with societal development reveals a great deal about the level of misunderstanding regarding very humiliating acts like sexual harassment. The legislature should thoroughly review the Act and address the flaws that it contains. In a severely affected society like India, a firm and serious effort on the part of the legislature is necessary to address and remove this problem. Socially speaking, women empowerment have come a long way since Independence but still have multiple arenas to be achieved. This huge gap can be enrooted to the gender stereotyping mindset of the society. The ultimate solution is the real change in the mindset of society to establish gender equality. Only then, the feathers of Women Empowerment can be flaunted with pride.

India is making significant progress toward its development goals, and more women are entering the workforce. Recognizing the right to protection against sexual harassment is an essential component of safeguarding women’s human rights. All of this is a step toward ensuring women’s independence, equality of opportunity, and the right to a dignified workplace. Workplace sexual harassment is a societal issue that has to be addressed. It is critical to raise employer and employee knowledge of the presence of various types of sexual harassment at work, as well as preventative measures and the legal framework for preventing and treating sexual harassment.

Needless to say, this case proves to be one of the turning points in reforming society in the light of Women empowerment. The Court’s efforts in this ruling to clear cut solution to the issue at hand should be appreciated. This ruling, beyond the shadow of a doubt, turns out to be a significant precedent till date. Eventually, the Sexual Harassment of Women at workplace act was enacted in the year 2013 which ultimately brought light on various needed provisions. However, the social problem of sexual harassment at the workplace still continues to exist, amid the presence of such legislation. On the other hand, men are also harassed sexually in various cases. All these results in a pressing need for more appropriate legislation to cover all the spheres of this issue.

Dissemination and awareness-raising activities should be undertaken and reviewed on a regular basis in order to develop best practices for dealing with sexual harassment in the workplace, as well as to forewarn and enlighten prospective victims of sexual harassment so that they can avoid it. Enhancing sexual harassment training classes and following the guidelines on sexual harassment prevention can aid women in combating it.

You can tell the condition of a nation by looking at the status of its women.” – Pandit Jawaharlal Nehru