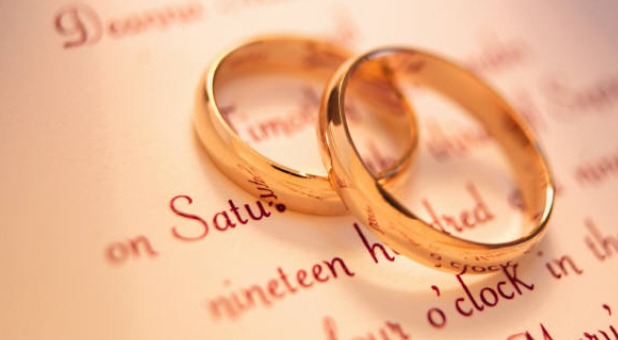 This case summary is written by Madhuri Pilania, from Symbiosis Law School, Noida.

The government gives some rights to its citizens as well as to non-citizens. The citizens of the country are provided with some Fundamental Rights (Part 3) which are guaranteed by the Article 32 of the Constitution along with-it citizens are also obliged by some Fundamental Duties as stated in Part 4A. The Right to marry is a Right of choice for choosing a partner embodied in the Article 21 of the Indian Constitution. In India, marriage is a sacred concept and the foundation of a civilised society and hence, a relation is formed. Once it is formed the law then steps in and binds the two parties with some rights and obligations. It is believed that “people give up some of their individual liberty in exchange of some common security. This is known as Theory of Social Contract.

The Right to marry is a part of right to life under Article 21of the Indian Constitution. Although it is not specifically mentioned in the Constitution, it has been inserted in Article 21 by the Hon’ble Supreme Court by the virtue of Article 32. It is also stated under the Human Rights Charter within the meaning of the right to start a family.

The case of Lata Singh vs. State of Uttar Pradesh is one such case which talks about Right to marry and inter-caste marriage. The case law talks about Petitioner Lata Singh (hereinafter referred as Petitioner)  and her husband who were threatened by Petitioner’s brothers as they belonged to different castes.

The writ petition was filed under Sections 366 and 368 of the Indian Penal Code, 1860 and later the criminal proceedings were quashed under Section 482 of Code of Criminal Procedure, 1973.

The case of Lata Singh v. State of Uttar Pradesh is a landmark judgment in the legal history of India. In this case the Hon’ble Justice Ashok Bhan and Markandey Katju, JJ. allowed the writ petition under Article 32 filed by a woman named Lata Singh for enforcement of her right, that is to marry a person of her choice with her own will. The Supreme Court gave a decision in her favor and ordered for her police protection as well.

The case of Shafin Jahan vs. Asokan K.M. and Ors. is a landmark judgement by hon’ble Justice D Y Chandrachud, popularly known as the “Hadiya case”. It has been a significant case for women’s right to marry the person of her choice in India. Hadiya is Hindu women married to a Muslim man. So, she converted her religion and changed her name to Islam. Hence, he filed a writ petition of Habeas Corpus before the High Court of Kerala under Article 226 of the Indian Constitution.

This marriage of Hadiya was challenged by her parents in the court of law. The High Court upheld her father’s right over her choice and gave her custody to her father despite the fact that she was 25 years old.

The rights of women in India are still subject to ignorance as the majority of people overlook women’s right to choose and consent when it comes to marriage. Article 12 protects the right of men and women of marriageable age to marry.

On 8th March the learned Judges of the Hon’ble Supreme Court considering the arguments advanced on both the sides, held that the High Court was wrong in its decision while issuing the writ for Habeas Corpus. In the facts it is stated that the appellant had admitted her marriage on 27th November 2017 before appearing in the Court. The judgment and the order passed by the High Court was set aside and appeal was allowed.

The Supreme Court upheld Hadiya’s marriage to Shafin Jahan and delivered its judgement in favour of Hadiya, and hence the decision of the High Court was declared as invalid. On 9th April 2018, it passed the judgement explaining the reasoning behind its decision. It basically dealt with the freedom to choose religion, one’s choice or life partner.

Article 32 of the constitution provides for constitutional remedies which mean that a person has a right to move to Supreme Court and High court under Article 226 for getting one’s Fundamental Rights protected.

In the present case, the petitioner used to live with her brother and when she attained majority she moved out from the house by her own will to marry a man of her choice outside their caste and they married at Arya Samaj Mandir and had a daughter out of their marriage, the brothers of the petitioner were against her marriage and tortured and harassed the family of the husband as well as the petitioner. The relatives of the husband were falsely accused in a case due to which they had to spend several days in lockup. The court decided to hear the plea and provided Lata with police protection stating that she has a right to choose her life partner by her own choice. This case brings out how in the name of caste honour killing is done provided what all traumas individuals have to go through if one marries outside their caste.

Whether the Writ Petition filed by the Petitioner under Article 32 for issuing the writ of certiorari/mandamus and for quashing the Sessions Trial No. 1201 of 2001 under sections 366 and 368 of the Indian Penal Code, 1860 arising out of FIR No. 336 of 2000 maintainable?

The Hon’ble Court delivered the judgement in favor of the petitioner and held that the marriage was valid and the High Court was wrong in its decision for nullifying the marriage and issuing the writ of Habeas Corpus to the father of petitioner. The Hon’ble court accordingly set aside the order of the High Court of Kerala and held that Right to marry is a Right of choice for choosing a partner embodied in the Article 21 of the Indian Constitution.

Facts of the present case

As rightly quoted by the Hon’ble Justice Markandey Katju, We sometimes hear of “honor” killings of such persons who undergo inter-caste or inter-religious marriage of their own free will. Only in this way can we stamp out such acts of barbarism.

It is rightly said that the caste system in many countries specially India, have destroyed many marriages and relationships. Any person who has attained the age of marriage or the knowledge whatever is earlier, should have to Right to marry to a person of his/her own choice. Furthermore, this pattern of in-group derogation tends to be more distinct among individuals who are highly identified with their group than those who are not. When it comes to marriage between different castes and communities, it’s like a taboo for most of the people across the country.

Marriages are considered not only a social institution in India, but also a sacrament. Caste marriages are the only way to completely eradicate caste barriers in India, whether urban or rural. They have to deal with threats and violence as happened in this case.

In the circumstances of this case, the writ petition was allowed by the Supreme Court. “The Supreme Court has held that people perpetrating such violence and harassment should be severely punished”. It was directed that the criminal proceedings shall be instituted against the petitioner’s brothers and others involved by the concerned authorities. The court held that the petitioner is a major and was major at all times. Hence, she is free to marry anybody and there is no bar to inter-caste marriage under the Hindu Marriage Act or any other law. So, the petitioner and her husband or husband’s relatives did not commit any offence.

The proceedings in Sessions Trial No. 1201/2001 titled State of U.P. vs. Sangita Gupta & Ors. arising out of FIR No. 336/2000 registered at Police Station Sarojini Nagar, Lucknow and pending in the Fast Track Court, Lucknow were hereby quashed and the warrants against the accused were also quashed. The police were told to ensure that neither the petitioner nor her husband nor any relatives of the petitioner’s husband were harassed or threatened nor any acts of violence were committed against them.

So, it can be concluded by saying that Caste system is a hindrance for nation’s development and has to be ended as soon as possible. This caste system acts as a bane for progressive India. Hence, by the virtue of this Landmark Judgement it is clear that women have a right to choose her own life partner and marrying outside caste is not prohibited and is not wrong.