The basic Concept of Maintenance was introduced due to the situation where a spouse who is not independent financially, than the other spouse do have a responsibility to help him/her in order to make the living of the other possible and independent, as the Reason has been that the maintenance should be able to provide them to live the life as he or she was living before.

Following are the cases which have brought important changes to the laws related to maintenance.

This Case’ judgement was claimed to be a milestone as it was a major step ahead of the general practice of deciding the judgement of the cases on the basis of interpretation of the personal law and also lay an emphasis on the need to implement the Uniform Civil Code. It also took a note of different personal laws and the need to give a recognition and it also addresses the issue of gender equality and perseverance in matters of religious principles.

The then CJI, Y.V.Chandrachud upheld the decision of the High Court that gave orders for maintenance to Shah Bano under the Code of Criminal Procedure, 1973. For its part, the court did increase the sum of money to be given under the maintenance.

Whether Magistrate can grant Interim Maintenance

Under this case, the Supreme Court did come into the questions of the provisions that whether the Interpretation of the Cr.P.C. Provides the Provision for Interim Maintenance.

The above provisions’ interpretations show that they are intended to provide for a preventive remedy for securing payment of maintenance which can be granted quickly and in deserving cases. In the view of foregoing it is the duty of the court to interpret the provisions in Chapter IX of the Code, in such a manner that the decision given by the court keeping in mind about the enacted code on whose behalf the decision is being taken, would not defeat the very object of the legislation.

What Amount will be reasonable for the Wife as Maintenance

Kulbhushan Kumar vs Raj Kumari & Another

The Maintenance was given to wife was determined by the court as the decision was taken keeping in mind about the situation, as the wife was receiving money from her father.

The Court Held that:

In the circumstances of this case, no exception could be taken to the amount fixed by the High Court as well as the date, from which the maintenance would be claimable. In determining the limit at 25% of the ‘free income’ of the appellant, amounts payable towards income tax, compulsory provident fund, and other expenses for maintaining the car for professional purposes as allowed by the income tax authorities should be allowed as deductions from the husband’s total income.

The Supreme Court determined that a victim of a bigamous marriage is entitled to maintenance.

Whether a wife has a right to get maintenance from her husband who is already divorced?

In this Case, the Supreme Court did come across the situation where the wife after getting divorced from her husband appeals for Maintenance. 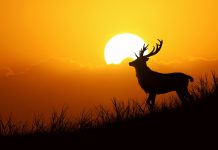 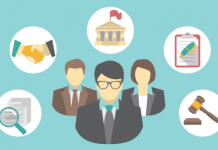 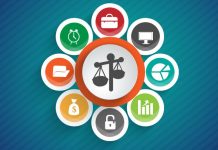