In this blog post, Sakshi Jain, student, Amity Law School, Lucknow Campus writes about child abuse in the commercial and domestic field and also the remedies to cope up with it.

Children are often abused by the one whom they trust the most. Child Abuse is the mental, physical or sexual mistreatment of child or children by their parents, relatives or caretakers. When the caretaker or the guardian of the children neglects or does not take care of them, this acts also amounts to Child Abuse. A child can be sexually or mentally abused in his home, school, organization, workplace or communities. Children are the shining stars of the future world and if any act or omission to act harms a particular child by his parent or caretaker, this results in Child Abuse. Children are abused in their young age, and this creates an impact for life on their mind. 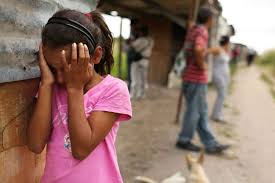 The World Health Organization (WHO) defines child abuse and neglect as “includes all forms of physical and emotional ill-treatment, sexual abuse, neglect, and exploitation that results in actual or potential harm to the child’s health, development or dignity. Within this broad definition, five subtypes can be distinguished – physical abuse; sexual abuse; neglect and negligent treatment; emotional abuse; and exploitation [1]

Physical abuse includes physical force against the children. It includes beating, shaking, burning, strangling, etc. This physical punishment affects the brain of the children very easily and creates difficulties for their survival and development. Mere slapping and beating up a child amounts to abuse because it injures the dignity of the child even though the consequences of it is not visible.

Sexual abuse is non-consensual sexual contact done forcefully. It is a forceful and undesired sexual behavior by one person against another. In this case a child.

When proper care and attention is not given to the child under the age of 18 years, it is assumed that the child is neglected and is treated negligently by their parent or guardian. Neglect can be of financial, medical, emotional, supervisory, etc. Neglected children are psychological, mentally, and physically weak to grasp things quickly. 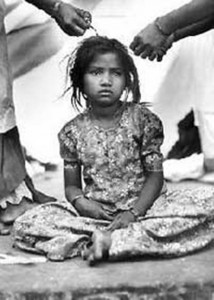 In general term, exploitation means “the fullest most profitable use of something.” Therefore, when the child is treated unfairly to extract benefit from their work amounts to child abuse. Children are used as a tool for means and livelihood by adults. These activities hamper the innocence of the child, and children fear the world as they begin to see the world in a negative aspect.

Child abuse at the workplace is a very sensitive topic as the percentage of child abuse is increasing day by day. Children are the future asset of the country, and they are to be treated and educated well for the progress of the society and the country. It is the duty of the parent or guardian to bring them up well. Child labor in hazardous places is banned in India but in certain organizations, the employers may not be aware of their responsibilities as how to protect the young people working for them.

Child means a person who is less than 18 years of age. It excludes the person who is or has been married. Irrespective of being young, due to the pressure of the family or financial instability, young children are compelled to work at a very lower age. Beggars push their children to beg for material goods or money in front of everyone. They are unaware of the fundamental right which is guaranteed by Constitution of India, i.e., Right to Education. Due to this lack of awareness, they push their children into this begging business or in some domestic housework. In domestic or commercial workplaces, children are treated like animals which violate their right to live with dignity. Mostly physical abuse takes place in the workplace where children are beaten up until remarkable work has not been achieved. Therefore, it needs some awareness and care so that this sort of abuse is stopped. Both male and females can be sexually abused at the workplace. That is why it has become mandatory to set up a sexual harassment cell within the organization. However, there are no provisions for children working in domestic places on safety at the workplace. Most of the child abuse cases are not registered because of the socio-political scenario of the country. 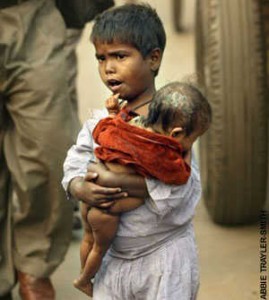 Emotional: Child abuse might affect the child emotionally.  Children who are constantly humiliated, ignored, neglected, and not treated as human beings suffer from emotional abuse. When a child is emotionally abused, they lack confidence in themselves or become anxious. They try to escape from the world. They do not have a close relation with their parents and relatives as they confine themselves to a limited zone. Children who are abused, treat other people the same way. They behave nastily towards other children or animals. Emotional abuse affects a child so deeply that it might take a long time for them to overcome it.

Physical: Physical abuse is when a child is beaten up, strangled, or shaken up by the adults. The physical effect sometimes is not visible, but internally, it affects the child deeply. Physical abuse results in a bone fracture, bleeding, bloating, impaired brain development, etc. Adults who are the victim of child abuse during their childhood, are much likely to suffer from physical ailments such as asthma, arthritis, high blood pressure, etc., in certain cases, there is also chances of cancer at a later stage.

Policy creation: In every organization, a policy should be made for the benefit of the children. Employers should select a child-centered zone, with a safe environment so that they can work freely over there. Safety and welfare of the child are paramount for achieving country’s progress. Employers must know that children need attention to do their work.

Employers practice: The aim of every employer should be, to make a framework within all practices. The framework must include tasks according to the qualification. Perks and benefits should also be included to motivate them to work more effectively and efficiently. 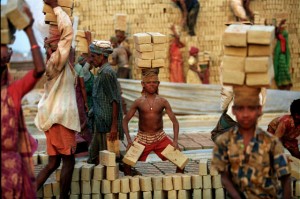 Safety within the organization: Safety may be of any type. Young employees should not be allotted work in a hazardous area which directly harms the health of the children. Safety from sexual harassment should also be present so that no employee will feel uncomfortable in working his/her part. According to the provision, every organization is bound and liable to set up a sexual harassment cell within the organization for the safety of employees. Work provided to the young employee must be the concern of their level of satisfaction.

Children are the most innocent creature of God.  They are very vulnerable, least powerful to cope up with the external surrounding. That is why they are the one to whom most care should be given.

Whenever a case pertaining to child abuse at the workplace comes up, a complaint should be lodged at the nearest police station. A complaint must be put up in the police station so that action can take place immediately.

Child abuse at workplaces is increasing day by day. Children are harassed to an ultimate level. Due to family pressure and financial conditions, they are pushed to work for their family. A person is treated as the child when he/she is less than 18 years of age. The government has taken the initiatives to control this kind of abuse; all these are for the commercial business. A lot of abuse takes place in houses, where the landlords make use of children for their purpose and make them work from day to night. But the government is still working on this part so that the domestic abuse could also be minimized in our country. Article 21 of Indian Constitution itself guarantees right to live with dignity to every citizen of India. Therefore, children should not be taken for granted and cannot be used as a tool of entertainment for the rich people.