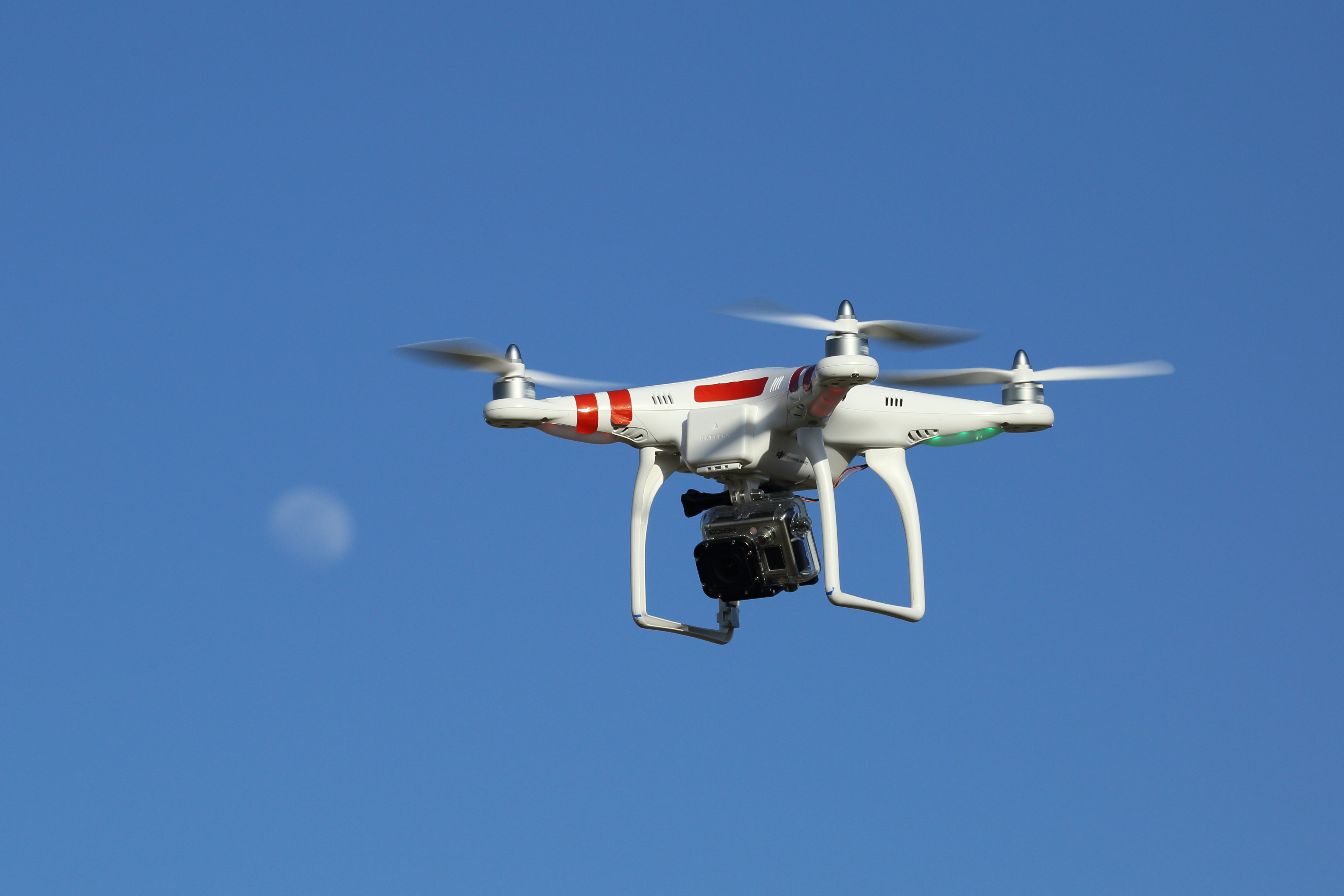 This article is written by Raghav Nagar, a student of Campus Law Center, Delhi University.

We live in an age of unprecedented change. Humanity’s quest for technological development, has in turn paved the way for a plethora of inventions and innovations. As a result of which our life is substantially easier. One such new, though still nascent technology which has the potential to change the course of our daily lives is the Drone Technology.

Any Unmanned Aerial Vehicle (UAV) which is autonomously or remotely piloted—either individually or in a networked manner—can be called a ‘drone.’ Drones, mainly UAV (Unmanned Aerial Vehicles) have been operational in the military sector for a long time. India operated its first drone in 1996 when the Army acquired an Israeli Searcher Mark I. In recent times there has been a marked increase in the use of drones for civilian and commercial purposes. An interesting example from India is that of a Mumbai eatery which delivered its order through a drone. Amazon (the e-retailer) introduced a service called ‘Prime Air’, through which it would’ve made deliveries by using drones.

But The Director General of Civilian Aviation (DGCA) however published a notice banning the use of such drones as there was no set policy  to monitor their use. This technology will gain wide acceptance sooner or later and thus, there is a need to formulate a policy to govern the same.

Since banning the use of drones in 2014, the DGCA has not issued any new guidelines for the same as of June 2015. According to a statement by an official, the DGCA recently has initiated a process to formulate rules and regulation for drone operations in civilian areas. The DGCA has also stated that these rules will be ‘implemented in the coming months[1]’. What needs to be noted, however, is that the use of drones is not restricted only due to a lack of appropriate policies in India, moreover because the International Civil Aviation Organisation (ICAO) has not issued any recommendation or standards for the use of drones for civil purposes either.

The benefits of civilian drones are well known; in the sphere of agriculture, wildlife conservation, aerial photography, perimeter security and even remote monitoring of utilities such as transmission towers, pipelines, highways, railways, etc, The tracking of natural disasters and subsequent search and rescue operations are an extremely important aspect of drone use. As noted earlier in the example of Amazon, doorstep delivery of products is another viable use.

The drones in question are also useful for maintaining peace and security. They can be used for surveillance in crowded places and in monitoring high tension or even riot zones. The Delhi polices use of drones during the Trilokpuri riots is an excellent example of its utility.

On the other side of the debate, there are legitimate concerns among officials and experts of the aviation industry about the use of drones. Drones pose unique challenges as they can be used for intrusive surveillance and thus, to violate a person’s right to privacy. Further, battery failure or loss of navigational control could cause accidents. As aptly put by Mr. Amber Dubey, Partner and National Head of (aerospace and defence), KPMG “Given its multifarious applications and damage potential, ownership and operation of drones need to be licensed. Its size, capabilities, aerial route and end-use of collected data need to be monitored,”[2]

Some of the major concerns regarding the operational facility and capacity of drone use are:

Will each drone be issued a unique identification number or code?

The challenge is regarding the structure of the ATC (Air Traffic Controller) and the network of ground-based radars that are currently not equipped to track all kinds of drones, especially small and micro drones. Drones flying below 1,000 feet  pose a challenge in this regard. Thus what is needed is are new generations of radar and communication systems technology which will able to detect and engage with drones of all specifications and dimensions in the civilian areas.

Since drones are increasingly becoming a part of the manned airspace, it is critical to give each drone a unique electronic code, akin to an Internet protocol address, for quick, easy and clear identification. There are two critical steps required to start this process. The first is to create a regulatory and policy framework where definitions of private, civilian and military airspaces are clearly defined for UAVs using functional specifications such as their flight envelope[3], purpose and loitering capacity[4]. The second is to train the ATC staff to understand the operational nuances and logistical requirements of different kinds of drones to ensure their effective management

Drone technology, being a new technology will carve out its niche in the sphere of transport and various other utility based services in the coming future. The burden of responsibility of the individual owners of these drones is an issue that needs to be addressed..Hence, a separate act by the government is needed to clarify and simplify the law regarding complex situations which may arise due to drone use.

Globally, Spain, Australia and New Zealand have already notified provisional norms for the civilian use of unmanned aerial vehicles (UAVs). The (US) Federal Aviation Administration (FAA) unveiled proposed regulations (for commercial use of small drones) in February, 2015. Since India already has an impetus in this field as it is a global giant in the software industry. The service capabilities of drones are greatly dependent on its software capabilities and Indian drone companies are in a unique position to harness India’s strength in this area. Also the Indian environment is in need of such a technology that will provide a push to the development process that has been instigated by the current government .The possible applications of drones in civilian and commercial sectors are immense and cannot be discounted in any manner.

Hence India needs to develop its own comprehensive policy and regulatory framework for drones so as to enhance its operational clarity. Also there’s an impending need to develop a manufacturing base for an indigenous drone industry. If India takes the initiative, it is quite reasonable to believe, that Drone technology will become a crucial part of India’s emerging digital economy.

[3] the range of combinations of speed, altitude, angle of attack, etc., within which a flying object is aerodynamically stable.

[4] In aeronautics and aviation, loiter is a phase of flight. The phase consists of cruising for a certain amount of time over a small region. The loiter phase occurs, for general aviation, generally at the end of the flight plan, normally when the plane is waiting for clearance to land.