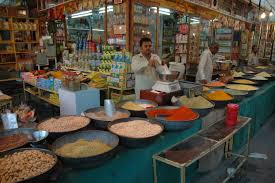 In this blogpost, Apoorv Singh, Student, NALSAR, Hyderabad, writes about the problems that are being faced by industries, despite there being the MSMED Act to tackle such problems, and further suggests as to what steps can the Government Authorities take to get the Act implemented in its true essence.

The central government is planning to introduce ‘Framework for Revival and Rehabilitation of MSMEs’ due to the critical condition of the industry, but before that let’s look at some of the provisions of the Micro, Small And Medium Enterprises Development Act, 2006(hereinafter referred as MSMED Act), that were introduced long ago but there is non-compliance by the state and due to this inactiveness of many State Governments and Union Territories these industries are suffering from delayed payment problems which has been their biggest challenge. If the MSMED Act’s provision for setting up facilitation council was duly followed, then the industries would not have fallen sick.

The Act and the industries under MSME

The MSMED Act lays down a lot of rules for the welfare and protection of these industries. There are a lot of facilities provided to these industries in the Act. If we look into the brighter side of the Act, we can find some really good schemes that provided MSME with the kind of support that they actually need for their survival in the competitive world. In order to understand the provisions of the act, and to penetrate further into the discussion as to how the state government delayed in implementing certain provisions of the act, we need to understand the definition of MSME industries.

In the above-mentioned enterprises, investment in plant and machinery is the original cost excluding land and building and the items specified by the Ministry of Small Scale Industries.

Enterprises engaged in providing or rendering services and whose investment in equipment (original cost excluding land and building and furniture, fittings and other items) not directly related to the service rendered or as may be notified under the MSMED Act, 2006 are specified below.

The MSMED (Micro, Small and Medium Enterprise Development) Act by Ministry of Law and Justice, under Chapter V Section 18 (1), lays down the setting up of facilitation councils in cases, where the dispute is regarding the amount due for any goods supplied or services rendered by the supplier. The requirement is that the supplier should come within the jurisdiction of the court, and the buyer can be anywhere in India. The facilitation council’s main aim was to provide Alternative Dispute Resolution. The courts also do not have the power to entertain any of the appeals from the facilitation council unless the appellant has paid 75 percent of the amount as ordered by the council.

The MSME sector has over 5 lakh sick units, according to a report by the RBI.[1] This clearly indicates the type of difficulty the industry is facing. As per the data, Gujarat is the second state Uttar Pradesh being the first that has the maximum number of sick MSMEs, but still the cases registered under MSME are insignificant in number. In May this year, the Ministry of MSME has already notified a framework, but to what extent these would be implemented is a big question. According to this report, the major problem faced by the MSME industry is delayed payment. To deal with this problem, the MSME ministry came up with the idea of setting up facilitation council so that these small traders get their payment fast. This provision was made to facilitate the payment to MSME. The central government has to follow up timely and coordinate with the state government to monitor that whether or not the state is disposing the cases in time. Developed states like Gujarat and Delhi have not implemented this facilitation reform, and the Central Government has also not taken any appropriate steps to ensure that the states comply with the provisions of MSME.

The MSME industry contributes around 8% of the GDP of the country and can contribute even more if they are taken care of by the government, but if this situation prevails that is conflicts between the buyer and seller and delayed payments the industries will not be able to cope-up and would be forced to shut down.