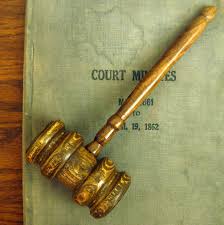 In this blogpost, Priyanka Kansara, a law student from National Law University, Jodhpur writes on the applicability of civil procedure code 1908 in arbitration & conciliation act 1996.

Aim of the Arbitration Law in India

To attract the confidence of Foreign Business Institutions and to enable the parties to resolve the matter out of the Court are the key factors for the Arbitration Law in India. The importance of Arbitration Law was also mentioned in the case of Konkan Railway Corporation vs. Mehul Constructions Co.[1] That,

“ to attract confidence of International Mercantile Community and the growing volume of India’s trade and commercial relationship with the rest of the World after the new Liberalization Policy of the Government, Indian Parliament was persuaded to enact Arbitration and Conciliation Act in 1996 (hereinafter the Act 1996) in UNCITRAL Model. The Arbitration Law endeavours to settle the dispute amicably by negotiating between the parties.”

Section 19 of the Act 1996 states that Arbitration Tribunal shall not be bound by the Civil Procedure Code 1908 (hereinafter the Code 1908) or the Indian Evidence Act.

However, Civil Procedure Code provides an exception to Section 19 of the act. Section 39 (2) of the act, states that on the refusal by the Arbitration Tribunal to deliver the award except on payment of the costs demanded by it, the court may, on an application in this behalf, order that the arbitral tribunal shall deliver the arbitral award to the applicant, on payment into court by the applicant of the costs demanded, and shall, after such inquiry, in any, as it thinks fit. The court can, further order that out of the money so paid into Court there shall be paid to the arbitral tribunal by way of costs such sum as the Court may consider reasonable and that the balance of the money, if any, shall be refunded to the applicant; though this is not the only exception. For the conduct of Arbitration Proceedings, the parties may agree to make the tribunal rely on specific provisions of the Code.[2] Furthermore, a party may, before, or during arbitral proceedings or at any time after the making of the arbitral award but before it is enforced in accordance with section 36, apply to a court under the provisions of the Code, 1908, for certain matters; such as

(a) the preservation, interim custody or sale of any goods which are the subject-matter of the arbitration agreement;

(b) securing the amount in dispute in the arbitration;

(c) the detention, preservation or inspection of any property or thing which is a subject-matter of the dispute in arbitration, or as to which any question may arise therein and authorising for any of the aforesaid purposes any person to enter upon any land or building in the possession of any party, or authorising any samples to be taken or any observation to be made, or experiment to be tried, which may be necessary or expedient for the purpose of obtaining full information or evidence; (d) interim injunction or the appointment of a receiver;

(e) such other interim measure of protection as may appear to the court to be just and convenient, and the court shall have the same power for making orders as it has for the purpose of, and in relation to, any proceedings before it.

Further sub-section (3) of Section 37 of the Act 1996 denies the right to second appeal against the order passed under sub-sections (1) and (2) of the Act, which does not fulfil the objective of section 115 of the Code, 1908.

It was held in the case of Anup kumar Biswas vs. Baul Kumar Biswas[3] that,

Unless a specific provision is provided for a specific procedure to be followed, a normal procedure of a High Court or Forum to which the appeal lies becomes applicable, and the jurisdiction of the Court concerned to deal with such appeal is a procedure under which it is governed, and the same cannot be excluded.

In India, the Code of 1908, governs the execution of decrees[4] whether foreign or domestic. If the award is not performed by the losing party, the successful claimant can enforce it ‘in the same manner as if it were a decree of the court[5] under the CPC. This provision includes the enforcement in the case of Arbitration award also.

In India, the courts do not review the merits of an award in arbitration, unless it is at the request of a party and only if it is under restricted grounds of challenge laid down in the Act 1996.

The Code of 1908, laid down that cases must be encouraged to go in for ADR under section 89(1)[6]. There are various schedules in the Code that places duty on the court to provide for settlement between the parties,

Under the First Schedule, Order XXXII A, Rule 3 a duty is cast upon the courts to make an endeavour to assist the parties in the first instance, in arriving at a settlement in respect of the subject matter of the suit.[7]

The second schedule is related to arbitration in suits while briefly providing arbitration without the intervention of a court. Order I, Rule 1 of the schedule says that where in any suit, all the parties agree that any matter in difference between them shall be referred to arbitration, they may, at any time before judgment is pronounced; apply to the court for an order of reference. This schedule, in a way, supplemented the provisions of the Arbitration Act of 1899. The general principle is unquestionable that the arbitration is governed by the law of the seat of arbitration.[8]

Though in the judgment given by the Supreme Court in case of Bharat Aluminium Corporation[10], the Court has reversed the ratio given in the case of Bhatia Case[11]; it was clearly stated in the former case that, ‘most importantly, these findings of the Supreme Court are applicable only to arbitration agreements executed after 6 September 2012. Thus all disputes pursuant to arbitration agreement entered into up to 6 September 2012 shall be decided by old precedents irrespective of fact that according to the Supreme Court such rulings were incorrect and have been reversed.’

It was also held in the same case that no interim injunction simplicitor would be maintainable in India on the basis of an International Commercial Arbitration with a seat outside India.

The provisions of part I of the Act, deals with all the arbitral proceedings including International Commercial Arbitration. The parties are bound by these provisions unless they  want to exclude the same. It would be necessary for them to expressly or impliedly mention such in the contract