This article is written by Pratham Chourasia.

How do you resolve your disputes that arise on a daily basis? Do you go to court ? Or you prefer to settle is outside by various means? As per the trend, most of you will prefer to settle disputes outside the court. But WHY? There are a number of reasons for it, like – you don’t want to get involved in a court case or simply you prefer to stay away from all the hassle. This is a general consensus and most people find in more convenient. We all find out various ways (arbitration or consensus ad idem) to resolve conflicts just to avoid legal proceedings.

But are you actually aware of what this way of dealing with disputes outside the court called? It is called ALTERNATIVE DISPUTE RESOLUTION (ADR).

In layman’s language – ADR refers to an informal way of dealing with disputes outside the domain of court by using various techniques. It is a more preferable and an easier way to deal with disputes.

How can we deal with disputes by means of ADR? One of the most important elements of this is Communication. It refers to way in which we express ourselves, our thoughts and emotions to the other party by way of speaking, writing, non-verbal techniques etc.

But why is communication necessary? It is necessary because unless and until we do not communicate to the other party, there will be higher chances of someone being sued.

What are the different ways of communication?

Are there ways other than communication to resolve conflicts through ADR? Yes, they are as follows:

Alternative Dispute Resolution plays a pivotal role in any country’s legal system by unburdening it to some extent, but this trend is changing. All thanks to the film & media industry to present it in a glamorous way which attracts and de – motivates people to resolve conflicts through ADR.

Communication is a tool by which we, as social creatures can express ourselves and establish relations with others, either formal or informal.

An effective communication is must for any sort of work, be it a contract or resolving an issue. It eases off, prevents and eliminates the barriers that hamper effective transfer of ideas, thoughts, emotions etc and acts as a mediator in resolving conflicts that occur at various steps.

“Discourage litigation. Persuade your neighbors to compromise whenever you can. Point out to them how the nominal winner is often the real loser — in fees, and expenses, and waste of time. As a peace-maker the lawyer has a superior opportunity of being a good man. There will still be business enough.” – Quoted by Abraham Lincoln, explains the concept of Alternative Dispute Resolution. This shows the relative importance of ADR in everyday life and why we should opt for it rather than following the regular process of litigation.

ADR is an acronym for Alternative Dispute Resolution, which refers to a variety of dispute resolution processes that act as an alternative to judicial trial. There are various forms of ADR but the most popular forms of ADR are Mediation & Arbitration.

Mediation: refers to facilitation of any agreement by a third party who should be neutral while decision making. It is cost-efficient and fastest method in ADR

Why is communication important in the process of Alternative Dispute Resolution?

So far we have discussed about the definition and components of Communication & ADR. But here we will talk about why communication is necessary for resolving disputes through ADR. Communication is the key factor in ADR, without it, disputes & conflicts cannot be solved. Every method of ADR requires one or other form of communication, be it mediation/arbitration or any other form.

These techniques of communication are very essential in ADR. A slightest misunderstanding and everything can go wrong. Communication is a medium of exchange which uses both verbal & non-verbal sensory channel. We encode the information, transmit it and wait for others to decode it. There are 3 styles of communication:

Mediation and ADR have been present in our society. In olden days, there used to be wise person who acts as a mediator, arbitrator in case of disputes. This wise person is considered as a neutral mind that will decide on the matter from an unbiased point of view and decide on the matter that suits best for both the parties. All this is possible because of effective communication that seems as the best solution to the problem and to decide in such a manner that it will be a win-win situation for the parties.

From legal perspective, we communicate primarily for two reasons: – to flee or to fight. The style of communication can vary but the ultimate aim always circles around these two. In Alternative Dispute Resolution, communication is the most important medium of exchange. Direct, open, simple & honest method of communication helps in clear understanding of the situation and prevents misinterpretation of the message. Also clear, effective & efficient communication helps the party to win trust of others and to convey their stand on a particular matter. This establishes a long term relation which is beneficial in many ways.

Also communication process should be open for criticisms & scope of improvement with better understanding because criticisms and conflicts are constructive in nature and helps in overall development.

The main motive of ADR is to settle dispute outside court by employing various means/methods. We can conclude that effective communication is a vital, necessary & the most important tool in Alternative Dispute Resolution (ADR). 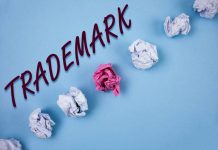 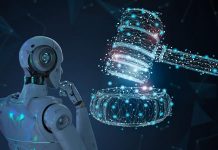 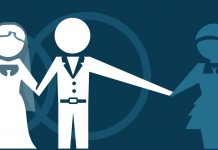