This article is written by Suresh Palaniappan, pursuing a Certificate Course in Advanced Criminal Litigation & Trial Advocacy from LawSikho.com.

Term Investigation means is “in the sense of ascertainment of facts, sighting of materials and search for relevant data”.

According to Oxford Dictionary, Investigation means “An official examination of facts about a situation, crime etc. A scientific or academic examination of the fats of the subject or problem.

The term “Investigation” has been defined in section 2(h) of the criminal procedure code as “collection of evidence conducted by the Police Officer or by any person other than a Magistrate who is authorized by a Magistrate in this behalf”.

Who can Conduct Investigation?

The Investigation can be conducted either by a police officer or another authorized person other than a Magistrate. No oath should be administered to the persons examined or interrogated during Investigation.

Investigation normally consist of the following:

The Investigation includes all the proceedings under CrPC code for the collection of evidence conducted by the Police Officer or any persons authorized by a Magistrate. This is not exhaustive but inclusive in nature and content. By Investigation, it means, criminal investigation, a statutory process through which the proof of an offence is established in a criminal court. It is the Police Officer who has the prerogative right to investigate a crime which is cognizable in nature. It is a sacred duty of the police to investigate.

The investigation which is an extensive process of collection of evidence of a crime, generally begins with the recording of the First Information Report which in fact sets not only the criminal law but also investigation in motion. Investigation has to be done not only swiftly, chronologically but also impartially and in a manner dispelling any kind of suspicion either with regard to the result of investigation but also in respect of the identity or prima facie guilt of the accused. Therefore, it must be done with due care and caution and proceeded with not only methodically but also scientifically in consonance and conformity with forensic sciences. Hence, the Police Officer should possess thorough knowledge of the science of investigation.

The investigator should collect all the relevant objects such as blood-stained samples, finger prints, clothes, weapon of the offence from the scene of offence and send them to the court concerned under form no.91 of the police standing orders without much delay. The alacrity and agility of the investigators are necessary for these arduous tasks of investigation.

In the case relating to the investigation of burglaries and house breaking, the investigator should refer to the General Diary Register and look for the habitual offenders of the locality. Foot and fingerprints are to be collected and preserved. The modus operandi i.e. the mode of operation should be carefully noted as the burglars of a particular type adopt the one and similar method of breaking open the lock and doors and commit similar types of offences at a particular time. Dogs from the Police Dog Squad can be used in appropriate cases. The police should take appropriate steps to expedite the case to apprehend and arrest the accused. This helps in the recovery of the stolen goods and articles at the earliest.

In the case of prohibition offences, the foremost thing is to arrest the accused, recover the contraband, vessels used in illicit distilling operations, fermented waste, and send the accused for medical examination to establish that he had consumed prohibited alcohol and that he was in a state of drunkenness, and obtain medical certificate and file charge sheet at the earliest time possible.

All the steps of investigation must be reduced into writing in the case diary then and there, without giving any kind of suspicion regarding manipulation or interpolation. It should be chronologically entered because the court has the right to look into it to find out the truth or falsity of any claim made by the accused with regard to his arrest, recovery of material objects etc.

Each and every step of investigation should be true and genuine. It should also appear to be above normal criticism that may be levelled by the defense. There should not be any loose ends left untied in the investigation. A fair, true and impartial investigation will certainly bring the desired result for the success of the prosecution.

When can investigation be refused

The Magistrate can order further investigation under section 173(8) of CrPC. It is now a well settled principle of law that when a final form is filed by any investigating officer in exercise of his power in section 173(2) of CrPC, the first informant has to be given notice. He may file a protest petition which in a given case may be treated to be a complaint petition. On the basis thereof, after fulfilling the statutory requirements, cognizance may be taken by the learned Magistrate on the basis of the material placed on record by the investigating agency. It is also possible for a learned Magistrate to direct further investigation. The investigating officer upon further investigation would file an FIR in respect of a cognizable offence and would file a police report [Kishan Lal Vs Dhrmendra Bafna, AIR 2009 7 SCC 685].

Carrying out a further investigation even after filing of the charge sheet is a statutory right of the Police.

The success of an investigation would be on uncovering the chain of events with proper evidence without any missing links, leading to a successful prosecution of the perpetrator.

The subject of the investigation should be to identify and dissect the issue in-hand, while producing the findings in the court of law. 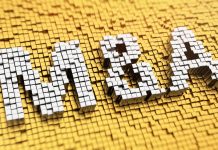