This article is written by Gaurav, pursuing a Certificate Course in Competition Law, Practice And Enforcement from lawsikho.com.

Background of Hub and Spoke cartel in India

The Competition Act prohibits anti-competitive agreements of two types: between competitors, and between enterprises situated at different levels of production chain. The Hub and Spoke arrangement is a hybrid of both, and hence can fall in both or none. Horizontal agreements between competitors engaged in identical or similar business can also lead to cartel formation, which is prohibited under Section 3. A Hub and Spoke cartel, on the other hand, is formed when a facilitator, mostly a vertical component in the production chain, creates an arrangement with each of the horizontal competitors. This leads to indirect coordination between competitors, which thus makes it difficult to be identified and proven.

Introduction to a Hub and Spoke cartel

The Hub and Spoke cartel arrangement is gaining prominence in markets. It functions in the disguise of legal arrangement. It consists of three main components:

A hub is the facilitator of indirect coordination between competitors. Each of the competitors has a vertical arrangement with the hub. Therefore, suppliers or retailers usually act as the hub.

The spokes are the individual competitors engaged in identical or similar business. The number of spokes in the arrangement makes it impossible for the horizontal players to have coordination with each of the players in the market. Therefore, there is no direct communication between spokes in the cartel.

Objective and functioning of the arrangement

Essentially, the Hub and Spoke cartel is created to deliver super-normal profits to the members, viz. hub and spokes. It kills the competition on the level of the market whose players are the spokes. In order to solve the problem, we have to understand the conditions in which such arrangements thrive.

At its core, the objective of the arrangement is to get profits without difficulties. Therefore, a market where there is intense competition between market players, and there exists a supplier/retailer market power, then the conditions are conducive to form a Hub and Spoke cartel. If there is no market power in the suppliers side or the distributors side, then formation of a Hub and Spoke cartel is less likely, because in addition to providing super-normal profits, the arrangement must also make other options less profitable. Elimination of other possibilities will further strengthen the possibility to create the cartel.

Primarily, the cartel functions with exchange of vital and confidential information of the competitors through the hub. The competitors pass certain information like prices, sales, customers, margins, etc. to the hub during their market dealings. This information is passed on to the other competitors by the hub during their separate market dealings. The communication happening is between a hub and a spoke, i.e. between a supplier and a distributor, which is completely legal. The hub, then, convinces the competitors to enter into the cartel by taking assurance from other competitors and ensuring cooperation by every competitor in that arrangement. Thus, the competitors agree to enter the Hub and Spoke cartel. The incentive to the hub is the increase in margin post formation of a cartel. The incentive to the spokes is the decrease in competition and increase in margins. Therefore, everyone profits from this arrangement, while efficiency, innovation and competition suffers.

There can be two types of assessment of the Hub and Spoke arrangement: economic assessment and the legal assessment.

Legal assessment will consider the following factors, based on the provisions under Section 3 of the Competition Act:

Presence of a conducive market structure is necessary to infer the likelihood of presence of a Hub and Spoke cartel. The Hon’ble Supreme Court had held in Rajasthan Cylinders and Containers Ltd. vs Union of India, that parallel pricing alone will not indicate collusion, if the market structure does not support a collusion. Therefore, market structure is essential for the inference of the presence of the cartel. Based upon the market players, a market can be said to be either concentrated or fragmented. If a large part of the market share is handled by a few players, then it is a concentrated market. If the market share is smaller and similarly divided amongst many players, then it is a fragmented market.

Therefore, based upon the above observations, the following basic scenarios can be ascertained:

Further analysis of the existence of a Hub and Spoke cartel can be made through legal assessment.

In course of performing the agreement, a uniform and concerted change is observed in the market, e.g. price rise, decrease in supply etc. This is the last part of the puzzle of the existence of a Hub and Spoke cartel.

In case no. 37/2018, Samir Agrawal vs. ANI Technologies Pvt. Ltd. (Ola), Uber India Systems Pvt. Ltd. (Uber) and others the CCI came across an information where the informant alleged the formation of a Hub and Spoke cartel between the opposite party (hub) and the cab/auto drivers (spokes). The OPs operate as platforms through a mobile application which allows commuters and drivers (two sides of the platform) to interact. The fare is calculated by the algorithm based on many factors, including the expected time and distance. The Informant submitted that due to algorithm pricing, riders are not able to negotiate fares with individual drivers for rides matched through the app nor drivers are able to offer any discounts. Therefore, the Informant alleged the following:

The CCI rejected the allegation of the Informant that there was a Hub and Spoke cartel between OP and drivers. The CCI observed, “The pricing did not appear to be similar to the ‘Hub and Spoke’ arrangement as understood in the traditional competition parlance. Generally, spokes use a hub for exchange of sensitive information, including information on prices which can facilitate price fixing. For a cartel to operate as a hub and spoke, there needs to be a conspiracy to fix prices, which requires the existence of collusion in the first place. In the present case, the drivers may have acceded to the algorithmically determined prices by the platform, this cannot be said to amount to collusion between the drivers. A hub and spoke cartel would require an agreement between all drivers to set prices through the platform, or an agreement for the platform to coordinate prices between them.”

Here it is submitted that the CCI came to a correct conclusion that collusion between the drivers was absent. The drivers did not ensure whether other drivers agreed to the arrangement, before entering the agreement with the OPs. Furthermore, the drivers did not earn super-normal profits nor they suffered losses through this arrangement, i.e. no expense no gain expected in a Hub and Spoke cartel. The prices of the ride had to be minimized by the OPs due to intense competition between them. Hence, certain vital features of a Hub and Spoke cartel were missing in this case.

In another case between Builders Associations v. Cement manufacturers Association and Ors. (case no. 29/2010), wherein the trade association facilitated the cement companies to meet, exchange business information, including prices of other companies, divide their market zones and collusively fix prices. The CCI observed that the cement companies coordinated indirectly through the trade association, and held their practices as anti-competitive.

The legal regime in the US can be observed through some Hub and Spoke cartel cases:

“acceptance by competitors [i.e. the upstream distributors], without previous agreement, of an invitation to participate in a plan the necessary consequence of which, if carried out, is restraint of interstate commerce is sufficient to establish an unlawful conspiracy under the Sherman Act.”

In 2017, the Estonian competition agency had obtained a binding court decision that imposed fines on a hub and spoke cartel of the four major retailers in the country, which accounted for two thirds of the market. One major supplier was the hub through whom the retailers agreed to increase the retail price of the lower priced vodkas to or above a specified minimum price. The hub facilitated all communication between the retailers. According to the findings of the Estonian competition agency, the prices rose by 15.7% and therefore, spillover effects to lower priced vodkas of other suppliers were observed.

In one of the emails of a retailer: “the parties involved had an opportunity to earn more money by just replacing a number of price tags, which in effect amounts to all of the “expense” of the participation in a cartel.”

In the current market scenario, with the advent of e-commerce enterprises, newer concepts of price algorithms, price sharing platforms, across platform parity agreements, most favored nation clauses, etc. are coming forward which can perpetrate Hub and Spoke cartels and thus, all raise anti-competitive concerns. APPAs and MFNs have been held as anti-competitive by US and European jurisdictions. Price algorithms have been held as horizontal price fixing arrangements by Luxembourg’s competition authority. In India, as cases will come before the CCI, the jurisprudence will develop in this area. As developments in the market occurs, the law makers must make appropriate amendments to make the laws abreast with the market conditions.

Thus, much development is required in the Indian competition legal regime to tackle menaces like Hub and Spoke cartels efficiently, and it is important to learn from the cases and experiences of the foreign antitrust jurisdictions to develop our own regime. 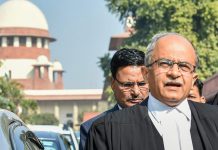 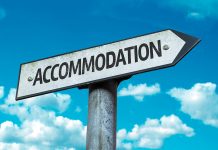 How is sexual harassment dealt under the constitution of India