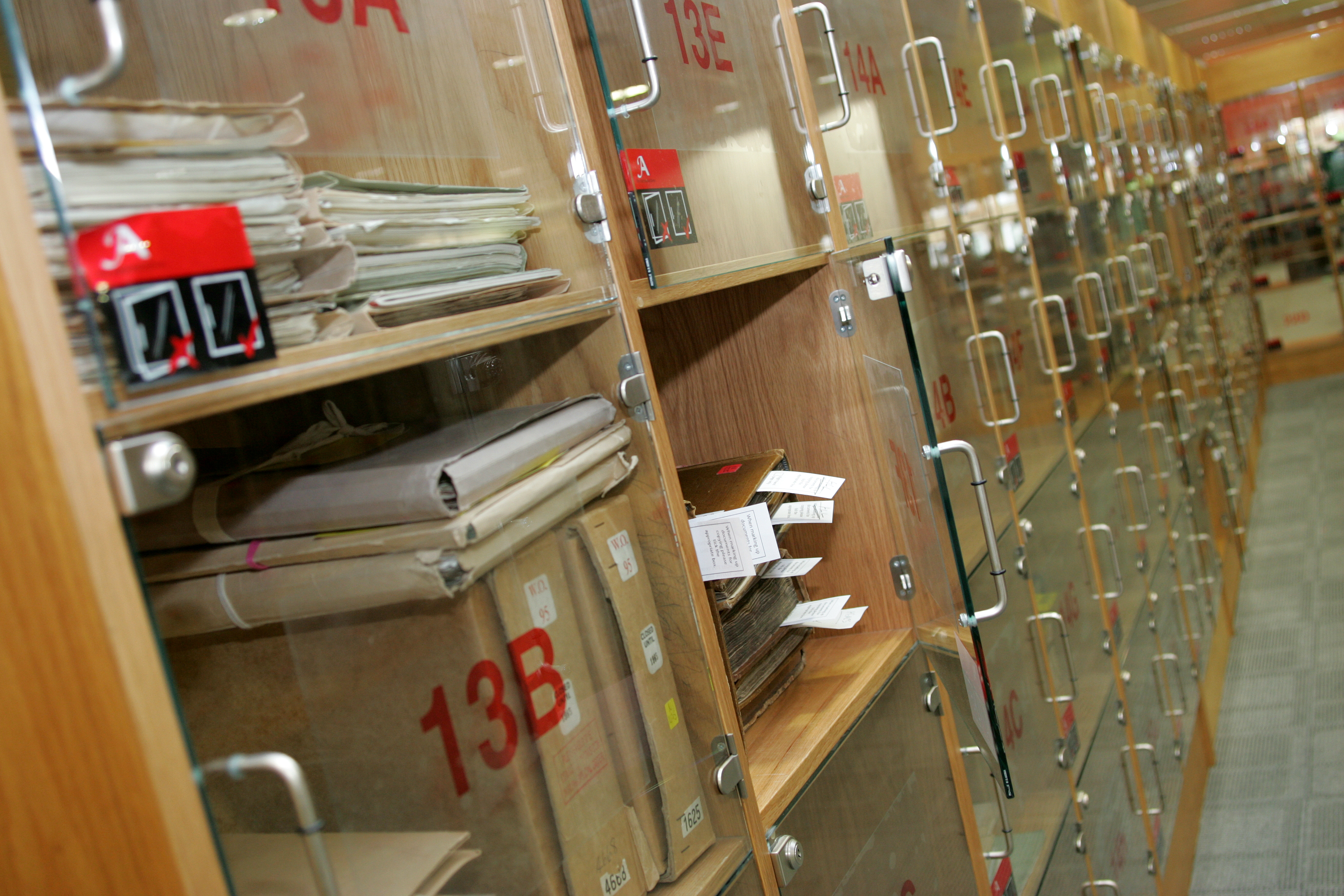 This article is written by Yavanika Shah, a student of RGNUL, Patiala.

‘The mistake is thinking that there can be an antidote to the uncertainty.’[1] In a corporate world, where a shed load of transactions take place at a light blazing speed, the degree of uncertainty achieves its highest form. This is so as no one knows how the government’s policy towards the company might affect it, or what would happen by a key personnel’s resignation from the company, or if the company loses its top notch investor. Anything is possible at anytime. For these above mentioned reasons, every company should conduct a legal due diligence and be prepared for the unpleasant surprises (if any) before entering into any merger & acquisition deal.

What exactly does this term mean?

For a layman, the term ‘Due diligence’ means the reasonable verifications and precautions taken to identify or prevent foreseeable risks.[2] It is the process in which an action is arrived at before consummating it. Legally speaking, due diligence is “ a measure of prudence, activity, or assiduity, as is properly to be expected from, and ordinarily exercised by, a reasonable and prudent person under the particular circumstances; not measured by any absolute standard but depends on the relative facts of the special case.” In the words of Crilly’s Due Diligence Handbook it is a process whereby an individual, or an organization, seeks sufficient information about a business entity to reach an informed judgment as to its value for a specific purpose.[3]

It is that part of the acquisition wherein the buyer company needs and demands to know whether they will be able to get the returns for as much investment they’re making to buy the company. For this, the company would carry on a detailed and an in-depth investigation of the obligations of the company including its debts, leases, pending and potential lawsuits, distribution agreements, compensation agreements and the likes.

“To require the steps taken by the company to absolutely prevent these occurrences under any circumstances whatsoever would go beyond due diligence, and would make the company a virtual insurer against any error. I do not think that was the intention of the legislation; the words all due diligence import an area of precaution sufficient to

prevent the foreseeable, but not the unforeseen, the unexpected, the unknown, or the unintended.”

Why Legal Due Diligence?

In today’s globalised world, legal due diligence is not just a task to be undertaken during M&A, but also stands as a necessity as M&A deals have the power not only to transfer the asset value but also the liabilities associated with that asset. This further means that the value of the company that is being brought cannot be understood without keeping in mind all the relevant legal issues under consideration which makes the process of legal due diligence all the more necessary. It is therefore considered to be a critical component of all the transactions in this 20th century.

The main agenda for which undertaking due diligence is necessary is to minimize the risks, allocating the risks in another direction so that the risks gets nullified and thereby maximizing the shareholder value. By carrying out a proper due diligence, the risk factor related to the key issues that would be discovered later is reduced as a thorough scrutiny of the business is already conducted which gives a better idea for ascertaining the fair purchase price as well as helps to know the ups and downs of the subject therefore saving the money as well as the time that is involved in the whole deal process.

In a legal due diligence, the buyer company mainly focuses on two key subjects. The first is to determine the current status of the company. Determining the current position holding of the company to be brought up is the most intrinsic part of the legal due diligence as it sets a base for knowing the future of the company to a large extent. It very comprehensively helps in understanding that what exactly the buyers are buying as well as to lay out a plan for future projects related to it.

Secondly, a good legal due diligence should be able to tell about the consequences of the business as well as the ways to make the consequences favorable for the buyer company. The advisor will carry out a cost-benefit analysis to understand the impediments on the acquirer and the pros and cons of the transaction.

According to Justin Levy, Partner at Winston & Strawn, the buyer should always hire the specialized services of a legal advisor or a consultant as this process is in itself complicated wherein both business and the industry issues need to be understood and one would be certain that the right questions are being put up and the probable risks are uncovered. Hence, the first step in this process should be to hire the professional legal services which would plan and strategize the whole process of the investigation.

For a successful legal due diligence process, both the buyer as well as the seller needs to cooperate together in helping each other to understand the broader picture first. Before the parties enter into legal agreements, the buyer party needs to go through the company’s accounts and data. If the company under consideration is a public one, the buyer can easily go through the governmental reports of the company whereas in case of a private company the buyer must ask the seller to show him with the summaries including the audits, balance sheets, websites et al. Particular attention on the legal due diligence should be paid if the company under consideration is a small one as they are not professionalized from a legal perspective. This is so as they do not have the infrastructure and the resources as much as the larger companies have. Another point to be considered is in respect to the deals with the regulated industries. One must have to be really cautious as they have stringent rules and it is very important to understand these industries and advise the client appropriately in helping him the mitigate the high risk factor.

Once all the legal documents which would include the incorporation document, shareholders warrants, any outstanding warrants, licenses & permits, the process should move on to the further task of inspecting all the litigations concerned with the subject company. It is a major task as it establishes a firm overview of the outstanding risks that the buyer company would have to deal with as well as forms a ground for a better understanding of the market.

The assets and the liabilities of the business should also be known. The target companies assets like cash, securities, inventory, intellectual property (copyrights, trademarks, patents, domain names, and other proprietary rights) as well as the liabilities like bank debt, licensing violations, bonuses earned and yet not paid should be paid a thorough investigation in the process. The list of all the employees as well as their current salaries should be keenly scrutinized in order to know the way the company pays its people.

After this, the major problem of locating and managing the hidden assets and liabilities has to be tackled as there are certain assets and liabilities in every company which do not appear anywhere in the balance sheets such as the unregistered lands, assets held by a nominee, unregistered intellectual property, contractual rights and obligations. For reviewing this, the historic financial records, internal announcements and the likes need to be investigated. The customers’ complaints on the internet should also be searched for as it would lead to know the good and the bad of the company in a better way. The public registers should also be searched for in the process not only with the current company name but also with its former name.

If possible, the current personnel of the company should be interviewed to know the company better.

After the company has cleared stage II of the legal due diligence process, the buyer with the help of their advisors need to analyze all the findings in a proper systematic way. It is always advisable to chase the ‘red flags’ or any questionable or a suspicious document found in the process of investigation to its root. Preferably a due diligence questionnaire must be prepared highlighting all the key areas that are needed to be examined. In this way, the main areas which are to be examined can be highlighted giving a better picture. The purpose of filling the questionnaire is to help the researcher make sure that he has considered all the major areas of the legal due diligence.

Lastly, the legal due diligence findings need to be presented to the buyer by the counsel/advisor that carries out the investigation. As the buyer would be unknown to the legal terminology, the report should be presented in the easiest and the most user-friendly way. For small deals, the presentation should preferably be presented in the verbal form while for the big deals involving more financial resources, the legal due diligence findings should be presented in a memorandum format listing all the documents investigated, key issues discovered and the solutions thus suggested for resolving the issues. The buyer should explicitly convey to its advisor about his priorities and expectations from the deal in order to get a more streamlined report highlighting his main concerns and keeping them at a priority.

Legal due diligence, although a very complicated and tiresome process but once the buyer undertakes it and get the results, he can be sure whether his investment in the company would be a good decision or not. To top it all, the buyer gets a clear picture as to how he would need to run the company as he knows all the grey areas related to the company as well as the working in the market. Not only this, the memorandum which the buyer’s counsel prepares during his process of investigation also helps in drafting the merger and acquisition agreement and the related ancillary agreements. The information thus derived will be useful in allocating the risk while drafting the company’s warranties, its pre-closing promises and the post closing indemnification rights of the buyer. Thanks to his worthy investigator and legal advisor.

So, the next time one enters into any business transaction of M&A, one would know what he needs to do and go with his legal due diligence process which would give him a clear picture about his future with the subject company.

In the end, in the words of Jeffrey Weiner, eternal vigilance is more likely to be the price of successful deal making, and performing adequate, if not excellent, due diligence—the path to salvation.[4]