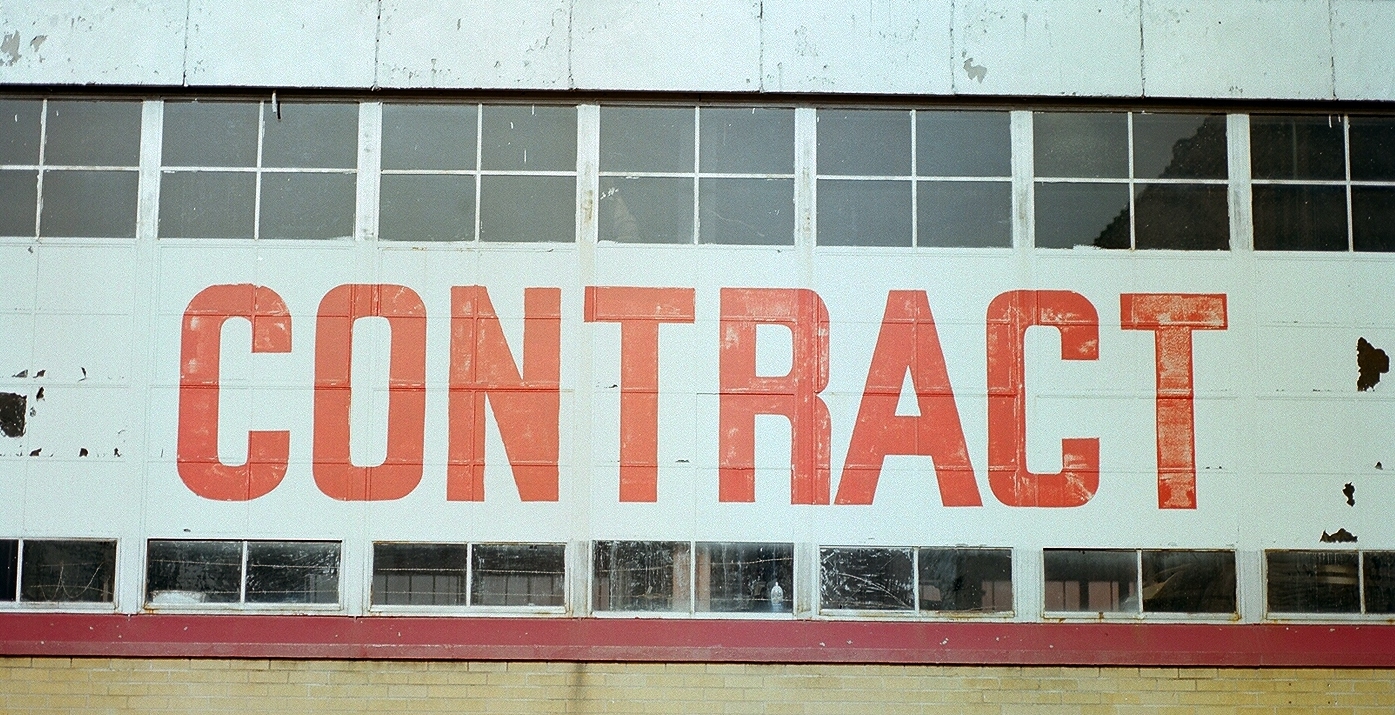 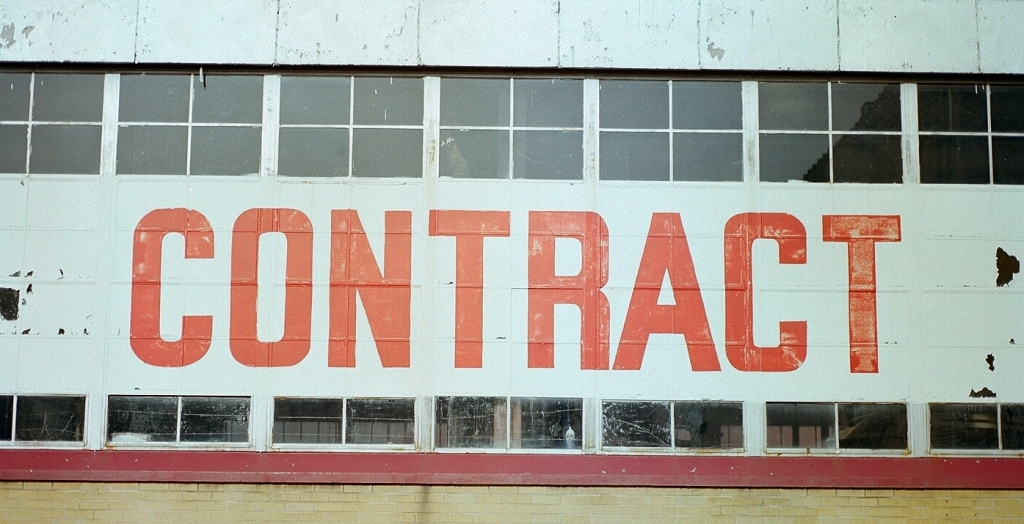 This article is written by Mayank Labh, a student of NALSAR,  Hyderabad.

Many people from India enter into a Contract without even realising that they are entering into a Contract. Look at virtually any of the activities which they do and you would find some sort of Contract involved in that. Purchasing of goods from a retail store, using a car park, employment agreement, bank accounts are just the few examples of the Contract. However, not many Indians understand what it takes to make a contract valid.  Do not blame them; blame the law-makers who had the faculty for defining the simplest in terms of legal gibberish, so that poor Indians can’t understand it! But, do not worry. Here is an attempt to make it as simple as possible but not simpler.[1]

1.1 Agreement between the Parties

An essential element of the contract is that they should agree on the issues involved in the contract.[3] This is, if you like, perhaps stating the obvious, but that is the way it is. There should be a meeting of mind and the agreement must be on the same thing in the same sense. It is necessary to understand the thin line between the full agreement and the preliminary discussion about the possibility of making an agreement.

The most basic rule of contract is that one party must give an offer and the other party accept the offer. An offer should be intended to give rise to legal consequences and in case of no such intention there is no valid contract. Same goes with acceptance as well.[4] Its term must be certain and not vague. It cannot be a mere quotation or an invitation to offer. Every offer must be communicated to the other party enabling him to accept it or not.[5]  The example of the offer would be like you ask somebody to sell you his only car in return of 3 Lacks rupees from you. It is necessary to understand when and what is an offer. So, for example, If A asked  “ Will you sell me the car? SMS lowest price. And B replied “lowest price for the car is 2 lacks.” What A asked was only a question. B’s reply was a statement of the lowest price and cannot be an offer.[6]

There is no contract until and unless the offer is accepted by the person to whom the offer is made. Acceptance is the “magic moment” when contract comes into being.[7] Acceptance must be absolute and unqualified. When we say that we mean that it must be the mirror image of the offer and any departure from it would make the acceptance ineffective.

Sorry, this is what we law students are taught for calling a “thing of value” for exchange. It may be something that is or isn’t done in exchange of a promise. When a person decides to do (selling the car) or not to do something (not selling the car for a period of 30 days) he must gain something or be promised to gain something. Under section 2(d) of the Contract Act, any kind of act or abstinence which is done or undertaken to be done at the desire of the offeror is a sufficient consideration. Under Section 25 of Indian Contract Act, agreement without consideration is void (Whoa, void contracts are such contract which does not have any legal effect). Moreover, Consideration must be of some value in the eyes of law.[8] So, you can’t give your Rolls-Royce(assuming if you have!) to someone if he fetches it for you from the garage. In a case Dunton v. Dunton[9] a judge said that “a contract founded upon such illusory considerations appears to be invalid as a promise by a father made in consideration that his son would not bore him.”

iii) If it is fraudulent: Fraudulent activities are such activities where the ultimate objective is to cheat the other party by concealing some material facts or so. For example giving the exam of CLAT in 2014 by concealing that your age is above 20.

1.3 Getting Serious about keeping Children and Lunatics protected, BAR THEM ALL!

So, under the Section 11 of Indian Contract Act the following persons are incompetent to contract:

1) minors 2) persons of unsound mind and 3) persons disqualified by law to which they are subject.

They are not allowed to contract because it is presumed by the law that they do not have the required knowledge and maturity to enter into such serious business like Contract.

Minors are the people who are below the age of 18. In Mohori Bibi v. Dhurmo Das case,[14] it was held that a contract with a minor is absolutely void. But in modern world, it does not seem to be possible, much less desirable, for law to make such a categorical declaration that a minor’s agreement is absolutely void. Minors are appearing in public life today more frequently than ever before. They have to do a lot of necessary work ranging from purchasing things necessary for the sustenance of life and taking admission in educational institutions. In such cases if the other party brush aside the minor on the ground that the engagement is void, the legal protection for minor against contractual liability would be too dear to minors.[15] So, in Srikakulam Subrahmanyam v. Kurra Subba Rao[16] it was held that guardian had the capacity to contract on the behalf of the minor.

1.3.3 Persons who are disqualified by law to which they are subject

Unlike the minors and lunatics, they are barred to protect the society from them because of their unreliability in keeping up with the promises they make. So, in a case it was held that agreement with housing society agreed to sell land before it became a person by registration is not enforceable. (For the information of reader under the Indian Law, a society can become a legal person.)

1.4 The Calculus of Free Consent

According to Section 10 free consent is one of the essential elements of valid contract. Free consent is defined in Section 14 of Indian Contract Act[19] which say that “consent is said to be free when it is not caused by:

A contract cannot be enforced against a person who was coerced into entering the contract. Consent is said to be caused by coercion when it is obtained by pressure exerted by either of the following techniques:

It must prejudice the person to whom the coercion is applied to enter into the contract. For example, consent obtained at the point of Magnum Sniper Rifle is said to be because of coercion.[21]These contracts are voidable at the option of other party who was coerced into entering the contract.

A contract is said to be induced by “undue influence” where the relations are such that one of the parties is in a dominating position over another and such position is exploited by the dominating party to force the other party to enter into the contract. It should be such that the dominating party is able to dominate the will of other. For example, in a Allahabad High Court case[22] a spiritual Guru asked his devotee to gift him his entire property and in return he would secure him a place in heaven. It was held that it was undue influence for any reasonable man cannot give away his entire property for the sake of that. It is important to know when we can say that one party is able to dominate the will of the other. The answer is in any case where there is some active trust and confidence(Fiduciary Relationship) between the parties or the parties are not on the same level.[23]  Examples of fiduciary relationship could be of a lawyer and client[24], doctor and patient[25], parent and child[26]etc. Secondly, in one of the cases[27] where the parties were not on the same footing was held to be voidable at the option of other party who was getting dominated.

Fraud was defined in Derry v. Peek. It is proved when it is shown that a false representation has been made-

iii) recklessly careless whether it is true or false.

One of the examples of fraud is that when a husband persuaded his illiterate wife to sign certain documents telling her that he was going to mortgage her two lands to secure his indebtedness and in fact mortgaged four lands belonging to her. It was done with an intention to deceive her. It was held that there was fraud.[28]

It goes without saying that an agreement based on misrepresentation is unenforceable. It is any statement or expression which is simply not true with the facts of the situation. It does not have to be intentionally misleading or false. Misrepresentation is when a person positively asserts that this fact is true when it is not necessary to be true on the basis of the facts which the assertor has.[29] For example, in a case the defendant stated that the ship was certainly not more than 2800 tonnage register even though the ship was wholly unknown to him. It was held that there was misrepresentation on the part of defendant.[30]

Thirdly, if one of the parties, even if innocently, to make a mistake as to the nature or quality of the subject-matter, there is misrepresentation.[32] For example, the government auctioned certain forests having the knowledge that a part of the land was occupied by tenants to a purchaser. There was misrepresentation.

Where both the parties to an agreement are under a mistake as to a matter of fact essential to the agreement, the agreement is void. For example, Mayank asks Sancheti to deliver  the sweat-shirt to Mr.Garg who is studying in Ist yeat at NALSAR University in return of getting 5000 Rs. It turns out that there are two Gargs studying in NALSAR University; Lovish Garg and Kushal Garg. Mayank wanted the sweat-shirt to be delivered to Lovish but instead it was delivered to Kushal Garg. The contract was held to be void.

The important point that is important is that mistake should be on the facts which are essential to agreement. They are:

iii) the nature and content of promise itself: When the parties fails to identify the true nature of the document and thereby enters into an agreement under an impression that the document is the one which they believe to be, such agreement is void under Section 20 of Indian Contract Act. For example, when one of the parties executed a deed under the mistaken impression that it is of a different character, then such deed was held to be wholly inoperative.[35]

So, that’s it. Happy Contracting!!!