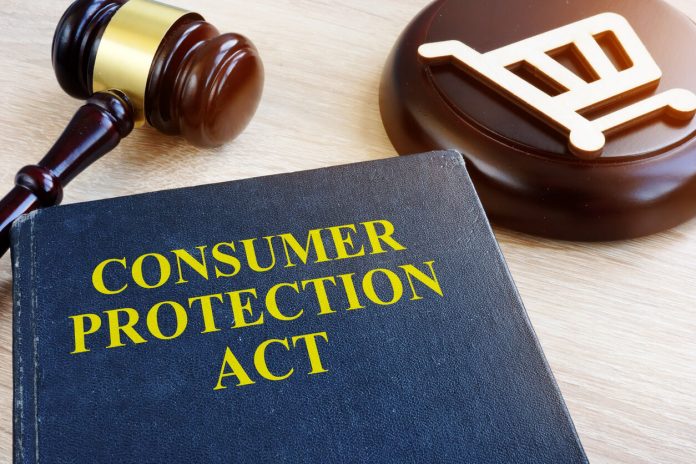 This article is written by Abanti Bose, studying at Amity University Kolkata, India. The article discusses in detail the objectives, essential provisions, changes incorporated and landmark case laws under the Consumer Protection Act, 2019.

Consumer protection is the practice of safeguarding buyers of goods and services against unfair practices in the market. It refers to the steps adopted for the protection of consumers from corrupt and unscrupulous malpractices by the sellers, manufacturers, service providers, etc. and to provide remedies in case their rights as a consumer have been violated.

Meaning of the word ‘consumer’

A consumer is an individual or group of individuals who purchase goods and services for their own personal use and not for the purpose of manufacturing or resale. Section 2(7) of the Consumer Protection Act, 2019 defines a consumer as any person who buys goods or services in exchange for consideration and utilises such goods and services for personal use and for the purpose of resale or commercial use. In the explanation of the definition of consumer, it has been distinctly stated that the term ‘buys any goods’ and ‘hires or avails any services’ also includes all online transactions conducted through electronic means or direct selling or teleshopping or multi-level marketing.

Need for the Consumer Protection Act, 2019

The Consumer Protection Act, 2019 was enacted by the Indian legislature to deal with matters relating to violation of consumer’s rights, unfair trade practices, misleading advertisements, and all those circumstances which are prejudicial to the consumer’s rights. The intention of the Parliament behind enacting the Act was to include provisions for e-consumers due to the development of technology, buying and selling of goods and services online have considerably increased during the last few years.

The Act seeks to provide better protection of the rights and interests of the consumers by establishing Consumer Protection Councils to settle disputes in case any dispute arises and to provide adequate compensation to the consumers in case their rights have been infringed. It further provides speedy and effective disposal of consumer complaints through alternate dispute resolution mechanisms. The Act also promotes consumer education in order to educate the consumer about their rights, responsibilities and also redressing their grievances.

Objective of the Consumer Protection Act, 2019

The main objective of the Act is to protect the interests of the consumers and to establish a stable and strong mechanism for the settlement of consumer disputes. The Act aims to:

What are consumer rights under Consumer Protection Act, 2019

There exist six rights of a consumer under the Consumer Protection Act, 2019. The rights of the consumers are mentioned under Section 2(9) of the Act, which are as follows:

What are unfair trade practices under Consumer Protection Act, 2019

Section 2(47) of the Consumer Protection Act, 2019 defines the term ‘unfair trade practices’ which include:

The changes that were incorporated with the enactment of the Consumer Protection Act, 2019 are:

Therefore, with the changes in the digital era, the Indian Parliament enacted and brought the Consumer Protection Act, 2019 in force to include the provisions for e-commerce as digitalization has facilitated convenient payment mechanisms, variety of choices, improved services, etc.

The essential provisions of the Consumer Protection Act, 2019 are:

The Act establishes consumer protection councils to protect the rights of the consumers at both the national and state levels.

The Central Council may meet as and when necessary, however, they must hold at least one meeting every year. The purpose of the Central Council is to protect and promote the interests of the consumers under the Act.

The State Councils must hold at least two meetings every year.

The Central Government shall establish a Central Consumer Protection Authority which is known as the Central Authority under Section 10 of the Consumer Protection Act, 2019, to regulate matters relating to violation of the rights of consumers, unfair trade practices and false or misleading advertisements which are prejudicial to the interests of the public and consumers and to promote, protect and enforce the rights of consumers. The Central Government will appoint the Chief Commissioner and the other Commissioners of the Central Authority as required under the Act.

The Central Authority must have an ‘Investigative Wing’ under Section 15 of the Act to conduct an inquiry or investigation. The investigative wing must comprise of the Director-General and the required number of Additional Director-General, Director, Joint Director, Deputy Director and Assistant Director possessing the required experience and qualifications to carry out the functions under this Act.

Functions and duties of the Central Authority

The functions and responsibilities of the Central Authority are laid down in Section 18 of the Act which includes;

Section 34 of the Act authorises the District Commission to entertain complaints where the value of the goods or services paid as consideration does not exceed one crore rupees. The complaint relating to goods and services can be filed to the District Commission by the consumer, recognized consumer association, Central Government, Central Authority, State Government, etc.

Section 36 states that all the proceedings before the District Commission shall be conducted by the President and at least one member of the commission.

Chapter 5 Section 74 of the Consumer Protection Act, 2019 states that a Consumer Mediation Cell shall be established by the Central Government at the national level and every state government shall establish Consumer Mediation Cell exercising within the jurisdiction of that state. The mediator nominated to carry out the mediation shall conduct it within such time and in such manner as may be specified by regulations.

Section 75 of the Act talks about the empanelment of the mediators. It states the qualifications, terms and conditions of service, the procedure for appointing, and the fee payable to the empanelled mediators.

It is the duty of the mediator to disclose certain facts such as; any personal, financial or professional in the result of the consumer dispute, the circumstances giving rise to their independence or impartiality and any other necessary information for the protection of consumer rights.

Under Section 83 of the Act, a product liability action may be brought by a complainant against a product manufacturer, product service provider or product seller.

A product manufacturer will be held liable in a product liability action under the  following circumstances:

A product service provider will be held liable in a product liability action under the  following circumstances:

A product seller will be held liable in a product liability action under the  following circumstances:

There are certain exceptions to product liability action mentioned in Section 87 of the Act, such as;

The offences and penalties listed under this Act are mentioned as follows.

How do consumers benefit from Consumer Protection Act, 2019

The Consumer Protection Act, 2019 is a significant piece of legislation brought as it is beneficial for the consumers. The Act widens the scope of protection regarding the rights and interests of consumers.

In this case, both parties are manufacturers of nutritional drinks, however, Zydus advertised a television commercial trivialising the products of Horlicks Ltd. The commercial was being telecasted in various languages including English, Tamil and Bengali. Therefore, the Delhi High Court relied on various judgments on misleading advertisements, disparagement and law governing the publication of advertisements on television and held that the advertisement is disparaging as it does not provide any concrete proof regarding the quality of the product. Further, electronic media leaves an impression on the minds of the viewers thus, these types of advertisements would not only be detrimental to the consumers but also the complainant would suffer irreparable damage.

In this case, the complainant offered to purchase a flat from the respondent which the respondent agreed to deliver on 1.6.1999 through a letter. However, the flat was not constructed within the specified date and hence it was not delivered. For such deficiency in services, the complainant demanded the refund of the deposited amount with interest at the rate of 18% pa which was refused by the opposite party.

The National Commission observed that due to delays in construction and delivery of possession it is quite difficult for a consumer to purchase a flat at market price. The National Commission stated that it is the duty of the State Commission to direct the builders to deliver the possession of the flat as soon as it is completed and the complainant should be awarded suitable compensation for the delay in construction. The complainant just claimed the refund amount before the State Commission, but the case was pending before the commission for five years and during that time there was a tremendous rise in the market prices of the immovable property. The National Commission further stated that it was the duty of the State Commission to direct the respondents to deliver the possession of the flat or any other flat of equivalent size to the complainant with appropriate compensation, due to the delay in delivering the possession within the specified time. Or, adequate compensation ought to have been provided to the complainant so that they could purchase a new flat of the same size at the prevailing market rate in that same locality.

In this case, a consumer complaint was filed by Sapient Corporation Employees Provident Fund Trust against HDFC bank Ltd. The complainant claimed that OP-Bank has committed deficiency of services by debiting the account of the Complainant. The court in this case held that there was no deficiency of service on the part of OP-bank and the arguments contented by the complainant are baseless. A behaviour that conforms to the direction of regulatory authority cannot be said to be negligence or service deficiency.

The Consumer Protection Act, 2019 is a modified piece of legislation that offers the consumers a great variety of benefits and rights to protect them from unfair trade practices, false or misleading advertisements, etc. The Act enables the consumers to seek alternative dispute resolution mechanisms and mediation so that the parties can opt for speedy and effective settlement of consumer disputes. The scope of e-filing of complaints and e-consumers in the Act portrays forward-thinking in part of the legislature. Furthermore, the Act also introduced new terms such as product liability, unfair contracts, etc. thereby widening the scope of protection of consumer rights and enabling the consumers to file complaints when their rights have been violated under the Act.

Thus, the inclusion of the provisions in this fills up the lacunae in the Consumer Protection Act, 1986. The enactment of the Act was paramount and it changed the ambit of protecting the rights of consumers in the country.

How to file a consumer case in India