In this blog post, Soumya Deshawar, a student of the University of Petroleum and Energy Studies, Dehradun, analyzes on Idea-Expression Dichotomy in the Copyright Law. This article consists of the core explanation of what exactly is the dichotomy of Idea and Expression in the Copyright Law, the difference between the two, and elaborates on why both are essential for the protection of copyright. This article further talks about the doctrines of “Merger” and “Scènes à Faire”. The article has been concluded by key cases related to the given dichotomy for the better understanding of the readers. 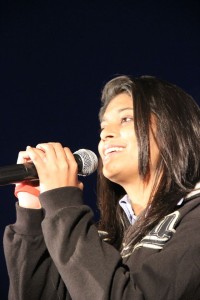 It is a traditional copyright doctrine that copyright protects only expressions and not the Ideas behind such expressions. This Idea/Expression Dichotomy is considered as the central axiom by the courts while determining what is protected in infringement cases.

The essence of copyright lies in this very distinction between expressions and unprotected ideas. Many people have raised their contentions to the idea/expression dichotomy, but none of them have tried understanding and identifying the root of this problem. An idea can in no way exist separate from an expression. Either there is a manifestation, or the idea cannot exist. The main reason behind this is that one can only differentiate the form when the idea has been substituted for some form of writing or other kinds of expression that is when the idea of the writer has been equated to such writing/ expression by him. Thus, drawing a difference between idea and expression cannot decide what is protectable under the Law of Copyrights. Rather, the distinction is to b made between the expressions that are protectable and those that are not, under the Copyrights Act, 1976.

The thesis of this blog is that the difference between expression and idea is misguided and irrelevant regarding deciding for infringement cases. 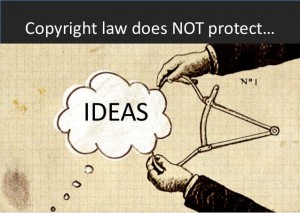 In simple terms, neither can “Expressionless Idea” exist, nor can “Idealess Expression”.

Section 102(b) of the Copyrights Act

In no case does copyright protection for an original work of authorship extend to any idea, procedure, process, system, method of operation, concept, principle, or discovery, regardless of the form in which it is described, explained, illustrated, or embodied in such work.[1]

This section can be described as

Copyright does not prevent others from using the ideas or information shown by the author’s work. It relates to the literary, musical, graphic, or artistic form in which the author articulated intellectual concepts. Section 102(b) makes it clear that the protection of copyright does not cover any idea, technique, procedure, system, manner of operation, idea, norm, or discovery, irrespective of the form in which it is defined, elucidated, demonstrated, or embodied in such work.

Some concern has been expressed in the case of copyright in computer programs that should extend protection to the method or procedures implemented by the programmer, rather than merely to expressing his ideas via “writing”. Section 102(b) is intended, amid other things, to make clear that the expression implemented by the programmer is the copyrightable component in a computer program, and that the real processes or methods embodied in the program are not within the range of the copyright law.Section 102(b) in no way expands or contracts the range of copyright protection under the existent law. Its purpose is to restate, in the perspective of the new single Federal system of copyright, that the basic dichotomy concerning expression and idea remains unbothered.

The District Court of the Southern District of New York recently gave the summary for the justification of the idea/expression dichotomy:

The idea/expression dichotomy, although an inexact tool, has not been abandoned because any better way for the settlement of the two conflicting interests of the society which make available the basis to grant and limitations on the protection of copyright, both fulfilling individual creativity and nevertheless allowing the growth and developments grounded on the same subject matter by any person, other than the actual author, has not yet been discovered.

The dichotomy of idea/expression is now customarily applied to all areas that need protection, including many recent developments like the computer programs. 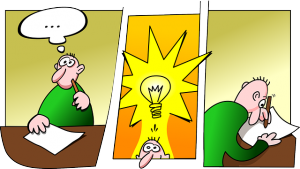 Ideas are discussed as human mental conceptions or representations. They are not eternal Platonic forms that exist apart from such human conceptions and are waiting to be thought. Thinking is generally viewed as concept manipulation and thus, necessarily involves expressions. Thus, a contrast between ideas ad expressions has never been an issue.

The form/ expression does not add something to an idea that is already existing, independently of all the expressions. Also, the idea of writing cannot exist apart from some form/ expression. Thus, ideas are incepted to be expressions themselves, even in their simplest form, they will always be in some of expression. Thus the fact that “ideas are human conceptions” concludes that the ideas can’t exist apart from the only way of conceptualizing that is “Expression”.

Ideas or potentially protectable expressions can be disembodied, but there can’t be expressionless ideas.

The main difficulty with this dichotomy is that the courts and commentators never define clearly what they mean by “ideas” and “expressions” while relating to them. By only committing to the idea/expression dichotomy, one would just hypothesize the concept.

Some of the courts recognize that some of the ideas can be expressed the most efficiently only when certain elements or background is used. This doctrine is referred to as “Scènes à Faire” in French. Thus, in this case, even the expressions are not protected, except in the case of exact copying. For example, the scene of marching of soldiers cannot be preserved, as it would be common in many war related movies.

Where there are only some particular ways in which an idea can be expressed, and there is just a little difference between the idea and expression, then the idea and expression are said to be merged. This doctrine is referred to as the “Merger Doctrine”. When this happens, the limited number of ways to express the idea can’t be protected. The reason behind this is that if these ways are protected, then it would be leading to the protection of an idea, which is not a provision of the Copyright Law. This doctrine means that if things are similar in any way, or even if they are identical, they might not be infringing Copyright.

In 1879, the Supreme Court chose in Baker v. Selden {FN43: 101 U.S. 99 (1879)} that the copyright of a book that portrayed a particular accounting procedure did not ensure the structures necessary to utilize the system.

There is no uncertainty that work on the subject of accounting, though only illustrative of well known structures, may be the question of copyright; but, then, it is claimed only as a book. Such a book may be illustrative either of old structures, or of an totally new system; and, reflected as a book, as the effort of an author, handing over information on the subject of accounting, and consisting of detailed descriptions of the art, it may be a very appreciated achievement to the practical knowledge of the public. But there is a clear difference between the books, as such, and the skill which it is intended to demonstrate. The mere declaration of the scheme is so evident that it needs hardly any argument to support it. The same difference may be established of every other skill as well as that of accounting. A treatise on the structure and use of medications, be they old or fresh; on the manufacture and use of watches, or ploughs, or churns; or on the combination and use of colors for painting or dyeing; or on the manner of drawing lines to yield the effect of perception, would be the subject of copyright; but none would argue that the copyright of the treatise would provide the exclusive right to the skill or manufacture described within it.

Unlike a patent, a copyright provides no particular right to the art revealed; protection is given only to the expression of an idea and not the idea itself. In the case of Baker v. Selden, the Court said that a copyrighted book on a unique system of accounting was not infringed by a comparable book using a similar strategy which accomplished similar outcomes where the suspected infringer made an unlike arrangement of the columns and used different headings. The difference is exemplified in the case Fred Fisher, Inc. v. Dillingham, once the court speaks about the two men, each an expert, individually making maps of the same region. Though the maps are alike, each may attain the exclusive right for making copies of his own particular map, and yet none of them will infringe the other’s copyright. Similarly, a copyrighted directory is not infringed by a comparable directory which is the creation of independent work.

The test of whether something is not a protectable idea or a protectable expression is characteristically ad hoc, and organizations of law have been established through court cases for dissimilar types of copyrighted works. But many themes run through most idea-expression explores. 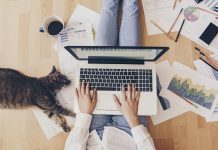