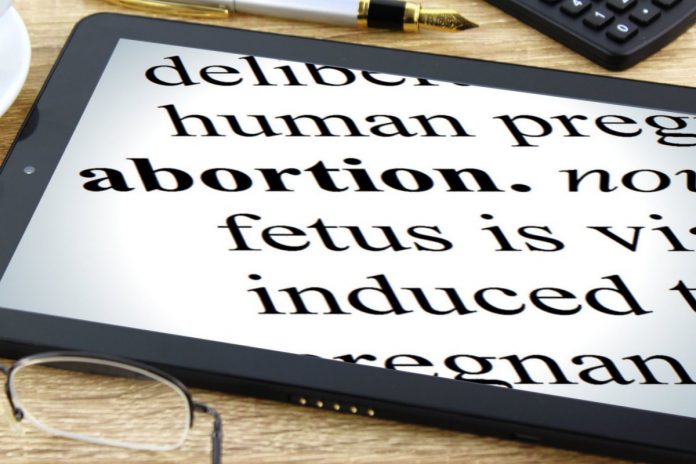 In this article, Ashwini Gehlot of Institute of Law Nirma University, Ahmedabad discusses the grounds on which the Court can Reject The Right To Abort An Unborn Child In India.

‘‘The right of a woman to choose to be a mother or not emerges from her human right to live with dignity which, falls within Article 21 of the Constitution.’’

Before the Medical Termination of Pregnancy Act, 1971, a pregnancy could not be terminated in India without attracting penal sanctions under the IPC (Indian Penal Code, 1860). In 1971, the MTP Act was passed which gives a provision for termination of certain pregnancies by registered medical practitioners (RMP’s). In a way, the MTPA, 1971 weakened the rigours of the prevalent law, though abortion was not allowed for in all cases of pregnancy but rather just in particular cases.

Explanation 1: Where the pregnancy to PW is occurred due to rape, the torment caused by such pregnancy shall be believed to result in grave injury to the mental well-being of the PW.

Explanation 2: Where any pregnancy happens because of the failure of any device or method utilized by any married woman or her husband with the end goal of restricting the number of children, the anguish caused by such undesirable/unwanted pregnancy might be continued to constitute a grave injury to the mental well-being of the PW.

(b)Save as otherwise proviso in clause (a), no pregnancy shall be terminated but with the consent of the PW.

It is clear from the above clauses that in India, termination of pregnancy was intended by the Legislature only in specific cases as a circumscribed activity. Regardless of this, innumerable abortions are done each year in India and a significant number are unlawfully induced. The figure for reported abortions in India amid 2010-11 was around 6, 20,472 while the unreported number is approximately 10 times this figure. The culprits escape punishment easily which reflects that the MTPA, 1971 is taken after more in the breach than the observance.

The Bill of 2014 proposes to supplant ‘registered medical practitioners’ with ‘registered healthcare providers’. All the more vitally, it aims to broaden the permissible period for an abortion to 24 weeks from 20 weeks if the healthcare provider believes that the pregnancy involves a considerable risk to the mother or the child. If considerable fetal abnormalities are identified, the amendment also permits an exception to the time limit for pregnancies to be terminated.

The Supreme Court and the High Court of Madras have respectively affirmed women’s rights to choose in the context of continuing a pregnancy. In Suchita Srivastava, the Supreme Court clearly held that the state has an obligation to ensure a woman’s reproductive rights as a component of her Article 21 rights to personal liberty, dignity, and privacy.

Held- “If the wife undergoes vasectomy (sic) or abortion without medical reason or without the consent or knowledge of her husband, such an act may lead to mental cruelty.” Here, this case added confusion to consent requirements by determining that when a wife terminates a pregnancy without her husband’s knowledge or consent, it may amount to mental cruelty, which is a ground for divorce. While this ruling does not change the consent required to perform an abortion, it does assume spousal “stake” in a woman’s reproductive health.

Analysis- While this decision does not change the requirements in Section 3 of the MTPAct, it does chip away at a woman’s autonomy by upholding a spousal interest in a woman’s decisions regarding her body.

Held-  Section 3(4)(b) of the MTP Act requires consent from just one person: the woman undergoing a medical termination of pregnancy. A husband cannot force his wife to continue a pregnancy.

‘‘Courts in India have confirmed that providers only require consent from an adult woman for an abortion. Husbands, boyfriends, brothers, parents, and in-laws, have no right to consent to termination or to refuse to consent to an abortion.’’

Section 3(4)(a) of the MTP Act requires a guardian’s consent where someone under 18 years requests a medical termination of pregnancy. The chapter on rape includes a variety of judgments where parents requested a termination on behalf of their minor daughter in the wake of a rape.

Issue- Does a minor rape survivor have the right to continue her pregnancy against her parent’s wishes?

Held- A minor rape survivor has the right to decide whether to continue a pregnancy or not.

“We cannot force a victim of violent rape/forced sex to give birth to a child of a rapist.”

Issue- Can a minor rape survivor obtain a medical termination of pregnancy?

Held- A minor rape survivor who satisfies the requirements of Section 3 of the MTP Act can obtain a termination.

Held- The Supreme Court reviewed the medical opinion and allowed for termination if the girl consented. However, the Court noted that this was a particularly difficult decision because “Whatever be the circumstances in which the child was conceived, whatever the trauma of the young mother, the fact remains that the child is also not to blame for being conceived.”

“A rape victim shall not be further traumatized by putting through a needless process of approaching courts for taking permission.’’

Bhavikaben v. The State of Gujarat, 2016 (High Court of Gujarat)

Issue- Can an adult rape survivor undergo medical termination of pregnancy when she is more than 20 weeks pregnant?

Held- Yes. Applying the survivor’s best interests test in Chandrakant, the Court finds that where medical experts agree that the woman’s mental or physical health will be severely impacted by the pregnancy, she has a right to terminate.

Issue- Does an incarcerated woman require consent from jail authorities to obtain a medical termination of pregnancy?

Held- An incarcerated woman does not have to seek consent from jail authorities to terminate her pregnancy.

Women in medical custody/ “wards of the state” –

Issue- Can the state consent to a termination as a guardian for a “mentally ill” woman who was raped in her state-run facility.

Held- The Court must examine the facts. Where a woman is not a minor and has a “mild” mental illness, the Court has to ensure her reproductive rights, including the right to continue a pregnancy.

Issue- Can the state consent to termination on behalf of a mentally disabled woman who cannot care for herself?

Held- Yes. Where a medical expert determines that a woman cannot make decisions for herself or understand that she is pregnant, the state may consent to termination.

Issue- Can a homeopathic doctor who negligently performs a termination resulting in death be charged and sentenced under IPC Section 314?

Held- Yes, where a doctor is not trained in medical termination of pregnancy conducts the surgery, he or she can be charged under IPC Section 314.

Issue- Is a doctor negligent if she performs a medical termination post-20 weeks when there is not an urgent risk to the woman’s life?

A woman could terminate her pregnancy at 24 weeks where there is a danger to the health of the mother.

Issue- Can a woman terminate her pregnancy post-20 weeks where the fetus has severe abnormalities?

Held- Based on the medical board’s determination that continuing the pregnancy would pose a grave threat to the woman’s mental and physical health, the woman may undergo termination under Section 5 of the MTP Act.

No Abortion On Demand Or Request

The MTP Act, 1971 does not confer or recognize any right of any person to perform an abortion or terminate a pregnancy. A PW can get her pregnancy terminated only under the circumstances mentioned in the Act as stated above.

Not A Tool For Birth Control