This article is written by Chetna Alagh.

India, being a democratic and republic nation and having the world’s greatest Constitution provides some rights to its citizens and some rights to foreign nationals as well which is very unique, and are commonly known as the fundamental rights. But, the nationwide lockdown arose due to COVID- 19 pandemic, which placed a great impact on the rights given by the Constitution. In this period, we have seen that the state act as the guardian for the citizens and provides them with health care facilities when they get infected. And, we also have seen some miserable conditions of the patients in Delhi, Patna, Mumbai, etc. that occurred all because of the overburdened population of the country. Apart from these, we have observed that during this period there were some places where there were good atmospheric conditions.

In places like Delhi where the pollution level usually crosses the threshold limit in normal days but lockdown provided a very good impact on that. The improved conditions of rivers like Ganga and Yamuna, whom we worship as goddesses in India, are also some good symbols of the lockdown. Many images and videos came through social media and electronic media where few wild animals have been observed wandering on the streets in the city areas. These were few good impacts of the lockdown on the nation.

But in some ways, the Covid-19 outbreak created a great loss on the country, where the employment of many people got abrogated and the migration of the labourers via road through the cycle and by some other unimaginable mediums, due to the nationwide lockdown created severe health issues to them, and somehow the spread in the country arouse due to the migration. It created a loss to the job providers too. There were both positive and negative impacts of lockdown in the country, we will discuss a few of them in this article.

The nationwide lockdown imposed by the central government due to the sudden outbreak of the coronavirus. The duration of the lockdown was increased one after the another, with this the people of the country were in a panic and started feeling depressed, as it has never happened to them before when the lives of the people were restricted to the home only. Due to the lockdown, many people also have lost their jobs, so there was very much frustration in the minds of the people, and as they have to live at the houses only so the members of the family dispatch their frustration on their wife’s, husband’s, children, parents, etc. Also during this time most of the police officers were engaged in social works, so the criminal intended persons move freely on the streets and roads, which causes the increment in the theft, robbery and abduction cases nationwide. The Twitter hashtags like #terrorathome were trending.

The National Commission for Women has received more than 587 complaints between March 23 and April 16, out of which 239 were related to domestic violence. According to the data shared by the National Commission for Women, 123 cases were received between Feb.27 to March,22. In the last 25 days, the commission received 239 more such complaints. So, with the increment in the domestic violence cases, the commission has decided to constitute a special task force and handle these issues on a fast track basis. Few reports of the newspaper tell that there was more than 78% hike in criminal cases against women amidst lockdown. Online sexual abuse has also been on a hike during this lockdown period. Few studies say that the domestic violence and sexual abuse cases were at a higher level in the red zones compared to the orange and green zones.

The more number of cases were especially from the containment zones. Various studies tell us that the domestic violence cases rose by 131% and online abuse cases rose by 184% in red zone areas. Correspondingly, there was a significant decrease in harassment, rape, and sexual assault complaints in red and orange zone districts relative to green zone districts in the months during and after the lockdown. Some studies also observed increment in domestic violence-related google searches. The United Nations has also observed worldwide increment in domestic violence cases. This is not the end though even the atrocities against saints, beggars, tribes and marginalized sections of the society, were also at the zenith.

In this confinement, we have seen various mob lynching cases throughout the nation, the popular one was of the Palghar. It is easier to abduct someone or to convince someone to commit a crime, when he/she has been suffering from the starvation due to the lockdown and someone allure for the food. The same thing happened at the Palghar where most of the tribes were suffering from the starvation and an ill-minded person came and mislead them to kill saints. Another possible reason for the increased atrocities nationwide may be the government’s policies. The legal services during this were detached from the essential category, and all the courts are following the virtual mode of hearing, and that will only for the urgent cases. The prisoners inside the jail were also not allowed to meet their family members, so there were few criminal cases in the jails also. Most of the persons who are protesting against the CAA, and were being arrested are still in the jail, as their advocates have not filed bail petition for them.

The cruelty against scheduled castes and scheduled tribes were also not far from this queue. Many violence against  Dalits has been reported in the Tamil Nadu which resulted in 22 murders. In USA colour based discrimination have also been seen, against which there was a massive protest against the government and police officers. Another set of cases were of cybercrime cases. The banking frauds and false money transaction have been maximum registered amid lockdown. Various frauds have been reported through gaming apps and websites. The maximum number of gaming apps came during this period, which offers some prizes but the actual game is of money, i.e.; to make banking frauds with the customers. These criminal acts have been worst for the people. They started facing dual attack, first is because of the lockdown and the second one is because of these frauds. The increasing atrocities led to frustration and depression, and the closes doors of justice were also one of the biggest problems. In fact, talking about India particularly more than 50% of the advocates are unaware of e-filing and e-hearing. So, it would be very difficult to provide justice to every level of society during this pandemic. 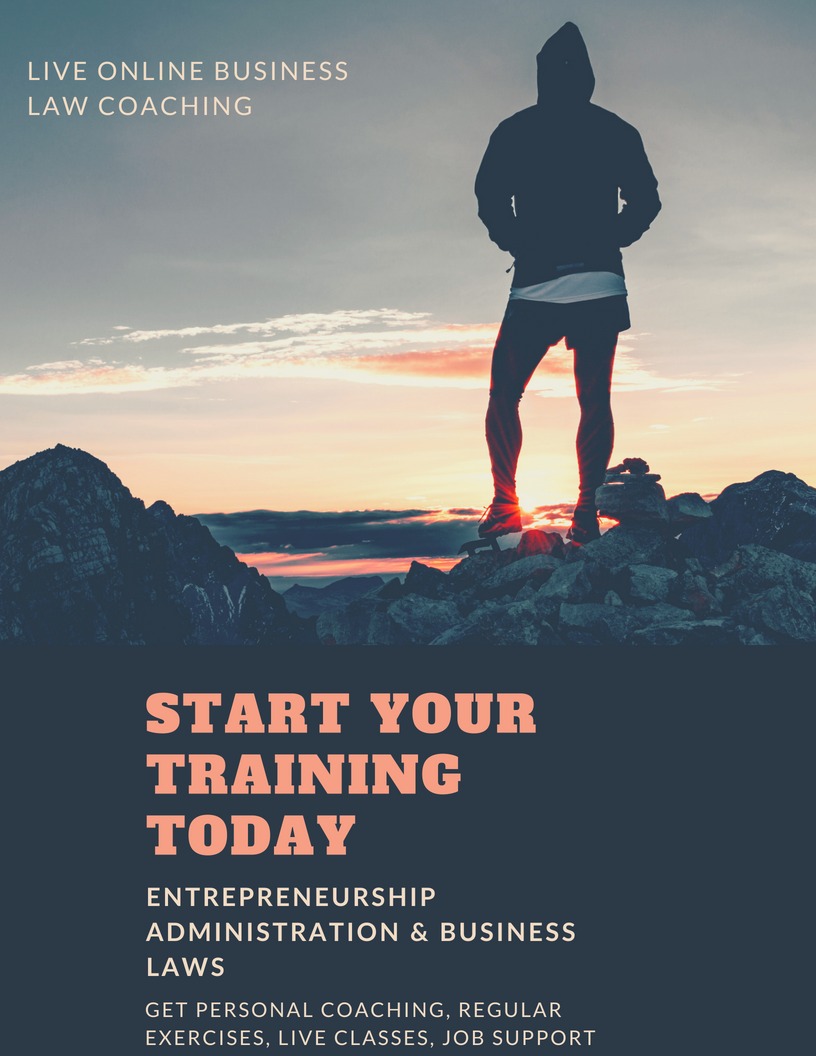 Impact of Covid-19 on Right to Health

Covid-19 has worst effect on the Right to Health of citizens, it also has shown the health facilities available in the country. Human rights activist were also inactive during that period. The international human rights guarantee everyone the right of the best possible health standards. The international health agencies, like WHO has clearly instructed the governments to reasonable care of people and to take urgent actions to stop the spread of the virus. But, the Indian government only imposed the lockdown, because of which the nation suffered high losses, and on the name of health, there was the only distribution of masks and sanitizers. The basic health infrastructure was almost dead. The private hospitals and agencies are plundering people, in the name of COVID. This is the reason, that India is among the top countries were the novel coronavirus has affected the most.

From another perspective, we can say that the healthcare of the country has created a great opportunity for employment too. With the increasing cases, the available staffs were not sufficient to handle that much of gathering. So, there was large employment in the health sector. Also, in the manufacturing areas of medicines and nursing homes, there was a great scope of employment. So, to understand the impact of COVID-19 on Right to Health, we first have to know about the right to health, Right to Health is the economic, social and cultural right to the universal minimum standard of health to which all individuals are entitled. But, instead of minimum, there was not even a health right to the individual, only those who have money can afford the treatment. In fact, in the beginning, the government institutions took a heavy amount from the poor, in the name of COVID checkup. So, there was a complete violation of right to health in the pandemic. And till, when it continues nobody knows?

The complete lockdown imposed during COVID came out as a black bandage for the Indians, which everyone wore. The main issue is “was not any other option available except lockdown”. The corona cases in the country are also increasing day by day. The GDP of the nation is -23.9, which is in itself very bad. The country faced nothing except losses due to lockdown, especially the studies of poor children who don’t even have the smartphone. The job losses to the migrant labour and the difficulty which they faced in coming back to home are some emerging issues which caused, because of lockdown.

These all reflect the violation of rights of people in an ideal state, like India, which follows the principle of Salus populi suprema lex. It is not possible for anyone to count the number of losses which the country suffered, because of lockdown. The atrocities faced by women, in lockdown were most surprising in numbers, the number of domestic violence cases was at the apex. Other violence, against the saints and common man, also increased. The health facility was also in its bad days. The increasing death rates, in the country day by day due to COVID, is a live example of this. The least govt. can do, is to provide basic health facilities at the government hospitals. So, that the weaker can not suffer, when such condition again occurs in future. The only good thing, this lockdown did is the revival of our nature, whom we consider as goddesses in India. But, this revival goes soon as the reopening completed. 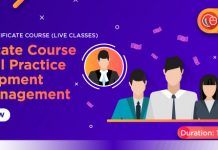