The recent political turbulence in Rajasthan has reignited the debate surrounding the viability of Anti-Defection law in India. The insurgency of Rajasthan’s Deputy Chief Minister and the President of the Rajasthan Pradesh Congress Committee has created a political crisis in Rajasthan. Though it is considerable to see how seasoned veterans can change the tide of insurgency in their favor by the end of the day with Mr. Gehlot having the last laugh. This instance has renewed the discourse in legal fraternity over Anti-Defection Law, which had started in March when Jyotiraditya Sindhiya in Madhya Pradesh defected with his supportive MLAs brigade in BJP, which later on formed the government in the state. Provisions related to the mechanism of Anti-Defection Law have been provided under Schedule X of the constitution. Though the law has been a progressive step during its insertion but as Journalist Shekhar Gupta quote that the Anti-defection law has outlived its utility, which in the opinion of the authors needs some serious amendment.

The need for instituting such law in the constitution has been felt from 1967 although the same has been done in 1985 by the 52nd Constitutional Amendment Act by the then PM Rajiv Gandhi. The curious case of Gaya Lal, after whom the famous phrase ‘Aaya Ram, Gaya Ram’ is made, has defected 3 times in a single day. From 1967 to 1971, 32 Governments had fallen due to defection. Within these 4 years, 142 Member of Parliament defected, 1,969 MLA’s of different assemblies defect to one or the other party and 212 out of these MLAs have been given ministerial posts.(see here)

The law has been made with the intent to bring political stability, curb corruption in politics, and to combat the evil of political defections. The amendment also introduced the concept of merger and split. The jurisprudential intent behind these concepts was to protect the environment of serious dissent. Through the amendment, the member can defect in large numbers or could create a separate party even after getting elected to the house, which will enable the strengthening of the democratic necessity of expression, if the majoritarian government is in power. If a majoritarian government in power is trying to pass any law which is against the common will of people or can pose a turmoil situation in the country, bypassing a whip, the exception provided in Para 4(2) can prove to be a boon.

Previous attempts had been made in by the 32nd Constitution Amendment Bill which was introduced for disqualifying defected legislators from ministerial birth. 42nd Bill for Amendment of the Constitution had the same purpose. Both the bill lapsed.

This process of giving the post to defectors was very illustrated by the jumbo size Kalyan Singh government installed in 1997 in Uttar Pradesh formed by the BJP with the support of defectors from the Congress party and the Bahujan samaj party. Almost all the defectors were appointed as ministers and thus, the council of ministers had 94 ministers, which was an unprecedented event in itself. Such defections are morally wrong and hence involve the breach of electorate.

Seeing the above example as a lesson, Law was amended in 2003 by 91st Amenmnect Act which amended Arts. 75 and 164 to include Clause (1-B) which provides that no member of the house who has been disqualified from that house on the ground of defection under para (2) of the tenth schedule, shall be appointed as a minister under Clause (1) of the above articles unless they get re-elected. Further, para (3) of the tenth schedule under which the exemption from disqualification as provided in case of the split of 1/3rd members has been omitted. Also, clause (1-A) was included in Arts. 75 and 164 to limit the total number of ministers including a prime minister or chief minister respectively, in the council of ministers to 15% of the total membership of the house.

Indian Anti-defection law is unique in itself. The member is liable to disqualification from the membership of the house if he voluntarily gives up the membership of the party, or goes against the whip of its party unless he has taken prior permission for the same and such voting or abstention has not been condoned by such political party, person or authority within 15 days.

We follow Westminster model of government but in Britain also, the member doesn’t lose the seat of parliament if he goes against the whip of the party, in which case he only lose the party membership. In the United States, we usually see the President negotiating with its party senators for keeping them on his side during the passing of some resolutions.(see here)

In an illustrative manner, if a member gets disqualified from a house on the ground of voluntarily giving up the membership of the house, he can contest bye-election. The economic impact of this situation is that there will be an unnecessary expenditure posed on the Election Commission and on the state or the central government, as the case may be, to conduct such election. As per the report of Centre for Media Studies, the average money spent from the government exchequer in Lok Sabha Election of 2019 for a single constituency is Rs. 100,00,00,000/- (approximate). To again conduct such election will be a wastage of taxpayer’s money.

In a democratic form of government, people elect their representative broadly on the basis of the manifesto and the political ideology of the party. If a person after getting elected from any constituency defect from that party, he/she is playing a fraud on the people of his/her constituency.

Malpractices like horse-trading are used to somehow reach the majority mark to form a government. Later on, these defected members are given certain emoluments and benefits for defying the allegiance toward their original party as well as their electors.

Problem arising due to whip

Members who are able to vote on laws independently can put an effective check on the government as well as can represent the views of the electors of their constituency whom they represent. At present, lawmakers don’t have the freedom to defy the whip and sustain their dissent in the legislature. This also leads to the centralization of power in the hands of the top leadership of the party. Even a vice dissent is unwarranted for, as in that case, the individual could lose both memberships.

The general public chose its representative on the political ideology of the party, which gets evident by the manifesto they release. The representative of that party wins the election and gets to the house of the assembly to raise the voice of its subject population as well as to fulfill the promises in the manifesto. The moment that person defects, they breach the promise of their sincere voters who had shown faith in him. They did an act against their manifesto, displaying which they got elected.

There is a strong argument that supports this phenomenon of defection. If a representative resigns and is re-elected in the bye-election under the name of a different party, that would be a sign of public approval for defection. Although the argument is sound, it is possible that the defection has been done at some point in time, say after 3-4 years of the elections, and people are really fed up with a party’s policy. At that juncture, they will obviously choose a person who is against the idea of that very party, even if he contest as an independent candidate.

In the month of March this year, Hon’ble Supreme Court in its order barred ‘Thounaojam Shyamkumar’, the defected minister from entering Manipur Assembly. Shyamkumar who got elected from the congress party to the assembly later defected to BJP initiating the process for giving BJP the majority calculation to form the government in the state. He was later on conferred with the post of forest minister.

13 disqualification petitions were filed against this act in front of Manipur Assembly Speaker’s Tribunal in 2017, who promptly delayed it till this year. At last, the Apex Court had to use its powers under Art. 142 to disqualify him. (see here)

Take it as a coincidence that in Manipur Assembly, Speaker’s similar arbitrary nature was seen where he refused to abide by the Supreme Court’s decision over the disqualification of MLAs’. Contempt proceeding was initiated against him and he was summoned. Although the charges were later on dropped, court made an important observation where Court said nobody is above law, and so all authorities are to act in aid of the order made by this court.

The above instance shows the lethargy and inability of the speaker to decide disqualification matters in an expeditious manner when that disqualification is in favor of the party from which they were elected to that house. The Anti-Defection law gives a certain power to a speaker who is not expected to maintain impartiality as he usually is from the ruling side. This results in the consequence that until and unless the speakers didn’t deem it fit, the defected MLA can enjoy his seat. Even in the above-mentioned matters, the unnecessary delay on the part of the speaker of the assembly proved a sort of benefit conferment to the defected one.

The last ground is that of moral responsibility. When a party confers its confidence in the candidate by providing him with required money and necessities to contest elections, they expect from that individual some sort of trust which he need not breach. To provide a candidate with its symbol apparently adhere him to all the beliefs and ideals which that party holds. Though the defection has never been thought of from the lens of a criminal offense other than provided in Schedule X, but elements of breach of trust and misappropriation of money could be subscribed here.

There has been a recommendation from various committees and commission who have suggested the required changes which need to be incorporated in the present anti-defection law to make it more robust. This is a serious question that whether the power to disqualify any member of parliament or legislature solely lies into the hands of the speaker or should it be vested in some independent body outside the house. Even there’s a recommendation of Election Commission that decisions under the tenth schedule be made by the President/Governor on the binding advice of the Election Commission. In our opinion, it’s not suitable for the reason being that it’ll again halt the process in times when the need is expeditious. Speaker, being a member who remains in the house as a presiding officer in the daily proceeding of the house can better understand the composition and the actual position of the house. Although the speaker/chairman decision could be made subject to the suggestion made by the state election commission or the election commission of India, as the case may be.

Further in our view, selected suggestions made by Dinesh Goswami Committee on Electoral Reforms (1990) and Law Commission’s 170th Report of 1999, if included in the present law, will definitely make Anti-defection Law more comprehensive and strengthened.

The suggestions are that Disqualifications be limited to cases where:

Further recommendations include the setting up of an independent commission which includes retired judges of the Supreme Court to check the disqualifications on the expeditious basis on the findings of which strict actions should be taken up by the court including non- entitlement of the defector to participate in bye-elections. 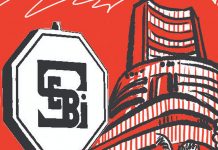 What are obligations of issuer, lead merchant banker etc. under SEBI 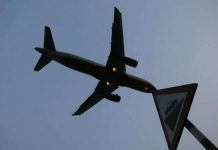 Mergers and acquisitions in civil aviation sector in India