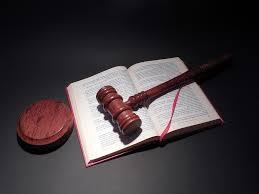 This article is written by Ramanuj Mukherjee, Co-founder & CEO at iPleaders.

How much can you earn if you crack CLAT, get a good rank and graduate from a top law school?

The answer is something that motivates most of the CLAT takers to slog ungodly hours, push back on entertainment and study things they never would otherwise. I have asked hundreds and hundreds of law aspirants in live classes why they want to crack CLAT. Most of them said it plainly: they want to earn lots of money eventually. Others were not so blatant, but I could tell all other things like job satisfaction, influence, fame may be important, but the opportunity to earn lots of money is a key factor in choosing law as a career for a very vast majority of law students.

However, you might have heard, the reality of economics of law practice can be quite different. Approximately 50,000 law graduates are crowding the legal marketplace every year, and BCI has approved close to 1 lakh seats in close to a 1000 law colleges per academic year all over India. There are over 15,00,000 practicing lawyers, and many of them find themselves in very mediocre jobs or practice, and find it difficult to make ends meet. A law degree is not an automatic license to make a fortune.

Just yesterday I interviewed a lawyer from Gurgaon with 7 years experience for a job at ClikLawyer.com, one of my ventures. He is currently earning about INR 20,000 per month from his senior and a few cases he gets on his own. He wanted a salary of INR 30,000 and he was willing to travel 30 km up and down every day in crowded metro for a job that will pay his bills every month.

Another lawyer, a former student of mine, travelled from Bhopal to Delhi after practicing in Bhopal for over 3 years, as he could not eke out a career in his hometown after much effort. He is a fine lawyer, and definitely have very decent level of legal skills and an LLM from a good university. He is now working with a senior lawyer in Delhi, drawing 15k of subsistence allowance for heavy duty work, and taking clients on the side to supplement his income. All in the hope of making it big one day in Delhi’s litigation circle.

At this point, you may argue that those who crack CLAT with good ranks will go to top law schools, get sterling jobs and therefore will never be struggling like this. I wish it was quite like that.

Yes, about 200-300 law graduates, depending on growth of the legal market do get top jobs that pay in excess of 1 lakh per month at entry level. There maybe another 500-800 jobs, again depending on market situation (state of the economy, demand of high calibre legal services, number of big M&A, banking deals etc.) that pay above INR 50,000 per month. Otherwise, a large number of NLU graduates, if not the majority, have to satisfy themselves with jobs that pay between INR 20,000 – INR 45,000.

Do the maths yourself. NLUs are mushrooming in every state, and they always have takers due to CLAT and the ‘National Law University’ tag. Most of them have an intake of over 120, with the student intake going up over the years. That’s over 2000 national law university students each year, given that there are at least 15 NLUs with the number going up every year.

If the NLU tag was ever valuable, it is not so anymore given the level of dilution.

Of course, the CLAT coaching centres won’t tell that to anxious law aspirants or their parents. They sell dreams of 17 lakh per annum jobs on graduation. They don’t tell what percentage of people who crack CLAT will actually get that kind of jobs.

However, am I then discouraging you from studying law or cracking CLAT?

Absolutely not. I studied at NUJS, one of the best National Law Universities, and I am glad that I chose to study law. I cracked one of the highest paid jobs of my time when I graduated, and received multiple offers from top law firms. But that is not what I cherish the most about my law school education.

I don’t just owe my career to the law school education, I owe the very person I am today to it. It immensely benefited me. I was transformed through that experience. I faced many obstacles and hardships on the way, and managed to overcome them – which made me very effective, strong and powerful in face of adversities. My very understanding of who I am, what I can do, my role in the society, the way I see my country, the legal profession, entrepreneurship – everything transformed thanks to law school. I met brilliant people who are my allies till day and without some of them, I will never have achieved what I have managed to achieve and what I today dream of achieving.

I could not recommend a law school education to a young student enough. It is one of the best things that can happen to you – to crack CLAT and start training yourself to become a powerful lawyer.

And yes, extraordinary lawyers, and legal entrepreneurs go on to make a lot of money. Not only in big law firms, but everywhere else as well. To get an idea of what is possible, just go through a few interviews in SuperLawyer.in. A successful litigator in this country can single handedly earn hundreds of crores in a year. I know many NLU graduates who earn crores in a year through legal practice – their own or as partners in big law firms.

Forget the entry level salary of 1 lakh per month. You could earn in crores in a few years’ time. Everyone will not make it – but those who set out to become extraordinary lawyers, and put in the work with patience can definitely get there.

Law is a profession where the winner takes it all. The good thing is that you don’t have to win this year itself. You can slowly train yourself over the years to get there. You will need single minded focus, unwavering motivation, a lot of dedication and the ability to survive bad times and failures.

I want you to be prepared for reality. The first year in law school is brutal. It was so for me and for a lot of others. The other years get increasingly more brutal. You just get used to the brutality and the harsh reality. You become a fighter, you learn how to survive and how to still thrive. That’s an invaluable lesson for life.

And yes, people do commit suicide when they can’t handle the pressure, when things go awry. Do you know that in every batch of every top law school, there are 5-10% who drop out, give up on their ‘lawyer dreams’ and try to find another way to make it in life?

I want you to know that.

Do you know that the a surprisingly large number of people who join those coveted top law firms quit in less than a year? I quit exactly at the 1 year mark, and I didn’t like my time in a big law firm much. I wasn’t the first. 32 people from my batch in NUJS joined top 6 law firms. I was the 19th to quit. 18 of them had quit before 11 months of joining their jobs.

Imagine that. Not only the hard work that goes into cracking an exam like that for a year, but all the work one puts in over 5 years in a top law school, culminating in a coveted job at the biggest law firm in the country, worth 15 lakhs a year. Why would someone quit that in 3 months?

One of my batchmates, a very good friend, did just that. When he was writing law entrance, I went to the same coaching as him. Even then he would say that he wanted to work with Amarchand Mangaldas, which was back then India’s undisputed market-leader amongst law firms. He was one of the first to get that job even before we started our 5th year classes. He quit in under 3 months, and started preparing for civil services. Now he is an IFS officer.

Notwithstanding the happy ending, which took many more years of preparation, why would he quit his dream job? I will leave that to your imagination.

That is the harsh reality CLAT coaching classes will not tell you. I want you to know that.

If after knowing this, you are still ready to play the game, come aboard. You have it in you to survive this high pressure, high stakes’ world where weak people are eaten for breakfast every day. It is not that I like it this way, but over the years I have come to realise that this is how it is and learned to articulate it. You need to know CLAT preparation is just the beginning – life will not get easier after this once you make it into a big law school, just like it will not if you don’t crack it. You will still need to put in all the work required to become a lawyer for whose skills people are ready to pay the big bucks. And a few other things, of course. That is for another day.

If you are interested in finding out an intelligent way to crack CLAT do check out this Legal Aptitude course created by multiple law entrance toppers and a celebrated CLAT coach who played a role in the making of the CLAT All India Rank No. 1 in CLAT 2017.