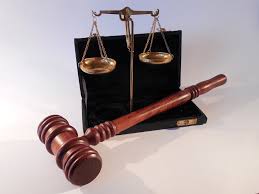 In this article, Himanshi Srivastava of Amity Law School Lucknow discusses Transfer petition in the Supreme Court of India.

Section 25 of the Code of Civil Procedure is associate degree enabling provision that empowers the Supreme Court of India to transfer any case, or different proceedings from a court or [any different the other] Civil Court in one state to a different court or other Civil Court in the other state.

In the majority of cases, this provision is invoked in married matters and frequently at the instance of the partner once she is clothed as a respondent in the proceedings initiated by the husband and in cases wherever the parties have separated for married variations and are living in several states. In these types of cases, the partner moves for transfer of the proceedings on the bottom of her inability to defend the proceedings for being not during a position to afford travelling, being not during a position to not leave her child/children behind and on the grounds her personal safety and inconvenience besides expenses. The Court invariably takes a sympathetic read in favor of the partner but, that’s continuously not the case as in some cases the Supreme Court has control that the convenience of the petitioner cannot eclipse the necessity of justice.

The invocation of the jurisdiction for transfer of cases is but not restricted or restricted to married disputes and is feasible for different cases conjointly.

In each sort of cases associate degree application with official document of the petitioner in conjunction with copy of the case wanted to be transferred is needed to be filed before the Supreme Court of India with a prayer for the transfer of the case to a specific Court in another State and a prayer for keep of the proceedings before the Court below within the case wanted to be transferred.

It would unremarkably take the Supreme Court of India to make a decision associate degree Transfer Petition inside an amount of roughly four to six months’ time once hearing each side on deserves till which era the proceedings before the Court below stay, will be stayed by an order of the Supreme Court.

Firstly the Petition for Transfer of case from one state or city to another state or city was common in the matrimonial matters. The wives have taken many advantages by taking some important grounds for transferring the petition.

Typical grounds taken by wife in the transfer petitions are below:

Some of the landmark cases of transfer of cases in matrimonial matters are:-

The paramount thought for transfer of a case under Section 25 of Code of Civil Procedure must be the necessity of justice. It was held that the mere convenience of the parties or anyone of them might not be enough for the exercise of power, however, it ought to even be shown that trial within the chosen forum will result in denial of justice. The Court any control that if the ends of justice therefore demand and also the transfer of the case is imperative, there ought to be no hesitation to transfer the case. The proper of the dominus litis to decide on the forum and thought of complainant’s convenience etc. cannot eclipse the necessity of justice. Justice should be done in any respect costs; if necessary by the transfer of the case from” one court to a different.

This provision has been most frequently invoked in matrimonial matters, and usually at the instance of the married woman, once the husband and married women are living separately and the husband files a petition for divorce or institutes alternative proceedings under the law concerning wedding and divorce at the place wherever he is residing, that is sometimes the place wherever the parties last resided along, the wife, who has typically came to her parental home, moves for transfer either on the ground that she cannot afford to travel or that she cannot leave her kid behind or that she faces threats once she goes to defend the proceedings. The Court invariably takes a sympathetic read towards the wife’s plea for transfer, however this is not always the case.

In Kalpana devi Prakash Thakar Vs Dev Prakash Thakar[2], the Court disallowed the wife’s plea for transfer of the matrimonial proceedings from Mumbai. to Palanpur, Gujarat taking into account the subsequent considerations:

In Shiv Kumari Devendra Ojha Vs Ramesh Shitla Prasad Ojha[3], the Court disallowed a woman’s  application for transfer of an application for grant of a succession certificate, from Gujarat to U.P.  Her main plea was that being a woman she was unable to travel from U.P. to Gujarat. The Court disallowed the petition primarily on the ground that the respondent was able to pay” the traveling expenses. The Court further held, that if the petitioner had any issue in participating a counsel as a result of monetary constraints, she may file an application to recover the amounts paid for the same from the respondents, in the trial court at Gujarat.

A couple of issues have arisen within the context of the power of the Court to order transfer under Section 25 CPC often the Court has felt that the parties would be advised to dissolve their marriage by mutual consent, and sometimes.the parties themselves have to be compelled to come to such an understanding. In such a situation, the court has usually permissible the parties to file a petition for divorce by mutual consent.in the Supreme Court itself.

However, some benches have taken the view that this cannot be done and that such a petition will only be filed in the court. It is respectfully submitted that the Court is not even in delegation the parties to the court when both the parties are willing to dissolve. the marriage by mutual consent. It’s exactly in such things that the ability of the Court beneath Article 142 of the Constitution will return to the help of parties, as a result of “complete justice” is then done. the need that the petition for divorce by mutual consent ought to be filed within the Court of District choose or the court, is at the best a procedural matter and doesn’t alter the substantive rights of the parties.

In Kiran Ramanlal Jani Vs Gulam Kadar, .the petitioner had prayed for transfer of a motor accident claim from Jammu and Kashmir to Gujarat. The Court allowed the transfer petition in the absence of any objection on behalf of the respondents and their non-appearance even when in service. It is, however, submitted that there has to be a sound legal basis for such transfer, when the party wishes a transfer of a case from Gujarat to the State of Jammu and Kashmir, the acceptable course would be to file a petition for special leave under Article 136 against the order directing issue of summons, personal appearance, etc. Once the Court is seized of the matter under Article 136 of the Constitution, it would have power under Article 142 to direct transfer, in order to do complete justice.

A couple of other cases may now be noticed. On a petition under Section 25 of the Code of Civil Procedure, a civil suit pending in the Court of the Subordinate Judge, Patna was transferred to the Mumbai High Court to be tried with another suit pending on the original side of the Mumbai High Court, thereafter the suit in the Mumbai High Court was set and was carried in appeal in the case of Bihar State Food and Supplies Corporation v. Godrej Soaps (P) Ltd. and Sons[4], a petition under Section 25 CPC was filed for re-transfer of the suit to the Subordinate Judge at Patna on the ground that the purpose of transfer was over since the 2 cases couldn’t currently be tried along. The Court disallowed the petition for transfer and requested the learned decide on the initial side to frame the necessary problems in the suit inside six weeks and thereafter take evidence on a day-after-day basis. The complete evidence and the record of the suit were thenceforth to be transmitted to the Division Bench for thought in conjunction with the sooner suit that had gone in appeal, so those conflicting decisions might be avoided.

In Avtar Singh and Co. Pvt. Ltd. v. S.S. Enterprises[5], a petition was filed, under Section 25 CPC for transfer of the suit from the Calcutta High Court to the District Court at Kanpur where a suit was already pending. The Court directed the Calcutta suit to be transferred to Kanpur taking under consideration of proven fact that Kanpur suit was filed earlier in purpose of time and that the suit was filed in Calcutta was within the nature of a cross-suit.

Section 406 of the Code of Criminal Procedure provides power to the Supreme Court to transfer criminal cases and appeals unfinished in one high court to another high court or from a criminal court subordinate to one high court to a different criminal court of equal or superior jurisdiction subordinate to another high court. The Supreme Court will act under the section only on the application of the Attorney General or of a party interested. If an application under Section 406 of the Code of Criminal Procedure is dismissed, the Supreme Court may, if it is of opinion that the application was trivial or vexing order the applicant to pay by way of compensation to the respondent such total will not be exceeding Rs 1000.

In Maneka Sanjay Gandhi v. Miss Rani Jethmalani, Justice Krishna Iyer observed as follows:
“Assurance of a fair trial is the first imperative of the dispensation of justice and therefore the central criterion for the court to consider when a motion for transfer is made is not the hypersensitivity or relative convenience of a party or simple handiness of legal services or like mine-grievances. something more substantial a lot of compelling, a lot of imperilling from the point of read of public justice and its attendant surroundings, is needy if the Court is to exercise its power of transfer; this is the cardinal principle though the circumstances may be myriad and vary from case to case.