This article is written by R. Sai Sowjanya, pursuing a Certificate Course in Advanced Criminal Litigation & Trial Advocacy from LawSikho.com. Here she discusses “What to do if Some Crime is Committed while Travelling on a Ship” 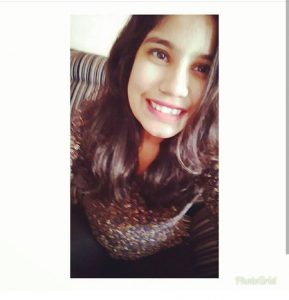 The concept of Crimes being committed on a ship has long been exploited by various mediums, the reality of such situations, however, is that what happens out on international waters or high seas is a legally complicated jurisdiction.

What are International waters though and who actually controls them

High seas or mare liberum (Latin for Free sea) can be simply put as waters or bodies of water that fall outside the territorial waters which extend to 12 nautical miles from a nation’s coast. This has been explained by Article 3 of the United Nations Convention on the Law of the Sea. This convention was signed in 1958 by 63 countries who all agreed to a certain set of rules.

They have also been explained in Article 1 of the Geneva Convention of the High Seas,1958 as all parts of the sea that were not included in the territorial sea or in the internal waters of a state.

This reflected customary international law, although as a result of developments, the definition in article 86 of the 1982 convention includes; all parts of the sea that are not included exclusive economic zone, in the territorial sea or in the internal waters of a state, or in the archipelagic waters of an archipelagic state.1 `

What does the law of the sea state

A country has total and absolute sovereignty within these territorial waters, this extends to both below and above the water.

Domestic laws apply within these waters and the country is free to perform activities like fishing, drilling or military exercises.

There is also an Exclusive Economic Zone which extends up to 200 nautical miles from the shore, but the EEZ only applies sovereign rights to what lies below the surface i.e. oil and minerals.

After 12 nautical miles, anyone can sail through the exclusive economic zone, but cannot drill for oil or fish. The freedom to navigate international waters is one of the primary rights that the UN convention grants to various countries.[1]

They are free to fly over, lay cables, fish and perform a scientific experiment.

However, there are limitations in place to make sure that countries do not exploit these freedoms.

Who possess the jurisdiction

First and foremost, any crime or illegal act that a person commits on a ship falls under the jurisdiction of the country that the ship is registered in.

Under UNCLOS, “every State shall effectively exercise its jurisdiction and control in administrative, technical and social matters over ships flying its flag.”

So, a fugitive in a ship is still subject to the laws and regulations of whatever country the vessel is registered to.

In spite of the law stating this extremely clear, there have been cases where the country refuses to prosecute or take the crime committed seriously, for scenarios like this the concept of universal jurisdiction was brought into place.

The concept allows for any country to prosecute a criminal regardless of their nationality or where the crime was committed. This concept is used for crimes against humanity like genocide, it is useful in high seas as otherwise, no one can claim jurisdiction.

What are the Crimes that are commonly Committed

International waters have long been subjected to crimes be it theft or more serious charges like murder and piracy.

In recent times an extremely disturbing video of a ship captain shooting innocent workers for sport while they swam about frantically in the ocean surfaced, and according to researchers and crew, it’s quite common for workers to face various kinds of exploitation at the hands of their so-called “masters”.

Various researches and close observation will make it clear that the only reason murder is so rampant in the high seas is due to the lack of punishment. Most countries choose to ignore the crime as it is mostly carried out on poor workers who lack the resources and knowledge to fight back. The punishment for murder as stated above differs and depends on the country that the ship is registered to.

Piracy, any robbery or other violent action, for private ends and without authorization by public authority, committed on the seas or in the air outside the normal jurisdiction of any state. Because piracy has been regarded as an offense against the law of nations, the public vessels of any state have been permitted to seize a pirate ship, to bring it into port, to try the crew (regardless of their nationality or domicile), and, if they are found guilty, to punish them and to confiscate the ship. The punishment for committing piracy may differ however considering the seriousness of the crime the punishment has always remained serious.

This crime originally was closely related to maritime commerce however, in recent times has proven to be one of grave brutality.

This to date remains the most deplorable crime committed in the mare liberum, human trafficking in general has been explained by Article 3, paragraph (a) of the Protocol to Prevent, Suppress and Punish Trafficking in Persons defines Trafficking in Persons as the recruitment, transportation, transfer, harbouring or receipt of persons, by means of the threat or use of force or other forms of coercion, of abduction, of fraud, of deception, of the abuse of power or of a position of vulnerability or of the giving or receiving of payments or benefits to achieve the consent of a person having control over another person, for the purpose of exploitation.

Exploitation in recent times has come to majorly include sexual exploitation and bonded labour. It is a grave crime to be committed against humanity and has been gravely condemned by law across the globe. The high seas area often used to transport the people captured and similar to piracy falls under the concept of universal jurisdiction. Any nation can prosecute and take serious action against the perpetrators.

Other than these crimes there are various others like Discharging waste (which considering the quick deterioration of natural resources is a major concern), sailing and fishing in unauthorised areas, carrying illegal weapons and many more.

These crimes are often overlooked and the guilty mostly get away with it due to the lack of a proper responsible governing body.

The reality of the situation in the high seas or international waters in present times is extremely saddening for various reasons. Crimes are rampant and the law is too weak and hazy to actually maintain law and order.

One of the main reasons for it turning into a lawless frontier is the fact that as times progress the relations between various countries have deteriorated due to reasons like want of power, trade disagreements etc. This crack in relationships has affected the concept of universal jurisdiction as it brings in jurisdiction disputes.

One of the major recent disputes is the one that persists in the South China Sea. The dispute is largely about the claim on various islands and parts of water bodies. It includes countries like Brunei, Philippines Malaysia, Indonesia and many more. Jurisdiction of various coral reefs, islands, and natural resources like crude oil. China, however, has taken up an aggressive method to prove what it claims is it’s right. A Chinese nine-dash map published 70 years ago is the root of this dispute. China has since taken up various steps like building military bases on artificial islands. The ICJ case filed by the Philippines against China and involves the legality of the nine-dash line. China, however, refused to participate and Cooperate with the arbitration tribunal appointed. It took the matter further by ignoring the tribunal’s decision which favoured the Philippines.

Therefore, when a crime is being committed in disputed waters, it is extremely confusing to determine which country has jurisdiction.

Another commonly misused but widely accepted provision is that of Innocent passage when discussing this provision mentioning Article 14 of the Convention of Territorial Sea is a must. The article states:

1. Subject to the provisions of these articles, ships of all States, whether coastal or not, shall enjoy the right of innocent passage through the territorial sea.

It also explains in sub-clause 4 this clause can be used as a defence only if the vessel passing through has in no way be prejudicial to the peace, good order or security of the nation in question.

However, in recent times the provision has been misused widely and hence brings in the harsh reality that crimes committed in the Mare liberum(High Seas) have been grossly violating Human rights but also been going unchecked at an alarming rate.