This article is written by Jaya Mishra, pursuing a Diploma in Industrial and Labour Laws from LawSikho.com. Here she discusses “Recent Changes in National Pension System and their Impact”. 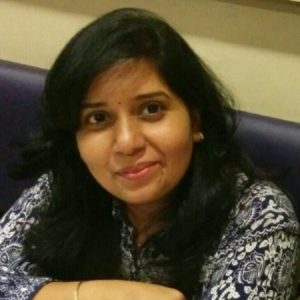 Central Government of India is constantly striving to energies security and benefits to old citizens of India after their retirement. National Pension Scheme (NPS) is one such initiative made by the government of India in the year 2004. National Pension Scheme is a government-sponsored pension scheme as well as an investment scheme which is launched in order to provide old age security to all citizens of India. The registered owner of this scheme is the National Pension System Trust (NPST) which is established by the Pension Fund Regulatory and Development Authority (PFRDA).

The Central Government had announced the National Pension System (NPS) with effect from January 1, 2004. All the employees of Central Autonomous Bodies who have joined on or after the above-mentioned date are also mandatorily covered under Government sector of NPS. In this sector employer and employee, both contribute the same amount in NPS. This is not eligible for armed forces.

Corporate Sector Model is the made-to-order version of NPS to ensemble various organizations and their employees to adopt NPS as an organized entity. This was done with the thought of improving the employee-employer relationship.

All Citizens of India

All those citizens who are not covered in any of the above categories are free to invest in NPS for all citizens of India sector from May 01, 2009.

In nutshell, all citizens of India between the age of 18 – 60 years can opt for this scheme. Even the NRIs can invest in this scheme unless there is no change in their citizenship. Also, there can be only one NPS account for each individual and it doesn’t provide any joint NPS account option.

As we have got the basic understanding of NPS, now let’s understand the changes that are proposed in the new pension scheme.

This is also called a retirement account which is the mandatory account. All NPS models (Central Government, State Government, Corporate and All citizen) have few differences in rules but general rules state that there should be a minimum of 1000 INR per annum investment to keep the account active. This is locked till the age of 60 years of the holder and can be extended till the age of 70 years. One can make only three partial withdrawals from the tier 1 account during your lifetime that too on grounds such as marriage of children, home purchase, health issues, etc. This overall withdrawal (tax-free) cannot exceed 25 % of your contributions and that too can be availed after 3 years of opening account. There can be an unlimited time you invest in a year but the minimum amount at a time must be 500 INR. There is no fixed returns or interest but over a decade it has been an observer that there is 8-10% of interest paid.

Once the NPS account is mature the new scheme offers 60% withdrawal tax-free and the remaining 40% needs to be invested in Annuity for regular monthly pensions. Though in the previous plan out of the 60% withdrawal amount 20 % was taxable.

In the new scheme, the government is offering 14 % contribution from the employer’s part which was 10 % in the previous plan. The employee is still free to invest 10% of their basic+da.

This is a voluntary account but can be opened only after getting the Tier 1 account. Tier 2 account is a non-retirement account. There is no minimum account balance to maintain in Tier 2 account but to open it a minimum of INR 1000 is required. For Government employees, NPS Tier 2 Account will be eligible for tax deduction under Section 80C up to Rs 1.5 lakh per annum with a locking period of three years. But currently, there is no such benefit in Tier 2 for private employees. NPS Tier 2 does not have a fixed rate of interest. It gives returns by investing your money in the 4 NPS asset classes – equities, corporate bonds, government bonds and alternative assets. The withdrawal from tier 2 can be done as and when required.

By opting for Corporate NPS both employee and employer get the following benefits:

The employee contribution up to 10% of basic plus DA is deductible under Section 80 CCD within the limit of Rs 1 lakh.

The employer’s contribution up to 10% basic plus DA is allowed as deduction under Section 80CCE over the Rs 1 lakh limit.

The employer can claim tax benefits by showing the amount contributed to the pension of employees as ‘business expense’.

The tax benefit on employer’s contribution has been offered since December 2011.

NPS Tax advantages for all

There is a deduction of up to Rs. 1.5 lakhs to be claimed for NPS – for your contribution as well as for the contribution of the employer.

– 80CCD(1) covers the self-contribution, which is a part of Section 80C. The maximum deduction one can claim under 80CCD(1) is 10% of the salary, but no more than the said limit. For the self-employed taxpayer, this limit is 20% of the gross income.

– 80CCD(2) covers the employer’s NPS contribution, which will not form a part of Section 80C. This benefit is not available for self-employed taxpayers. The maximum amount eligible for deduction will be the lowest of the below: a. Actual NPS contribution by employer b. 10% of Basic + DA c. gross total income.

– You can claim any additional self-contribution (up to Rs 50,000) under section 80CCD(1B) as NPS tax benefit hence overall it allows a tax deduction of up to Rs 2 lakh in total.

National Pension Scheme is very portable and would provide a hassle-free arrangement for the individual subscribers. There are various options for investment provided by NPS. Central government employees covered under NPS will get more flexibility in terms of choice of pension fund managers. Also, they will be offered more choice in patterns of investment (debt and a combination of equities and debt). 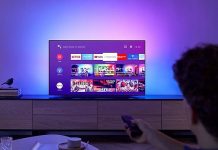 OTT platforms and their regulation 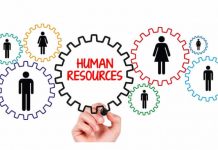 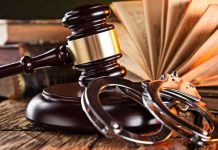 Application for discharge under section 239 CrPC, 1973