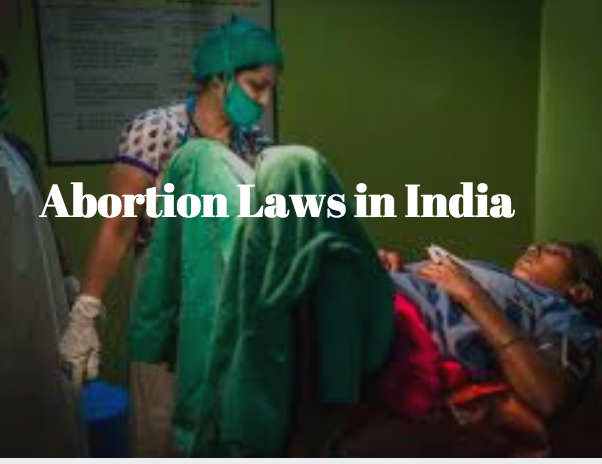 This article is an attempt at understanding India’s abortion laws. It aims to critique these laws with the help of the following research questions-

History of the Pro-Choice Movement

“Pro-choice” movement is the phrase used to describe a woman’s bodily right to continue with her pregnancy or use medical procedures to go bring it to an end. Such medical procedures should be legally approved and medically safe. Abortions had been prevalent way back in 450 BC, as suggested by the works of Hypocrites. In 4th century AD, abortion was allowed only till the first three months of pregnancy. In the middle ages and until the 1900s, abortions were not allowed legally in many countries. For instance, England in 1869 came up with a legislation called “Offences Against the Persons Act”, that outlawed abortions for any reason.

The first country to allow termination of pregnancies on a slew of legal grounds was the Union of Soviet Socialist Republics (USSR) in 1920. Nazi Germany, practised selective abortions, as seen in the 1933 legislation called “Law for the Prevention of Progeny with Hereditary Diseases”, that was used to terminate differently abled children. They were closely followed by Japan in 1948 and several European countries in the 1950s. Interestingly, Britain reversed its stand in 1967 and started allowing abortions. USA has a fractured history of abortion rights. In the 1950s, the medical community in America started discussing “planned parenthood”-a subtle synonym to describe abortions. This laid the ground for the American legal institute to plead for abortions to be legally allowed in cases other than rape in 1959.  In the 1960s, Mississippi, California and Colorado became the first states to allow abortions. However, by the 1970s, only 16 of the 50 states supported the abortion rights movement. Later due to the US Supreme Court’s decision in Roe V Wade, in 1973, allowed abortions nationally. This, however, caused a political and legal friction between “pro-life” groups and abortion lobby in America[2].

According to medical data collected worldwide, 25 per cent of all pregnancies have resulted in abortions between the years 2010-2014. However, due to medical inadequacies and legal restrictions, only half of them are performed in safe medical conditions. As a direct consequence, roughly half a lakh women lose their lives and up to 5 million women are disabled for life. According to available data, of the 56 million odd abortions in more than 180 countries, between 2010-2014, only 55 per cent were conducted in a safe manner. The rest of them took place in unsafe conditions, roughly 3/4th of which could or did result in the death of the aborting mother[4].

The World Health Organisation (WHO) has repeatedly sought legal approval of abortions as a regulatory framework ensures the greater bodily safety of women. For example, in about 60 nations where abortion laws have been liberal, over 90 per cent of the abortions are carried out in completely safe conditions. This is in sharp contrast with about 60 developing countries with relatively stringent abortion laws, where only half of all abortions were carried out in safe conditions, while in countries where abortions are mostly disallowed, only 1/4th of all abortions are safely carried out. In India, the mortality rate amongst aborting mothers is relatively high. About 3,500 women die annually due to botched up abortion procedures, with every 2nd abortion procedure being carried out in very unsafe conditions. These deaths can be prevented with a better regulatory framework[5].

Legal Framework for Abortions in India

Owing to its colonial legacy and Great Britain’s act of outlawing abortions between 1869 to 1967, Section 312 of the Indian Penal Code (IPC) disallowed as an induced act of miscarriage. However, post-independence things changed significantly. In 1952, India introduced family planning programme to check its expanding population. In 1964, the Central Planning Commission formed a committee- under the leadership of the Health Minister of the state of Maharashtra, Shri Shantilal Shah, to look into the need to bring in changes to the IPC and introduce other needed legislation to deal with termination of pregnancies purposefully. The committee submitted its report in 1966, which called for deletion of Section 312 of IPC and the need to bring in a special law to deal with termination of pregnancies. They cited the changes in Great Britain’s abortion laws to support the need for India’s abortion laws to be changed. As a result, an exclusive abortion-related legislation- the Medical Termination of Pregnancy (MTP) Act, 1971, came into being[6].

MTP Act is in force in all parts of the country except Jammu and Kashmir. It follows stringent regulations to allow abortions. For example, only registered medical practitioners, approved under section 2 (h) of Indian Medical Council Act, 1956, can carry out the termination of pregnancies via induced miscarriage. It only allows gynaecologists or obstetric specialists to carry out acts of termination of pregnancies. MTP Act allows pregnancies to be brought to an end in the first three months with the approval of only a single registered medical specialist. But, if the duration of pregnancy has crossed five months, the approval of at least 2 medical specialists is needed. The termination in case the duration of 5 months has passed, is approved on the following grounds under section 3 of the MTP Act – progeny conceived from an act of sexual harassment, the child suffering from any disability detected before his/her birth, mother’s life is at risk etc. MTP Act also allows induced miscarriage of pregnancies to be carried out in cases of children aged less than 18 years with the consent of their parent/s or legally approved guardian/s. Similarly, in cases of persons of unsound mind, consent of parent/s or legally approved guardian/s is needed for induced miscarriage[7].

MTP Act has been complemented with several rules and regulations over the years. For instance, the Union government in 2003 came up with the “MTP Regulations”, which is to be followed in all centrally administered territories or Union Territories (UTs). According to the aforementioned regulations, all the Registered Medical Practitioner (RMP), must maintain abortion records and submit them to the Chief Medical Officer (CMO). The union government asked states to follow suit and come up with similar laws to regulate abortion procedures. The union government also came up with the Comprehensive Abortion Care (CAC) Training and Service Delivery Guidelines, 2010, which has been amended in 2014. It aims to train medical practitioners and staff to clamp down upon the deaths of mothers from unprescribed induced miscarriage practices. The Pre-Conception and Pre-Natal Diagnostic Techniques (Prohibition of Sex Selection)  (PCPNDT)Act, 1994, has also been used to supplement abortion laws and regulations to ensure that girl child deaths through illegal induced miscarriages are looked into and avoided in the future[8].

Indian Institute of Population Studies (IIPS), an NGO dealing with demographic studies, conducted a survey in 7 south Indian and an equal number of north Indian states to find out about the level of awareness amongst youngster aged 18-24 years regarding abortion procedures and laws in India[9].

Indian legislation dealing with abortions, while novel in its intentions and purpose, suffers from some procedural and legal hindrances that make its application problematic and creates unpleasant consequences as described below-

Therefore, in conclusion, while India’s abortion laws are indeed meant to help emancipate its women-folk, its application and substantive elements suffer from some serious follies. There is a need to update MTP Act to bring it in consonance with modern day technology and medical methods. There is also a need to amend POCSO Act to do away with its clash with MTP Act. India’s medical and legal infrastructure too needs improvement. Therefore, the need of the hour is for government and elements of civil society to come together and improve the substantive and implementational elements of India’s abortion laws and policy.

[1] All About Popular Issues, History of the Pro-Choice Movement, available at https://www.allaboutpopularissues.org/history-of-the-pro-choice-movement-faq.htm (Last visited on May 7, 2018).

[3] Center for Reproductive Rights, The World’s Abortion Laws (May, 2008), available at https://www.reproductiverights.org/sites/crr.civicactions.net/files/pub_fac_abortionlaws2008.pdf (Last visited on May 7, 2018).

[11] Livemint, Abortion comes at a steep price in India, November 10, 2017, available at https://www.livemint.com/Science/a5QMsT48DwglFGzgIzIQ6H/Abortion-comes-at-a-steep-price-in-India.html (Last visited on May 7, 2018).