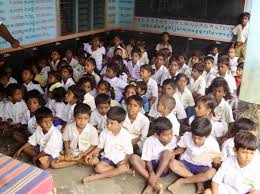 In this blogpost, Saumya Agarwal, Student, Amity Law School, Delhi writes about the no-detention policy, the reasons for its implementation, faults in the policy and the current status of the policy

Much uproar is being created over no-detention policy that was introduced during the UPA regime in 2009.The no-detention policy is based on Section 16 of the Right of Children to Free and Compulsory Education Act, 2009. The Section says that no child will be held back in any class or expelled from school till the completion of elementary education. This is adversely affecting the children in many ways. It is affecting their education and their all-round development.

No student up to class VIII can be failed or expelled from school. All the students up till Class VIII will automatically be promoted to next class. The policy was introduced under Continuous and Comprehensive Evaluation (CCE). It is a process of assessment under the Right to Education Act of India. The main aim of CCE is to evaluate every aspect of the child during their presence in the school. It was also done to reduce the workload of children by taking continuous tests of the students throughout the year. Under the new system, the student’s marks will be replaced by grades which will be evaluated throughout the year through a series of circular and extra-circular activities. Under the scheme, grades will be awarded instead of the marks to the students. The grades will be awarded based on work experience skills, dexterity, innovation, steadiness, teamwork, public speaking, behavior, etc.

The policy was implemented under RTE Act in 2010 for the holistic development of the students throughout the year and not just twice a year. The idea was also to reduce the number of dropouts from the schools. Many states already had no-detention policies. This was also done to reduce the pressure on the students of the exams twice a year, and rather they were evaluated throughout the year.

Earlier, it was common to see students repeat the class so that they can perform better the next year. The anxiety of failing made the students work harder. A week or two after the exams, the parents of the students would be communicated that their child is promoted to the next class.

The fact that the students will be promoted to the next class up till 8 is making them carefree and they have developed an easy going attitude. They don’t study as there is no fear of failing in them. There is no distinction between the studious and unscholarly students. The students are kept at the same parameter because even if don’t work hard they will be promoted to the next class.

Teachers especially resent this policy as it takes away the power they have over their students. The teachers cannot hold back or expel the weak students. The teachers complain about the children developing a lackadaisical attitude. A large number of teachers have reported that some of the students don’t even come for the exams as there is no fear of repeating the class.[1] The efforts of the teachers go to vain as the students don’t come to schools and even if they come, they don’t pay attention in class or even worse, they disturb the teaching environment of the class.

This, in turn, promotes coaching classes. These students don’t pay attention in class and to pass in the Board examinations they chose to go to these coaching classes. The students also lose out on a chance to develop better. Repeating a class gives them another chance to understand the syllabus better which is taken away from them when they don’t repeat the class. The student, their parents, their teachers don’t know where the student stands.

The policy makers forgot the fact that all the students don’t learn at the same rate. There are some slow learners who require extra attention and care from the teachers. There is a large strength of the students in the schools these days; the slow learners are often ignored. To address them, Rashtriya Madhymik Shiksha Abhiyan (RMSA) was introduced which is a three-month programme for students of class IX before the final exams.

All this has really deteriorated the quality of students in the country. Many states have asked the Union Human Resource Development Ministry to scrap the no-detention policy.

The states have given a positive response in scrapping the policy. More than 20 states have asked the central government to revoke the policy. However, the ministry seeks a positive response from all the states. Till then they will not do anything. The Union HRD minister has also said that the ministry will come to the conclusion only after comprehensive discussion with academicians, institutions and psychologists.

However, the ministry seems to be in no hurry to abolish the policy but on the basis of the recommendations of CABE (Central Advisory Board of Education) it has made it clear that it will reintroduce the class promotions in schools as students are not taking their studies seriously under the current system.

The Union HRD Ministry is yet to make a decision on the issue, but the Delhi Deputy Minister Manish Sisodia has introduced the Right to Children to Free and Compulsory Education (Delhi Amendment) Bill in the Delhi Assembly. He proposed the amendment of Sections 8 and 16.

It is proposed to bind the State Government to ensure quality education and to provide that children may not be promoted to higher classes unless they have acquired class appropriate learning level.

He has also written to the Union HRD minister that the no-detention policy should be restricted up to class III.

What will have to be done?

If all the states agree and on the ‘comprehensive discussion with academicians, institutions and psychologists’, the HRD Ministry will have to amend the RTE Act.

The Union HRD Ministry should introduce the amendment in the RTE as quickly as possible. The state governments should also cooperate with the ministry so that they can all reach a consensus. Also, the opinion of the experts should be taken, and the discussions should materialize swiftly as many people will be affected by the decision.

Other states should also introduce similar amendments in their Legislative Assemblies as the future of the nation is at stake. If the youth of the nation will have such a laid-back attitude, then what will happen to the nation? The problem needs to be addressed as promptly as possible.