The article is written by Shubham Choudhary of The West Bengal National University of Juridical Sciences, the author has discussed the various differentiation between Law of Torts and Law of Crime and has taken a wider perspective to study the subject. 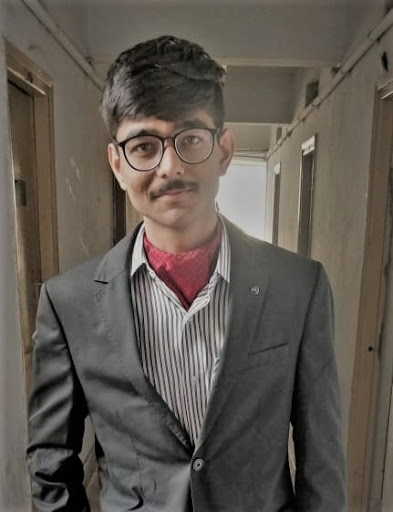 What is the Law of Torts?

Sir John Salmond explains torts as “Torts as civil wrong for which the remedy is common law action for unliquidated damages, and which is not exclusively the breach of contract or the breach of trust or other merely equitable obligation”.

In simple words what constitutes torts is, when there is a wrongful act and that was the result of the breach of duty of care and that breach has caused damage to a person which he legally entitled to and has a remedy in a court of law, it results in torts.

The new emerging definition is simply that it is a civil wrong where a person can sue another without any pre-existing relation which is in the case in Law of contracts and person can himself and not the state which is the case in Criminal Law, where one is relying on the state or its authorities for suing another person.

What constitutes the law of torts?

From the above definition the important elements of Torts can be highlighted as:

What is the Law of crime?

Austin defines crime as “A wrong which is pursued by the sovereign or his subordinates is a crime”.

In other words, crime is wrong in which the state will sue the wrongdoer because the state had forbidden the acts and when done are punishable by the court.

In a more lucid manner crime is a violation of the law, which is laid down by the authorities and when such laws are violated by the individual the person is taken to the task by the state. These laws are provided by the government in various statutes and acts passed by the government.

What constitutes the law of crime?

The important ingredients are Mens Rea and Actus Reus:

From the following definitions and explanations, we can form these differences:

Who can sue and who can be sued?

Illustrations: Mike and Louis were neighbours. Mike used to make a lot of sound pollution due to the loud music he used to play. In this case, it is Louis who can go to court for breach of his right to peaceful enjoyment of his property. The state will not interfere in this neighbourhood feud.

In torts law both the individual and state or corporation can be sued, because these rights can be violated by anyone and all can be liable to pay damages to the person entitled to it.

However, in criminal law, it is the state that will go to court for the commission of the crime, because the criminal tends to affect the society at large, so it is the responsibility of the state to take the matter in its hand and its consequences have a large role to play in society. It violates the right in rem i.e. violates the right of public at large.

Illustrations: Harvey and Louis were enemies. One day Louis murdered Harvey, then the prosecution will be taken by the state, not by representatives of Harvey.

What is the remedy in the Law of Torts and Law of crimes?

But in criminal law, when the person convicted, he is awarded punishment. The objective is to make deterrence from further committing the crime which is in the best interest of the society. The quantum of punishment is measured by the nature of the act and punishment given in various codes and statutes.

Another important matter is one can mitigate his right to go to court in case of breach of right in torts law or waive his right for compensation however this is not the case for criminal act, one cannot waive his right and the person will be punished no matter one wants to sue or not for the best interest of the society and is prosecuted by the state.

On whom the burden of proof lies?

In torts law, the burden of proof is just of preponderance of evidence where it is to satisfy the court of probability of chances of the commission of the act whereas in criminal law it is beyond reasonable doubt, the threshold is much higher in criminal law than civil or torts law because the stake in criminal law is the life of a particular person but in civil law stake is not that high, it involves only damages.

What are the sources and developments?

The torts law has developed through various precedent and there is no Act or statute in India for the law of torts and major developments have been through court judgement and precedent is the most important source of torts law.

It is no wonder that suit for Torts would be in civil court and that for the law of crime in criminal law.

What is the Reason for differences?

These differences are due to the nature of the act. The tort law applies when there is a breach of a person’s individual rights, but these are less damaging to society and can be results of accident or negligence. Due to these features’ damages are awarded to restore the loss caused to these acts and no further action is taken to cause deterrence.

However, in criminal law, these acts are so grave and dangerous in nature that affects society at large. Due to these factors, they are not mitigating in nature further to cause deterrence in the society these people are awarded imprisonment which is in the best interest of the society.

The similarity between Crime and Torts?

It is not true that the Law of Torts and crime are different sports altogether, there are many similarities in both of them and are different players of the same sports.

First, they both are the resulting breach of particular persons’ right, one cannot have an action in either torts law or criminal law if there is no breach of any right.

There are many wrongs which are covered under both civil and criminal wrongs like nuisance or fraud which are wrong under both torts and is a crime under criminal law.

Both the laws overlap each other, such as there are many wrongs in criminal law which don’t require intention but can be convicted without Mens Rea in the first place. Example of such crime is strict liability crime which is punishable without any fault or intent of the person.

Similar is the case of Torts law, there are many wrongs which require an intention to be proved in order to constitute torts. Example of such wrong is Conversion, Trespass, Assault, Battery, fraud. Though these come under the purview of torts, they all require intention in order to prove them as wrong.

With the following differences, we can conclude that the difference between both the laws is due to their nature and objective that both laws want to achieve, that changes the perspective and scope of both the laws. However, both laws are not completely different in watershed compartments. Amidst the differences, there are many similarities that widen the scope of the laws. Though these laws are different, both have the same objective to make harmony and make law and order in society.

Both the laws have evolved over time according to the needs of society and are continuously changing in their fields and are helping to survive in the need of the hour.