This article is written by Tanmaya Purohit, pursuing a Diploma in Companies Act, Corporate Governance and SEBI Regulations from LawSikho.com. Here he discusses “Can a disqualification incurred by a director for Non-Filing of Financial Statements be removed? How?”. 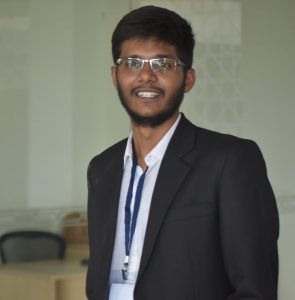 As per the provisions of the Companies Act, 2013 (hereinafter ‘Act”), an existing director in a company can be disqualified on two criteria – a) if he/she has not filed the annual returns or the financial statements for a period of three years without break, or b) if the director in question has been unable to repay the deposits accepted by it, or the interest thereon over such deposits, or any other payment in the likewise. Further, the office of a director is declared as vacant under the Act, once such disqualification as mentioned under Section 164 is incurred. This article explores the disqualification of such directors, in particular when such disqualification is incurred due to the concerned director has not filed the requisite financial statements for a period of three years continuously, the relevant provisions for the execution of such disqualification, as well as the ideal procedure to render such disqualification null and restore the Director Identification Number (DIN) of the concerned director.

Disqualification under Section 164 of the Act

Section 164 of the Companies Act, 2013 lays down the criteria on the basis of which the director of a company can be disqualified from his post. The criteria as mentioned herein under the Section can be broadly included under two categories – a) when the director is being appointed, and b) when the director has been appointed and fails to comply with certain requirements subsequent to such appointments. The disqualification clause under Section 164 under the sub-section 2 is generally read alongside the Section 167 of the Companies Act, which lays down the grounds due to which the office of a director may be declared vacant under the Companies Act. Under the section, once a director has incurred the disqualification underSection 164, the office may be declared vacant.

This article shall explore the grounds that have been mentioned under the Section 164(2)(a) of the Act, i.e. when the director in question has failed to file the annual returns or the financial statements for a continuous period of three years. The said section also lays down the consequences of such default on the part of the director, such that once such disqualification has been incurred under Section 164(2), the concerned director shall become ineligible for reappointment as a director in the given company, or any other company for that matter, for a period of five years from the date of failure of the director to file the returns.

The Act also stipulates the situation where a director, even though after being aware of the disqualification under Section 164, if he continues to hold the office after it has become vacant, the penalty under the Act includes imprisonment for a period of up to one year, or a fine which is not less than 1 lakh rupees, and which may extend up to five lakh rupees, or with both. The implementation of the provisions under the Section 164 was seen prominently when in 2017, the Ministry of Corporate Affairs (MCA) vide its notification dated September 12, 2017, listed as many as over 3 lakh directors as disqualified by virtue of Section 164(2) of the Act.

At the same time, there was an ongoing debate over the retrospective applicability of the provision of disqualification under Section 164(2), and the NCLT laid down its decision in the case Vikram Ahuja v. Greenstone Investments Pvt. Ltd., stating that the applicability of the provision shall be counted from the period when such instance of non-filing began. The NCLT stated in the case that the question of retrospective or prospective application of the provision did not arise, rather Section 164(2)(a) shall apply from the time when such non-filing began in the past. Several decisions at later stages built upon this rationale and established that the operation of provisions under Sections 164(2) and 167(1) shall not be retrospective.

Subsequent to this disqualification, the COD Scheme (Condonation of Delay) was introduced by the MCA vide its notification dated 29.12.2017. The scheme was designed by the MCA as a means to allow the aforementioned defaulter directors with a means to submit the financial statements or other relevant documents within a given period. This scheme came as a successor to the Company Law Settlement Scheme, 2014. Although the predecessor was intended to serve a similar purpose, it was not able to do so. CODS allowed the disqualified directors with a window of three months, within which they could file the documents. During this window, the notification provided that the DIN of the disqualified directors would be reinstated so that they may be enabled to file the documents till the said scheme would be valid. The scheme within it laid down a procedural framework which could be followed by the disqualified directors to file the documents which were overdue.

The companies whose directors had been disqualified under Section 164 were expected to file the overdue forms as per the COD Scheme and were expected to file the e-CODS form on the MCA21 Portal, the fee for the filing of which was Rs. 30,000/- only. Additionally, the defaulting companies under this scheme were also supposed to pay the statutory fee as provided under the Companies Act, 2013 for the delayed filing of these documents. However, although the scheme did allow for the filing of overdue documents, there were still certain documents which were not allowed to be filed on a later date as a virtue of this scheme, each of which documents were specified in the General Circular No. 16/2017.

However, of all the directors which were disqualified by the MCA vide its notification in 2017, there were many directors which were unable to make use of the window which the COD Scheme provided to them to file the requisite overdue documents. Subsequent to the time-limit under COD scheme having elapsed, the remaining disqualified directors of the companies which had been struck off from the Register of Companies, were left with only two forms of further remedies –

The Delhi High Court further clarified the position for the companies which had been unable to take the advantage of the window provided under the COD Scheme because the companies were unwilling to revive themselves, stating that given that the companies have not been active at all for the preceding three years, the same shall be considered as the voluntary striking off, and after that, the e-CODS form shall be considered by the Registrar with sympathy. The situation as was laid down in 2017 was later reaffirmed and reiterated in the November 2019 judgement of Mukut Pathak & Ors. v. Union of India & Anr.18, wherein the court considered the amendments of 2018 and decided that Sections 164(2) and 167 shall not operate retrospectively.

Needless to say, once a disqualification has been incurred by a director on account of not having filed the financial returns, more recently, the latter of the two alternatives mentioned above is a relatively safer way for the removal of such disqualification. The alternative seeking revival of the company can be a failed method, whereas the claim of rights by approaching the judiciary under Article 226 has proven to be a far more fruitful approach for removal of the disqualification of a concerned director who has been disqualified under the Section 164(2) of the Companies Act, 2013. 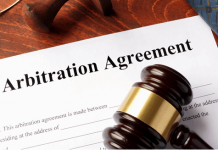 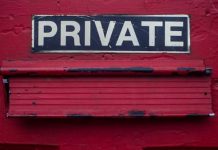