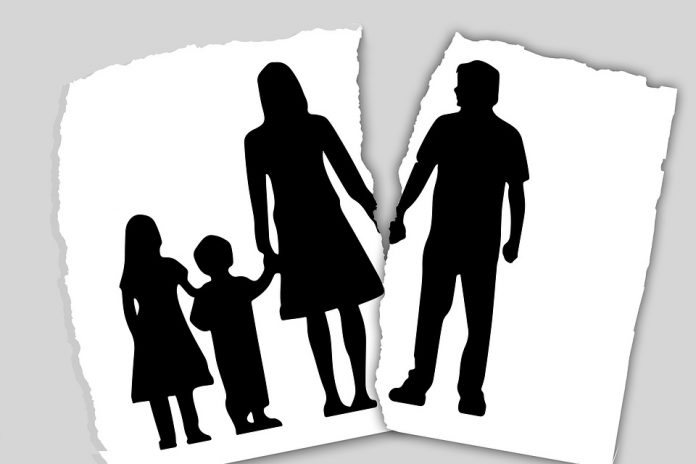 This article is written by Vaishali Jeswani, a student from Hidayatullah National Law University. In this article, she discusses the divorce and maintenance laws in India as per various legislations.

In ancient times, Marriage in India was considered a sacrament; so pure a bond that it couldn’t be broken for 7 life-times. At present, Marriage has lost its sacramental nature somewhere among the modern Hindu laws and ever-growing society. Concept of most laws in India is brought from English laws; without noticing the nature and vulnerability of the Indian culture. However, the current situation across the country requires the provision of divorce. When one is provided with the Right to life as a fundamental right, he/she gets the right to decide to live or not to live with somebody and the same cannot be denied.

Divorce takes place when the dissolution of a marriage is approved by a court or any other competent body. The parties.i.e. Husband and wife are afterwards not bound to perform the duties inside a marriage, the bond of marriage breaks the moment divorce is approved.

Maintenance is when a marriage is dissolved, certain rights come into existence. The wife is allowed to ask for maintenance from the husband, to preserve herself and her child in some cases. It is provided to provide the wife with general expenses and to put her in comfort by minimising the loss. Certain laws in India. i.e. The Hindu marriage Act,1955 provide both the husband and wife, right to claim maintenance; Some additional benefits are given to the woman under the Hindu Adoption and maintenance act, this act applies only to Hindus.

The law relating to divorce and maintenance differs from religion to religion. The amount is not fixed, but varies as per the condition of living of the couple, the income of husband and wife, no. of people dependent on the husband for their survival. It is either upon the couple to agree on an amount or do it as per the order of Court. It can either be paid in lump-sum or on monthly basis. There are certain grounds based on which maintenance can be denied.

Laws Relating to Divorce in India

There are 2 categories of Divorce petitions in India, through which the couple can be judicially separated; they are:

Divorce under Hindus in India

The Husband and wife mutually agree to get divorced. They have to prove that they are living separately from past 1-2 years, Section 10A of Divorce Act, 1869 requires separation from 2 years and as per Section 13B of Hindu Marriage Act, 1955 and Section 28 of the Special Marriage Act, 1954, the parties should not be living together for at least 1 year before the divorce proceedings begin. Maintenance, child custody and property rights are more easily settled in this case. The couple goes through less trauma and expenses in case of mutually agreed divorce.

In this case, the petition needs to be filed in the court by the respective lawyers of the parties and court after going through the documents proceeds further. The waiting period of 6 months is given to the parties in the hope that there would be reconciliation, but after six months if the parties still want a divorce; they need to move the court within 18 months from the filing of such petition.

One party goes to the court asking for a divorce. The party needs to state a valid reason for doing so, and no party can get a decree without proving a reasonable ground for the same. Under Section 13 of Hindu Marriage Act, 1955 the grounds can be:

Desertion: When one spouse deserts another without stating a valid reason.

Conversion: When a party converts from one religion to another.

Mental disorder: If the spouse is unable to perform the normal duties and responsibilities inside a marriage due to reason of mental disorder.

Presumption of Death: When one spouse is missing from over 7 years and the other spouse has not heard from him/her then the presumption of death can be taken and a petition for divorce can be filed.

Communicable Disease: In case a spouse has a disease which can be communicated to another, the other spouse can approach the court for a decree of divorce.

Renunciation of the world: One spouse becomes sanyasi and gives away the worldly pleasures.

These are certain grounds based on which both the husband and wife can approach the court for a decree of divorce. Some grounds are provided solely to the wife, that are:

In such cases, the petition needs to be filed in the court along with all the necessary documents, if the court after going through the petition is satisfied they move towards further proceedings. At first, Mediation is suggested to resolve the dispute; if it fails then the court invites both the parties to appear before the court on a fixed date. After hearing both the sides, the court decides the issue. An aggrieved party can approach the court within 3 months after the passing of such an order.

Divorce under Muslims in India

There are 2 processes through which a Muslim in India can seek a divorce:

Judicial Process by The Dissolution of Muslim Marriages Act, 1939

Section 2 of the Act specifies the following grounds on which the Muslim women can seek a divorce in India:

Divorce under Christians in India

Section 10A of the Indian Divorce Act 1869, provides for 2 ways in which a Christian can obtain a decree for divorce:

Divorce under Parsis in India

Divorce under Parsi’s in India is governed by the Parsi Marriage and Divorce Act, 1936:

To protect the interests of wife after the dissolution of marriage, the courts provide for maintenance so that the wife can be brought back to the same position as she would have been in if the divorce was not granted.

According to the Hindu Adoption and Maintenance Act, 1956 and Hindu Marriage Act, 1955 a woman has the right to claim maintenance. During the proceedings, if the court concludes that either the husband or wife does not have any source of income, the court allows maintenance to the petitioner from the respondent.

Under the Muslim Law, Maintenance (nafaqa)  is provided to the wife during the period of iddat, if the wife is pregnant during the period iddat she can claim maintenance for 2 years from the date of birth of a child or if they had a child at the time of divorce the wife can claim maintenance till the time she remarries or the child becomes dependent. If a provision for special allowances was there in the contract of marriage that needs to be provided to the wife. Muslim Women (Protection of rights on divorce) Act, 1986 governs the provision of maintenance under Muslims.

The Indian Divorce Act governs the law relating to maintenance in Christians. It says that a woman can be allowed maintenance but it should not be more than one-fifth of the husband’s income also there is a precondition that says the wife should remain unmarried and chaste. The amount depends on the wife’s income, husband’s property and his income and various other factors.

The Law in case of Parsi’s is similar to Christians in this case. The difference is that the husband can also claim maintenance and it is not provided after the death of the person paying it.

This Act allows the wife to raise a claim for maintenance from the husband depending on his income and property, her income, their behaviour and various other circumstances. The court which passed the decree can modify the decree if it feels there are changes in the circumstances of the case.

India is a Secular Country. People from different religions reside here, the personal laws of the Parties are given an upper hand while dealing with the personal issues of the party. But, at the same time violation of Constitutional Rights is not tolerated as it happened in the case of triple talaq, where the man was given utmost power to divorce his wife without acknowledging her wishes; the court struck down triple talaq as it was treating a woman unequally. Maintenance is often seen as a biased favour granted to woman, but looking at the vulnerable nature of a woman her dignity and needs are to be protected in the best way possible. Further, the amounts vary as per the condition of both the husband and wife and in certain cases the court may reduce the amount taking into consideration the condition of wife. Some Laws in India provide maintenance to the husband in certain cases. Whereas Mutual Divorce is generally less traumatic for the parties and their families, contested divorce brings more problems which relate to child custody, maintenance and other things.