ArbiThis article is written by Veena Pranathi who is pursuing a Certificate Course in Arbitration: Strategy, Procedure and Drafting from LawSikho.

The word separability means capability of being separated or causing separation. As in a contract, separability is a legal doctrine that allows an arbitration clause or an agreement to be considered separately from the underlying contract in which it is contained.

Given below is a sample draft of an arbitration clause:

In the event of any dispute arising between the parties with the matters related to profit sharing or undue delay in completing the work or any other dispute related to the terms of this agreement or any matter arising out of or connected with the contract etc., shall be referred to as a dispute under the Arbitration Act, 1996 and when such a dispute arises between the parties an amicable settlement has to be reached through discussion or other methods like mediation or conciliation within thirty days of the dispute. If all the processes fail, then the dispute shall be settled in accordance with the Indian Arbitration and Conciliation Act, 1996 and any statutory modification or re-enactment thereof and will be referred to the arbitration of a single arbitrator mutually accepted by the parties who shall conduct the arbitration proceedings in an ad hoc manner. The seat and venue of the arbitration shall be in ____ and the language of the arbitration will be in ___.

An arbitration agreement is defined under section 7 of the Arbitration and Conciliation Act. 1996.

Importance of the arbitration clause

Basically, there are two forms of agreements in arbitration. They are:

Generally, when there is dispute related to the validity of a contract in which an arbitration clause exists, a claim arises that since the contract is voidable, the arbitration clause cannot be executed. In this scenario, a question arises as to who should decide this matter. That is, whether the arbitrator himself or a court of a competent jurisdiction?

The United Nations Commission on International Trade Law (UNCITRAL) model law on international commercial arbitration incorporated the doctrine of separability in Article 16(1). This article states that:

The arbitral tribunal has the power to rule on its own jurisdiction and to resolve the issues including any objections related to the validity of the agreement or disputes arising out of the Arbitration agreement. But when an arbitration clause is included in a contract, it shall be considered separate and shall be treated as an independent agreement.

ICC Rules of Conciliation and Arbitration, 1975

Even the ICC rules give the provision for doctrine of separability under Article 8(4) under the heading ‘effect of the agreement to arbitrate’. This article states that:

Just because of a claim that a contract is null and void; the arbitrator shall not cease to have the jurisdiction to decide a certain matter through arbitration. Even though the contract itself is invalid, he shall continue to have jurisdiction to adjudicate the pleas and claims and to determine the rights of the parties.

The scope of this article is wide and far-reaching. For the purpose of ruling on its validity, it provided for the separability of arbitration agreement in a contract and it also empowered the arbitrators to determine the rights of the parties even after a determination that the main contract is inexistent or null and void.

In this case, Buckeye Check Cashing, Inc. is the petitioner and John Cardegna and Donna Reuter is the respondent. The respondents entered into various deferred-payment transactions with the petitioner. They included an arbitration provision for each separate transaction and signed a “Deferred Deposit and Disclosure Agreement”

At a later date, the respondents filed a lawsuit against the petitioner in Florida State Court, alleging that the petitioner made illegal loans by lending money at an interest rate that is higher than the rate permitted by law in violation of various Florida statutes and thereby rendering the contract void. In response to this, the petitioner filed a motion to compel arbitration and asked for stay because of the arbitration provision mentioned in the agreement.

The trial court denied the petitioner’s claim and ordered that the court should resolve this issue because the contract itself was null and void ab initio. The petitioner filed an appeal to the given order and the appellate court reversed the order given by the trial court and held that the issue has to be resolved by the arbitrator and not the trial court. The matter came up for review by the state Supreme Court and the petitioner was granted a writ of certiorari.

Can the respondent avoid arbitration by arguing that the contract in which the arbitration clause contained is null and void?

No, the respondent cannot avoid arbitration on this ground.

The supreme court of United States examined that the respondents challenged validity of the contract but not specifically the arbitration provisions. Therefore the challenge has to be considered by the arbitrator and not the court. Here the doctrine of separability arose out of 9 U.S.C.S. § 2.

Case laws relating to this doctrine

Few case laws relating to the doctrine of separability are given below:

Criticism against the doctrine of separability

Some of the critics argued that this doctrine takes away the right of approaching the courts from the parties. One of the major arguments is that it is conflicting with the arbitration law regarding the contractual approach. They argued that right to litigate is the main concept in law, but this doctrine fails to provide this right because of some defenses arising out of this doctrine.

Arguments in favour of this doctrine

This doctrine is an interesting concept. To be brief, this doctrine separates the arbitration clause from a contract and the clause acts independently regardless the validity of a contract.

However, some practitioners fail to apply it in its limited context. Some of them take an advantage from this doctrine properly and stall/delay in resolving the disputes and thus burdening the courts with petty cases. But if they use this doctrine wisely it will benefit the parties to a large extent without causing any inconvenience or unnecessary delay to the parties. 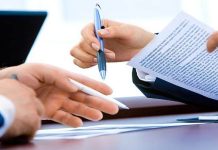 How to draft a PIL in environmental matters 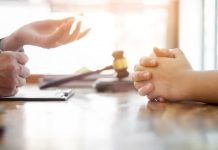