This article is written by Tulika Dixit, a BA LLB student from Chanakya Law College, Rudrapur. This article analyzes the utility of the Domestic Violence Act in light of contemporary pandemic, reviewing the cases impacting the current framework of laws against domestic violence, enumerates the impact of gender and differences in challenges faced by various groups in pandemic and at last suggests the socio-legal mechanisms to combat the newly emerged challenges of domestic violence.

Women are the most vulnerable sections of the society, especially in times of any crisis. Pandemics are no exception. Rather, they give rise to such an environment that due to the pandemic fear, the situation of conflict, post-conflict and displacement may exacerbate existing violence.  Today when the world is amid lockdown due to COVID-19, the condition of women has deteriorated further during this pandemic and become an important issue. Across the globe, the countries have surfaced the reports of increasing rates of domestic violence. Where the people are busy countering the health pandemic of coronavirus, this gender-based violence in the coronavirus lockdown period is emerging as the shadow pandemic through which women alone have to suffer and deal with. This pandemic has trapped the violence victims in hell with no escape. Abusive households with added financial stress, quarantines and stay at home advisories have become more explosive and eruptive. ‘Stay Home Stay Safe’ is the global norm enforced over the past few weeks to control the spread of virus but staying home is not safe at all for the violence victims.

Domestic Violence has no universally acceptable definition but when we talk about Domestic Violence, the first thing which comes to our mind is Intimate Partner Violence (IPV) but it also circumscribes child or elder abuse, or by any member of household.

“I object to violence because when it appears to do good, the good is only temporary. The evil it does is permanent.”

Billions of people may easily relate to this quote by Mahatma Gandhi. Domestic Violence is a form of violence which can happen with any person anytime. It is a conduct with devastating effects.  The violence victim can be anyone, spouses, sexual/ dating/ intimate partners, members, children, cohabitants etc. According to the World Health Organization, one in every three women across the globe experience physical and/or sexual violence by an intimate partner or sexual violence by any perpetrators in their lifetime. Domestic Violence encompass assaults ranging from simple assaults to aggravated bodily battery, kidnapping, threats, intimidation, coercion, stalking, humiliating, verbal abuse, forcible or unlawful entry, arson, destruction of property, sexual violence, marital rape, dowry or bride-price related violence, woman genital mutilation, violence related to exploitation via prostitution, violence towards household people etc. 70% of women in India constitute the victims of domestic violence. Globally, the victims of domestic violence are irrefutably women. In fact, domestic violence is one of the most underreported crimes against women across the globe. But unfortunately, Domestic Violence seems to be a forgotten agenda while locking down India.  With the inaugural announcement of a nationwide lockdown starting at 12 am on 25 March 2020, the government failed to craft a strategy to mark the possible fallouts. One such issue that was out of the extent of the govt. was the way out to deal with domestic violence in the country.

The Protection of Women from Domestic Violence Act, 2005

The Protection of Women from Domestic Violence Act 2005 is a parliamentary act which was enacted to protect the women from domestic violence which came into force by 26 October 2006. This act provides for the first time definition of ‘domestic violence’ making the purview of violence broad by including not only the physical but also emotional, verbal, sexual and economic abuse. This is a civil law for protection orders and not meant to be applied criminally.

The Domestic Violence Act is an act which provides for more effective protection of the rights of women guaranteed under the constitution who are victims of any sort of violence within the family and matters connected therewith or incidental thereto.

For the purpose of the explanation of the Act, ‘the Act’ also defines  “physical abuse”, “sexual abuse”, “verbal and emotional abuse” and “economic abuse”.

In a country like India wherein due to the patriarchal setup abusing women became an acceptable norm. The Protection of Women from Domestic Violence Act became consequently a commendable legislation. It contemplates and acknowledges wider varieties of violence towards women. Prior to this Act all different situations of domestic violence inside the family had to be dealt with under the offences that the respective acts of violence constituted below the IPC besides any regard to the gender of the victim. This posed a trouble where the victims befell to be youth or ladies who had been dependent on the assailant.

Impact of Coronavirus on Domestic Violence

The reviews of increasing quotes of home violence have surfaced across the globe. The motive for this upsurge takes place to be with safe heaven in-place measures and vast organizational closures related to COVID-19. The other contributory elements to this problem are stress and related chance factors such as unemployment, frustration, decreased income, restricted resources, alcohol abuse and limited social help are in all likelihood to be in addition compounded.

National Commission for Women acquired 587 complaints from March 23 to April 16, out of which 239 were associated to domestic violence. According to statistics shared via the NCW, 123 instances of home violence were received between February 27 and March 22. In the ultimate 25 days, the fee received 239 greater such complaints.

Not constrained to India only the trouble of domestic violence is perpetrated all over the world as a comply with up to the lockdown mandate. Thousands of human beings are maintaining a march in Paris tense the French authorities to take strong action in opposition to home violence In Mexico, the national network of women shelters has recorded a 60 percent increase in calls for help. Karen Ingala Smith, the founder of Counting Dead Women, a pioneering venture that records the killing of girls by men in the UK, has identified at least sixteen killings between 23 March and 12 April, including that of children.

As adversarial to the very confined response to these incidents with the aid of the Indian Government, some international locations like France and Spain had taken steps to help domestic violence victims out in these challenging times. But the negative aspect is that measures of such sort are not even a section of the Indian Government’s messaging. In India, ladies have been unable to resort complaints in opposition to their abusers at home, given that attaining out to the police was once now not effortless due to the lockdown. Adding to this trouble was the lingering concern of getting overwhelmed up by means of the police forces if they stepped out of their respective residing places.

Another element growing the situations of violence towards women, is the financial vulnerability that the lockdown has pushed numerous families into. The lockdown has brought on a loss of jobs to human beings working in the IT sector, as properly as the Construction sector. This has affected the unorganized sectors hugely. The lockdown has numerous economic as nicely as social costs. These economic fees frequently lead to social prices and stressed that this be seemed into more. To the failure of the authorities the helplines for each home violence and COVID- 19 did now not work and the NIMHANS helpline for dealing with all intellectual issues is a quite unrealistic approach.

At the instance of crisis, gender equality is a intention that is frequently put on hold. Gendered dimensions have a tendency to be seen as secondary, however, emergency responses that fail to consist of a gender lens are in precise possibility to exacerbate current inequalities, and in turn exacerbate outbreaks.

Policies and public fitness efforts have now not addressed the gendered influences of disease outbreaks. The response to coronavirus sickness 2019 (COVID-19) seems no different. We are now not conscious of any gender evaluation of the outbreak through world fitness institutions or governments in affected nations or in preparedness phases. Recognizing the extent to which sickness outbreaks have an effect on female and guys in another way is a integral step to appreciation the essential and secondary outcomes of a fitness emergency on distinctive humans and communities, and for developing effective, equitable policies and interventions.

Although sex-disaggregated statistics for COVID-19 exhibit equal numbers of cases between men and female so far, there seem to be intercourse differences in mortality and vulnerability to the disease. Emerging proof suggests that greater guys than women are dying, doubtlessly due to sex-based immunological or gendered differences, such as patterns and incidence of smoking.  However, modern-day sex-disaggregated facts are incomplete, cautioning towards early assumptions. Simultaneously, information from the State Council Information Office in China advise that greater than 90% of health-care people in Hubei province are women, emphasizing the gendered nature of the health body of workers and the hazard that predominantly woman fitness workers incur.

As the steps to contain the transmission of the virus may require extra stretches of isolation and confinement for the public, the government all round the globe, want to tackle the upsurge in domestic violence immediately. In this context:

This family violence that ladies go via in the society is basically a result of age-old patriarchal structure prevailing in India. The extent is so plenty that even in the time of herbal disaster like coronavirus which is the most unpredictable incident that has came about across the globe; female are having a real difficult time staying indoors. Therefore, the onus is now on the governments that whilst inserting the plans together to respond to one of the largest disaster mankind has ever faced referred to as as Covid-19, the  issue of domestic violence ought to be prioritized. In India, the government has neglected the want to formally combine home violence and intellectual fitness repercussions into the public fitness preparedness and emergency response plans against the pandemic. But as an alternative placing the blame on the authorities we should promote attention about home violence and spotlight the various modes through which complaints should be filed. 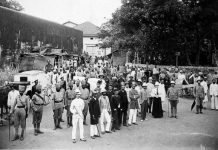 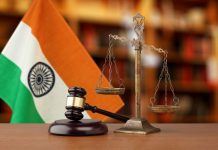 How to maximize your practical learnings – An interview with Mr. Abhijay Negi – Part 1 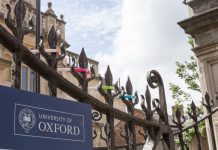