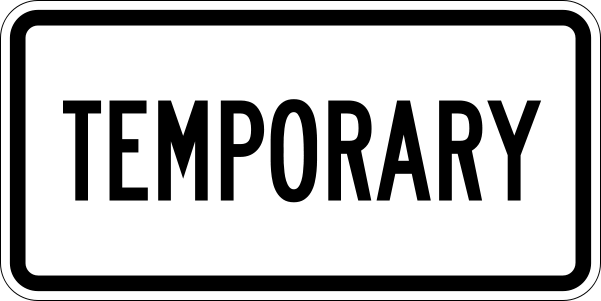 This article is written by Saumya Agarwal,  a student of Amity Law School, Noida, on temporary registration plate of vehicle

Registration of the Vehicles

The vehicles in India are registered under the Motor Vehicles Act, 1988 and the Central Motor Vehicles Rules, 1989. A vehicle that has to be registered has to be provided with an official document, Registration Certificate as a proof of registration of a motor vehicle. It is used primarily by the government as a means of ensuring that the road vehicles are on the national vehicle register.

Need for the registration of the vehicles in India

The Section also allows the State Governments to prescribe conditions subject to which the provisions of this section will not apply to the motor vehicles in possession of dealers.

Procedure of the Registration

For the registration of the vehicle the person should apply in the prescribed forms to District Transport Office in the person’s region within seven days of purchase, during public dealing hours, preferably between 10 am to 2 pm.

Procedure for registration of a vehicle is given in Section 41 of the Motor Vehicles Act.

How is the registration done?

An application by or behalf of the owner of a motor vehicle for registration shall be in such form and shall be accompanied by such documents, particulars and information and shall be made within such period as may be prescribed by the Central Government. The proviso to this is that if two or more people own the vehicle jointly then one of them on behalf of the all the other owners and the applicant shall be deemed to be the owner of the motor vehicle for the purpose of the Act. The application should be accompanied by such fee as may be prescribed by the Central Government.

The registering authority should issue to the owner of the motor vehicle a registration certificate in such form and containing such particulars and information and in such manner as may be prescribed by the Central Government.

The registering authority should also maintain a register about the particulars of the certificate in the form and manner as may be prescribed by the Central Government.

The registering authority shall assign to the vehicle for display a distinguishing mark consisting of one of the groups of such of those letters and followed by such letters and figures as are allotted to the State by the Central Government from time to time by notification in the Official Gazette and the distinguishing mark shall display and shown on the motor vehicle in such form and in such manner as may be prescribed by the Central Government.

The validity of the certificate of registration is for fifteen years from the date of issue of such certificate and shall be renewable. An application by or on behalf of the owner of a motor vehicle for the renewal of a certificate of registration shall be made within such period and in such form, containing such particulars and information as may be prescribed by the Central Government. The application shall be accompanied by a fee which is prescribed by the Central Government. The renewed certificate will be issued for a period of five years and intimate the fact to the original registering authority, if it is not the original registering authority.

According to Section 43, a motor vehicle may apply to any registering authority or other prescribed authority to have the vehicle temporarily registered in the prescribed manner and the registration should not exceed for more than one month and shall not be renewed. The proviso to the section is that a motor vehicle so registered is a chassis to which a body has not been attached and the same is detained in a workshop beyond the said period of one month for being fitted

A/F means ‘Applied For’ for the registration of the number. There is a need for the A/F status because during that time the dealer delivers the vehicle to the customer while they have applied for a permanent registration number. The period of providing the number for the vehicle was one month earlier but it has been reduced to one week. There is a growing trend of the involvement of middlemen and going for A/F number plates for an unlimited period of time. There are numerous cases where people flaunt A/F on number plate for months. Fines can be imposed but people get away by bribing the police when they are caught or they come up with an excuse like the dealer is at fault for the delay. These vehicles are sometimes used in criminal activities for transporting inside and outside the state.

A TC number is a temporary authorisation of transit in specific conditions. As per the law, the owner of a new car is not supposed to take possession of the vehicle until the registration is complete. Section 41 states that a trade certificate holder “shall not use any vehicle in (a) public place…”.

Trade Certificate is issued under Rule 34 of the Central Motor Vehicles Rules, 1989. Under the Section, an application for the grant or renewal of a trade certificate shall be made in Form 16 and shall be accompanied by an appropriate fee of Rs. 50. Also, separate application shall be made for each of the vehicles-

Under Section 35, on a receipt of an application for the grant or renewal of a trade certificate in respect of a vehicle, the registering authority may, if satisfied that the application that the applicant is a bona fide dealer and requires the certificates specified in the application , issue to the applicant one or more certificates as the case may be, in Form 17 (within thirty days from the date of receipt of such an application) and shall assign in respect of each certificate a trade registration mark consisting of the registration mark referred to in the notification made under sub-section (6) of section 41 and followed by two letters and a number containing not more than three digits for each vehicle, for example:-

TCI—Trade certificate number for the vehicle.

In a drive conducted by the Regional Transport Office (RTO) and Traffic Depart of Lucknow, 10 unregistered plying in the city were caught. According to a report of Times of India, “to drive a vehicle even with the A/F (Applied For) status is an offence. It is a misconception that people can dive with an A/F tag.” The Central Motor Vehicles Rules do not allow driving a vehicle without registration

Ideally, a vehicle registration should be obtained within a week. In case this is not done then the vehicle owner has to pay 5% of tax as penalty. However, during the drive, authorities caught vehicles which were not registered even after a month. In most the cases, though it is the fault of dealers, the owner ends up paying the penalty.

The vehicles are registered under the Motor Vehicles Act and the Central Motor Vehicles Rules. It is an offence to drive a vehicle with A/F status for a long time. So to curb this, the vehicles should get their permanent registration done as soon as possible. Moreover, dealers have the responsibility of not handing over unregistered vehicles to the customers. They should give vehicles with a permanent registration number to the customer.